Jangjorim is a soy-braised beef dish. It’s a slightly sweet, salty side dish that goes well with any Korean meal!

Jangjorim (장조림) is a soy-braised beef dish. It’s a slightly sweet and salty dish that’s meant to be eaten in small amounts as a basic side dish, mitbanchan (밑반찬). As such, a little bit of meat goes a long way.

Back in the day, when beef was scarce, jangjorim was an economical way to put some beef on the table for the whole family. It’s also a popular side dish for home-packed lunch boxes. Kids love it! Growing up, it was the most exciting thing to see in my lunch box. Thanks mom!

Which cut of meat to use

Beef eye round (called hongdukkaesal, 홍두깨살) is commonly used to make jangjorim. However, I like to use brisket (yangjimeori, 양지머리), flank steak (chimatsal yangji, 치맛살 양지), or shank meat (satae, 사태) because they are more flavorful and yield a better texture. The cooking time may vary depending on which cut of meat you use.

If you like pork jangjorim, use a lean cut such as pork loin or tenderloin. 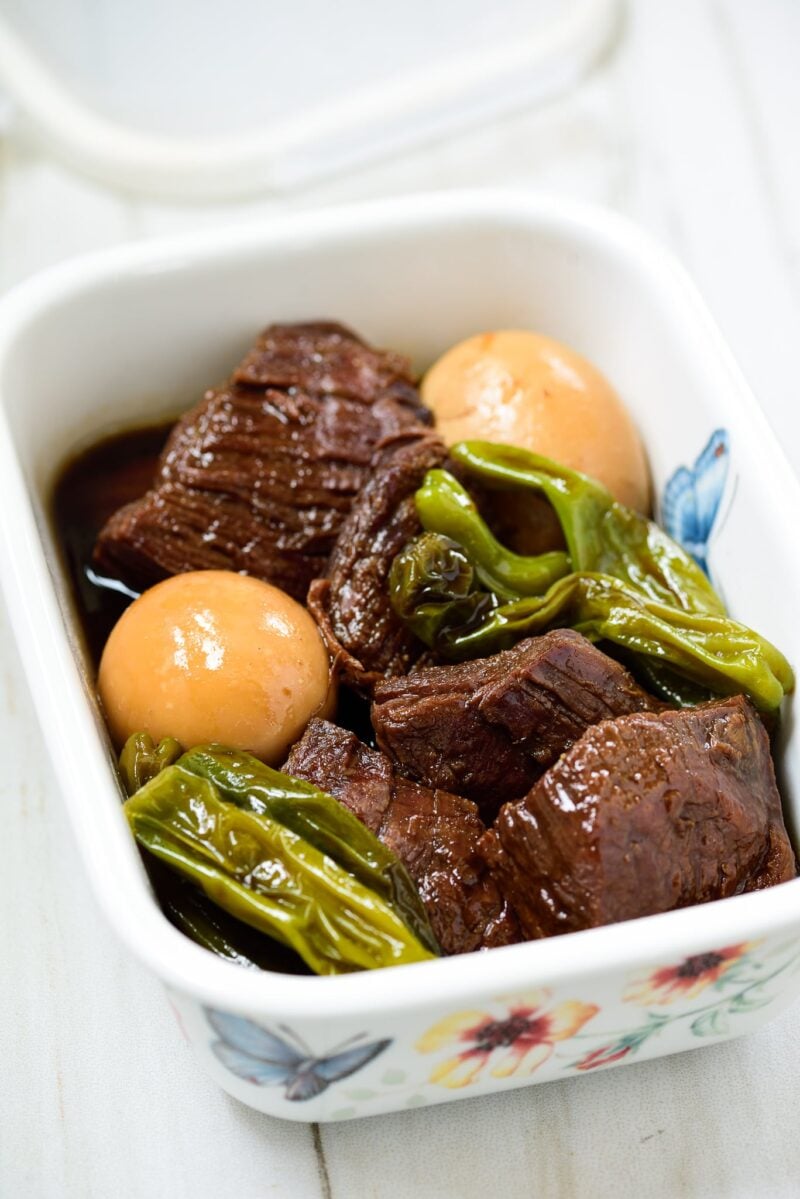 First, boil some aromatic vegetables for a few minutes to make a flavorful broth. Then, cook small blocks of beef in the broth until the meat is cooked through and fairly tender before adding soy sauce and other seasoning ingredients. The beef will turn tough if you cook in soy sauce from the beginning.

It’s very common to add some fresh chili peppers and/or boiled eggs. Kkwari gochu, 꽈리고추 (aka shishito peppers) is a common choice, but you can use any fresh or dried peppers. Garlic cloves are also delicious braised in the sweet and savory jangjorim sauce. 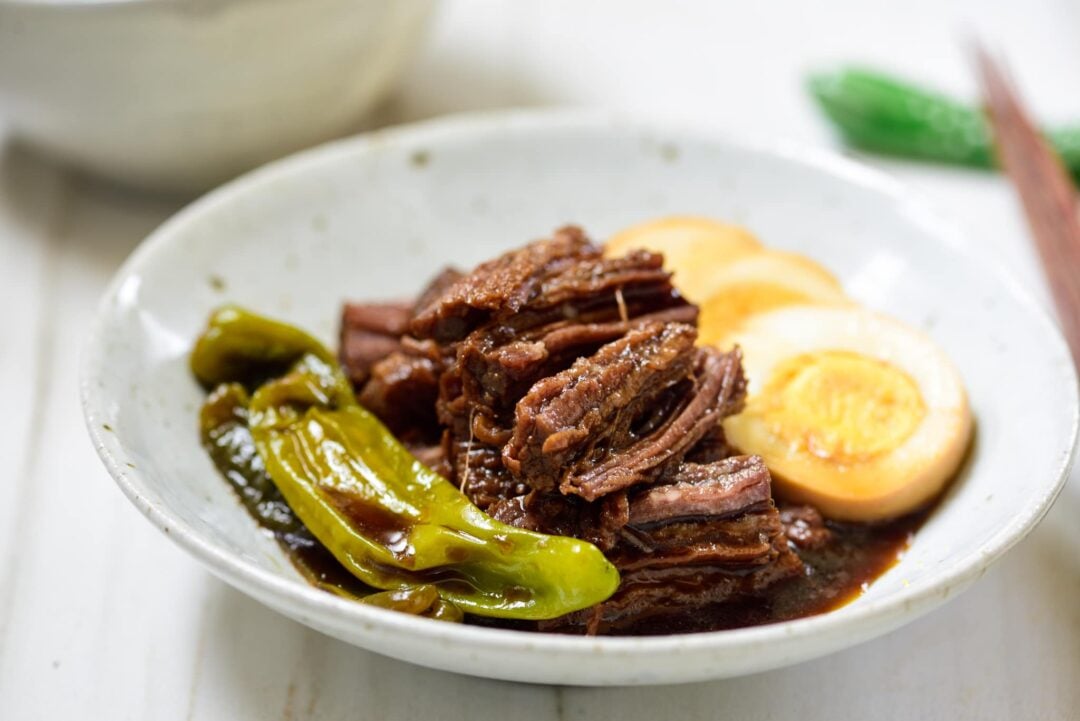 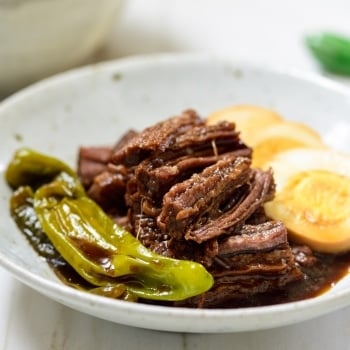 Keep it refrigerated in an airtight container. It will keep well up to 7 days. If you want to keep it longer, boil the meat and sauce again after a few days. The meat will become hard in the fridge. You can soften it by leaving the shredded beef out at room temperature for 20 to 30 minutes, or microwave for about 20 seconds to soften.
Tried this recipe?Mention @koreanbapsang or tag #koreanbapsang!

This jangjorim recipe was originally posted in March 2014. Here, I have updated it with new photos, more information and minor changes to the recipe.