This japchae is made spicy with lots of seafood. A nice change from traditional japchae! 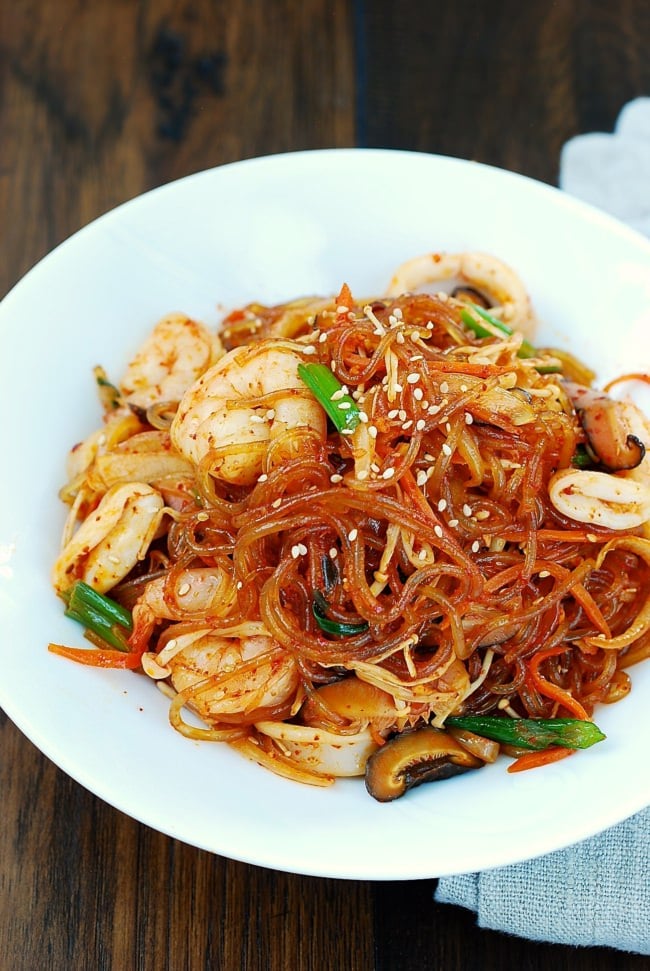 This recipe is another variation of japchae (잡채)! I previously posted kongnamul japchae which is a variation made with soybean sprouts. This time, the japchae is made spicy with seafood! I got the idea from the spicy seafood japchae my son and I enjoyed at a Korean restaurant in NYC’s Koreatown. It had a nice and clean spicy kick which was prominent enough to wake up our palates but not overpowering. It also had a generous amount of seafood. We thought it was a nice change from traditional japchae.

If you’re not a fan of seafood, this recipe can easily be turned into a vegan japchae by omitting the seafood. Likewise, if you don’t like spicy food, simply omit the gochugaru (Korean red chili pepper flakes) for a mild seafood japchae. 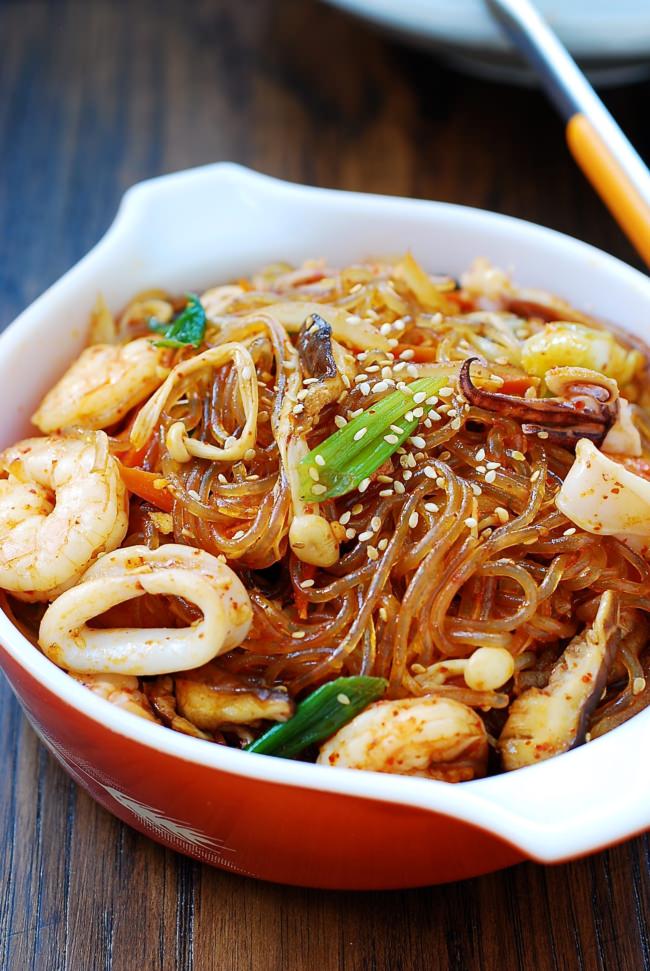 The main ingredient, of course, is sweet potato starch noodles called dangmyeon (당면), also known as glass noodles. The most common way to cook the noodles for japchae is to boil in water for a few minutes. Here, I soaked the noodles until soft, and then stir-fried in oil infused with gochugaru (Korean red chili pepper flakes). This method yields a bit chewier and bouncier noodles. If you like softer noodles, you can boil them first before stir-frying.

For the seafood part of the dish, I used a small, tender squid (known as calamari in America), and small shrimp. The restaurant version also had small octopus (nakji, 낙지). You can simply use shrimp if you’d like.

The vegetables I used in this recipe are pretty basic — onion, carrot, mushrooms, and scallion. Use any mushrooms you have or like. If you have leftover spinach, cucumber, zucchini or bell pepper in the fridge, any of them would be great in this recipe. You don’t need much for this recipe.

How is japchae served in Korean cuisine?

It’s most commonly served as a side dish (banchan), but it’s also enjoyed as an appetizer, or over a bed of rice as a main dish. 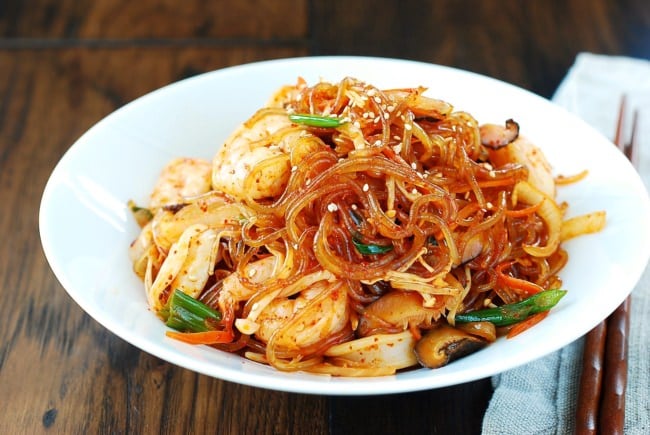 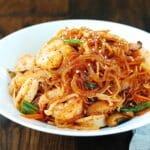 For the seafood and vegetables

You can grind your regular gochugaru in a spice grinder. I used 1 tablespoon gochugaru for the first photo, and 1/2 tablespoon for the second photo.
Tried this recipe?Mention @koreanbapsang or tag #koreanbapsang!