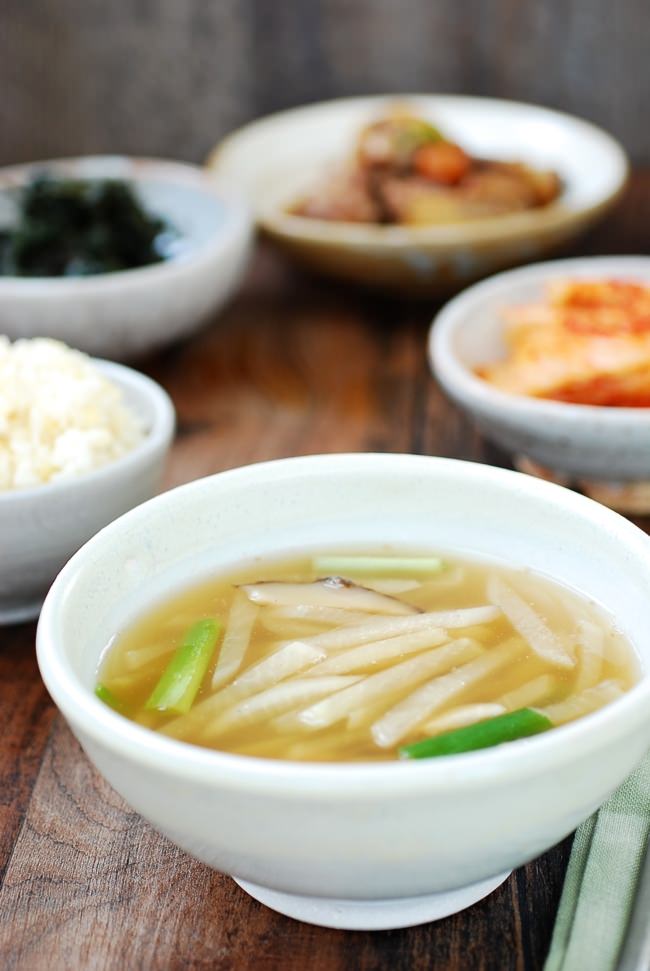 Korean radish, mu (무), is back in season, which means it’s sweet and juicy! As the weather gets cooler, I’ve decided to show you another soup recipe you can make with Korean radish, which is a variety of white radish that’s with a crunchy texture. While the radish soup (muguk) made with beef broth is more common, we occasionally enjoy this doenjang (Korean fermented soybean paste) based radish soup, called mu doenjang guk (무된장국).

Look for the radish that’s firm and heavy for its size by comparing similar size radishes. For this doenjang based soup, the radish is usually cut into matchsticks not thin squares as in the beef muguk. Don’t ask me why — that’s how we had it growing up! But, you can cut it either way. 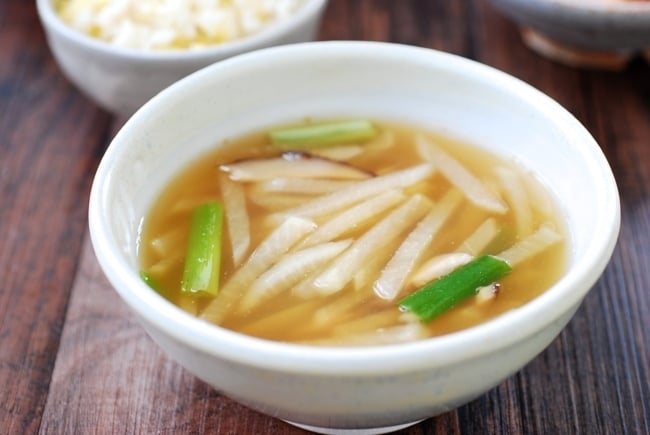 As shown in my baechu doenjang guk, I usually make doenjang guk with anchovy broth. Here, I made it with vegetable broth to show you a vegan option. Simply boil some basic aromatic vegetables, such as onion, garlic, scallion, dried kelp (dashima) and dried shiitake mushrooms — all common ingredients for making Korean broth. In this recipe, I thinly sliced and reused the boiled mushrooms in the soup, adding a meaty texture to the soup.

To make the broth for a doenjang based soup or stew, always start with the water used to rinse rice, ssalddeumul (쌀뜨물). The rice water adds starch to the soup and works as a binding agent between the soybean paste and the broth. It also enhances the flavor of the doenjang. If you don’t have it, stir-in a teaspoon of flour or rice flour.

Also, I used a couple of dried red chili peppers when making the broth. This adds a hint of spiciness without gochugaru or gochujang. The soup turns out light and clean this way! 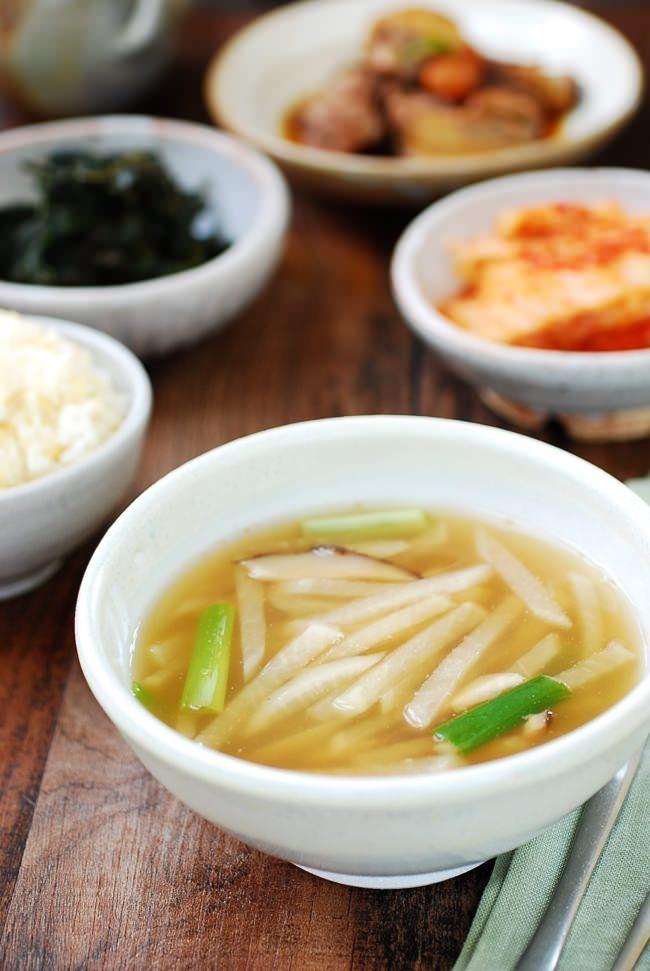 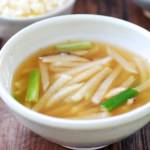