A sweet, velvety smooth Korean porridge made with red beans! 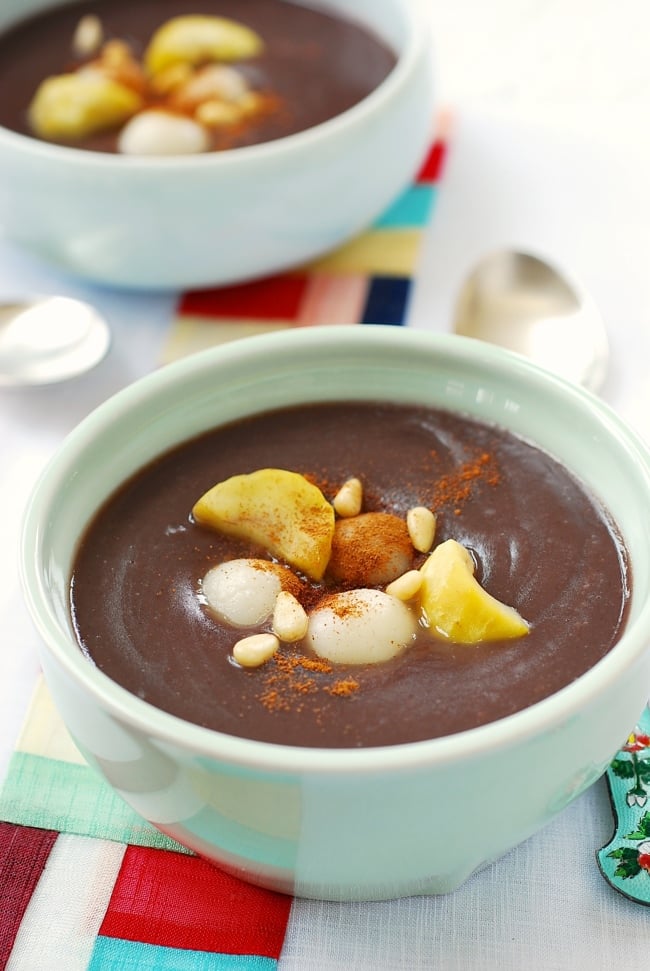 I love anything made with these small red beans called pat(팥) (aka azuki or adzuki beans). Good thing they are rich in nutrients! In the summer, I use these beans to make a popular shaved ice dessert, patbingsu. When the weather turns cool, I use them to make a porridge, patjuk (팥죽).

There are largely two types of red bean porridge in Korea – savory and sweet. Traditionally, savory patjuk is made with soaked short grain rice. It’s very filling and usually eaten as a meal with kimchi or dongchimi. This is the type of patjuk that’s customarily eaten on the winter solstice day (dongji). The custom originated from the ancient belief that the red color of the beans had positive energy that could drive away evil spirits.

Another one is this sweet red bean porridge, called danpatjuk, 단팥죽. Dan means sweet. The sweet one is typically velvety smooth without grains of rice that are in the savory patjuk. In recent years, the sweet version has become increasingly popular as a snack or dessert.

To make patjuk, the beans are cooked down until very soft. The traditional method is to mash the beans through a strainer to remove the skins to achieve a velvety texture. This process can be grueling, so I use a shortcut. Puree the beans as fine as possible in a blender. It’s much easier while still resulting in a very smooth porridge, and you don’t waste the nutritious bean skins.

I also like to top it with pine nuts, boiled chestnuts, and a sprinkle of cinnamon powder, but they are optional. This recipe yields a lightly sweetened porridge. Add more sugar or honey to your taste. 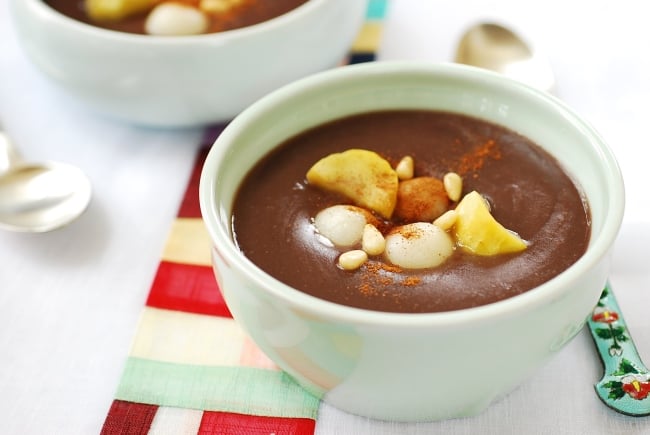 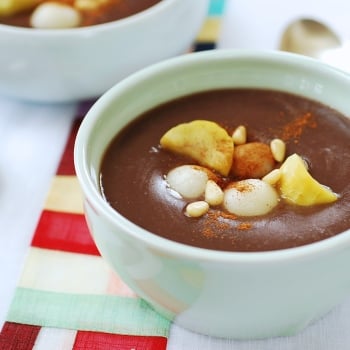 For the rice cake balls

For the rice cake balls