Make Korean BBQ short ribs at home using my tried-and-tested recipe for the perfect galbi marinade. You can grill the marinated short ribs over charcoal, broil them in the oven, or pan-fry. 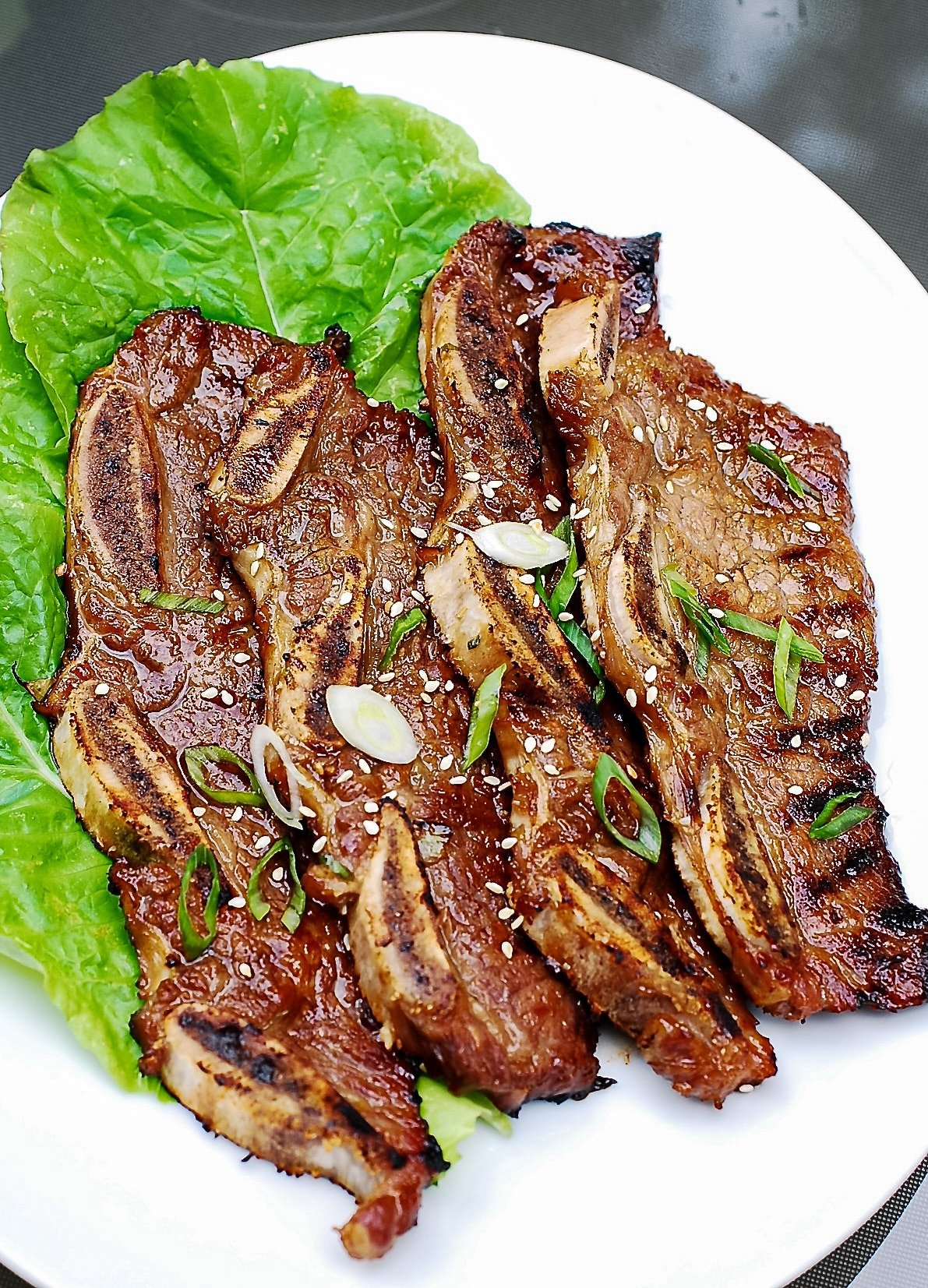 You can enjoy delicious Korean barbecue at home. It’s all about the marinade and good quality meat, and it’s easy to prepare! Galbi (or Kalbi, 갈비), Korean beef short ribs, is one of the most popular barbecue dishes in Korean homes, especially for special occasions and gatherings. Here’s my tried-and-tested recipe for the perfect galbi marinade!

Marinated in a perfectly balanced sweet and savory sauce, the galbi meat is tender and succulent while still being nicely browned and caramelized on the outside.

As I previously explained in another galbi post, there are two different cuts for beef short ribs. The first one is the English cut, for which the ribs are separated and cut into short lengths. The English cut is used for galbi jjim (braised)or butterflied for grilling.

The second one is the flanken cut, for which the ribs are cut thin across the bones. To Koreans, the flanken cut is also known as “LA galbi,” supposedly named after the city where early Korean immigrants started to use this cut to make galbi gui (grilled short ribs). LA galbi is now highly popular even in Korea.

These days, people use all sorts of things to tenderize short ribs, which are a tough cut of meat, including kiwi, pineapple, cola, etc. My favorite isKorean/Asian pear, which is a traditional ingredient used for galbi. Grated onion and alcohol, in the marinade, also tenderize the meat. These ribs have a smooth balance of sweet and savory flavors!

If you cannot find Asian pears, use an apple instead. If using kiwi or pineapple, use a small amount so you don’t over-marinate the meat as these are very strong tenderizing agents.

For convenience, you can blend the fruit, onion, garlic and ginger together in a mini blender. 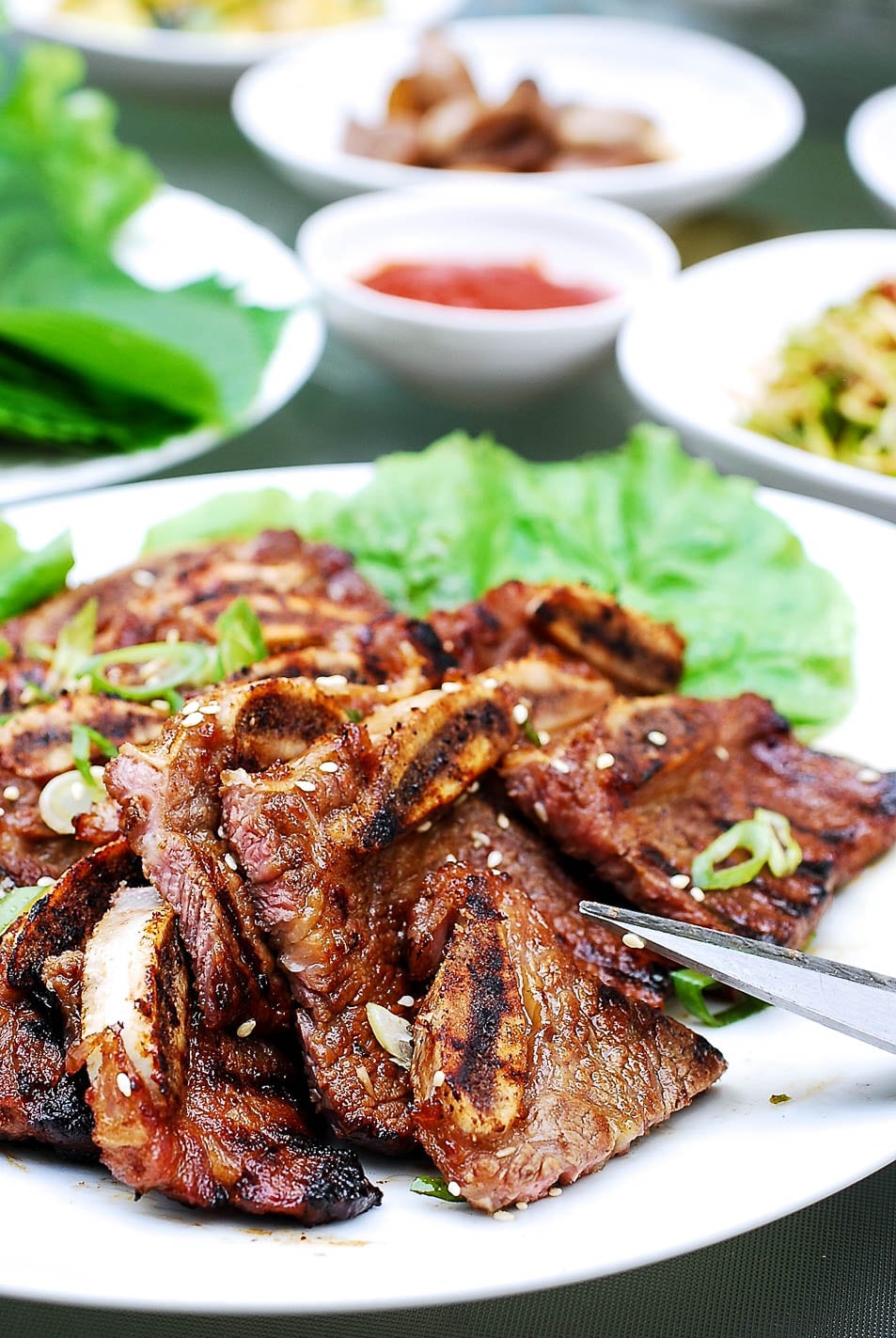 Don’t rush the marinating part! The ribs should really be marinated for at least 6 – 8 hours. Overnight to 24 hours is better. The thicker the meat, the longer you’ll want to marinate.

It’s best to grill LA galbi over charcoal or wood charcoal (sootbul, 숯불), but a gas grill or a grill pan over the stove top works well too. I sometimes broil them in the oven or simply pan-fry.

To broil galbi in the oven, set the oven to broil and preheat. Lay the meat in a single layer in a broiling pan and place it on the top rack of the oven, usually about 6 inches below the broiler. Cook until the ribs are slightly charred and caramelized, 5 to 6 minutes. Flip them over and cook for an additional 3 – 4 minutes. Watch closely not to burn them. 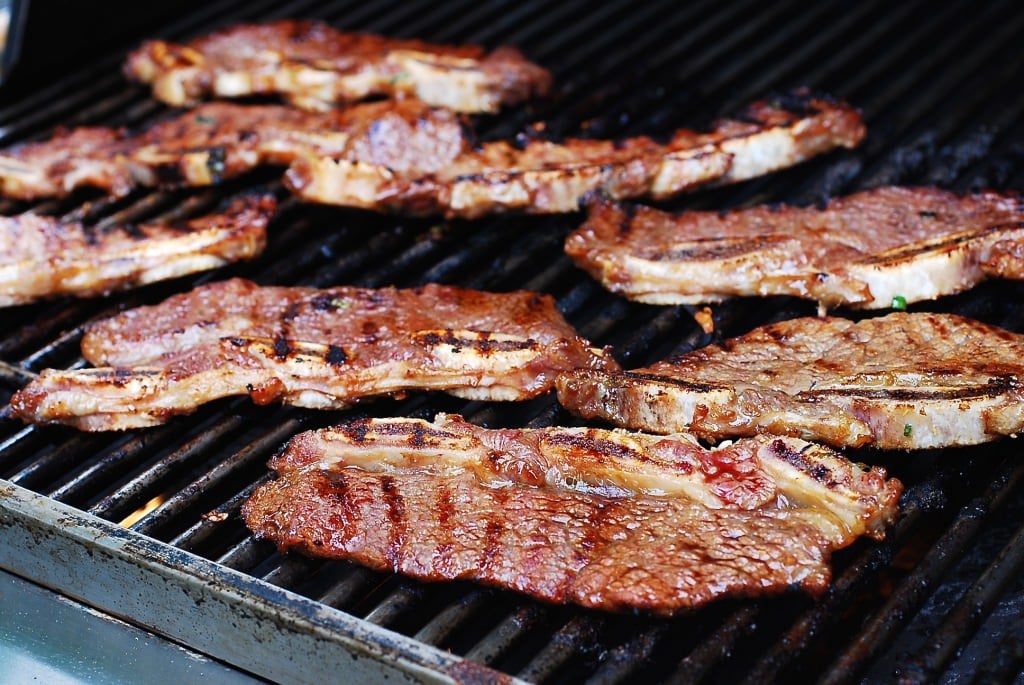 Aside from rice, any of the traditional side dishes (banchan) on my site will do, but pickled dishes, such as pickled garlic and kkaennip kimchi, complement the fatty meat especially well.

I often serve the short ribs with fresh kimchi salad type of dishes, such as fresh kimchi or bok choi kimchi salad. Japchae always goes well with meat dishes too. Still can’t decide? Check out my collection of 15 Korean Vegetable Side Dishes.

Last but not least, as with any Korean BBQ, serve with red or green leaf lettuce in which to wrap the meat, along with ssamjang (쌈장) or simply gochujang. Perilla leaves (kkaennip, 깻잎) and crown daisy (ssukgat, 쑥갓) are great vegetables to add to your wraps, if available. 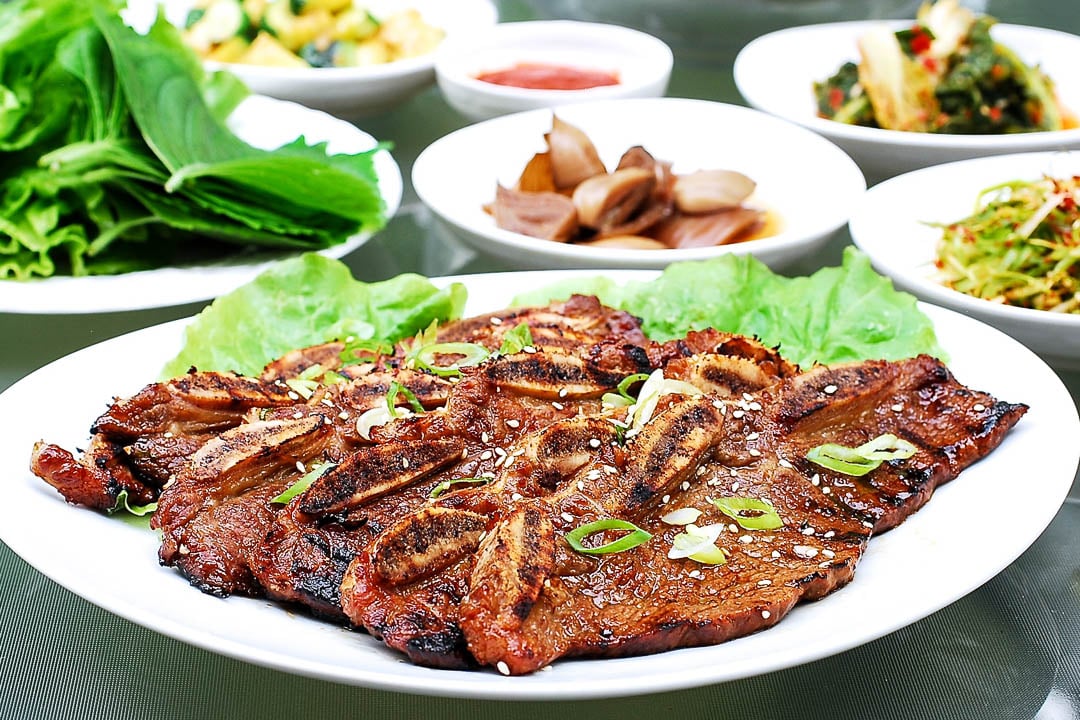 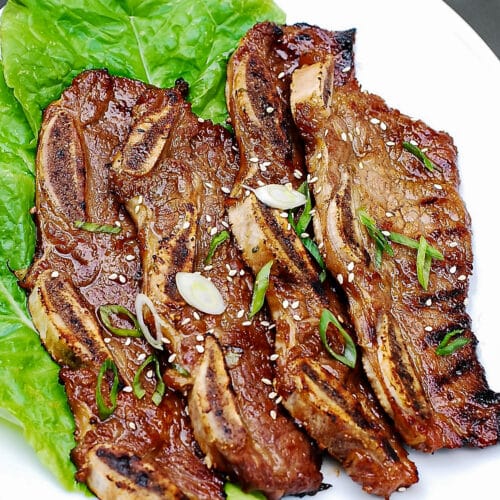 To broil galbi in the oven, set the oven to broil and preheat. Lay the meat in a single layer on a broiling pan and place it on the top rack of the oven, usually about 6 inches below the broiler. Cook until the ribs are slightly charred and caramelized, 5 to 6 minutes. Flip them over and cook for an additional 3 – 4 minutes. Watch closely not to burn them.
Tried this recipe?Mention @koreanbapsang or tag #koreanbapsang!

This LA galbi recipe was originally posted on this blog back in August 2009. Here, I updated this time-tested recipe with new photos and a recipe card.