This post contains affiliate links. I earn a commission if you make purchases through those links. See my disclosure policy.

This doenjang marinated pork is another great option for your Korean BBQ. The salty, savory doenjang adds a deep umami flavor to the pork without overpowering it. 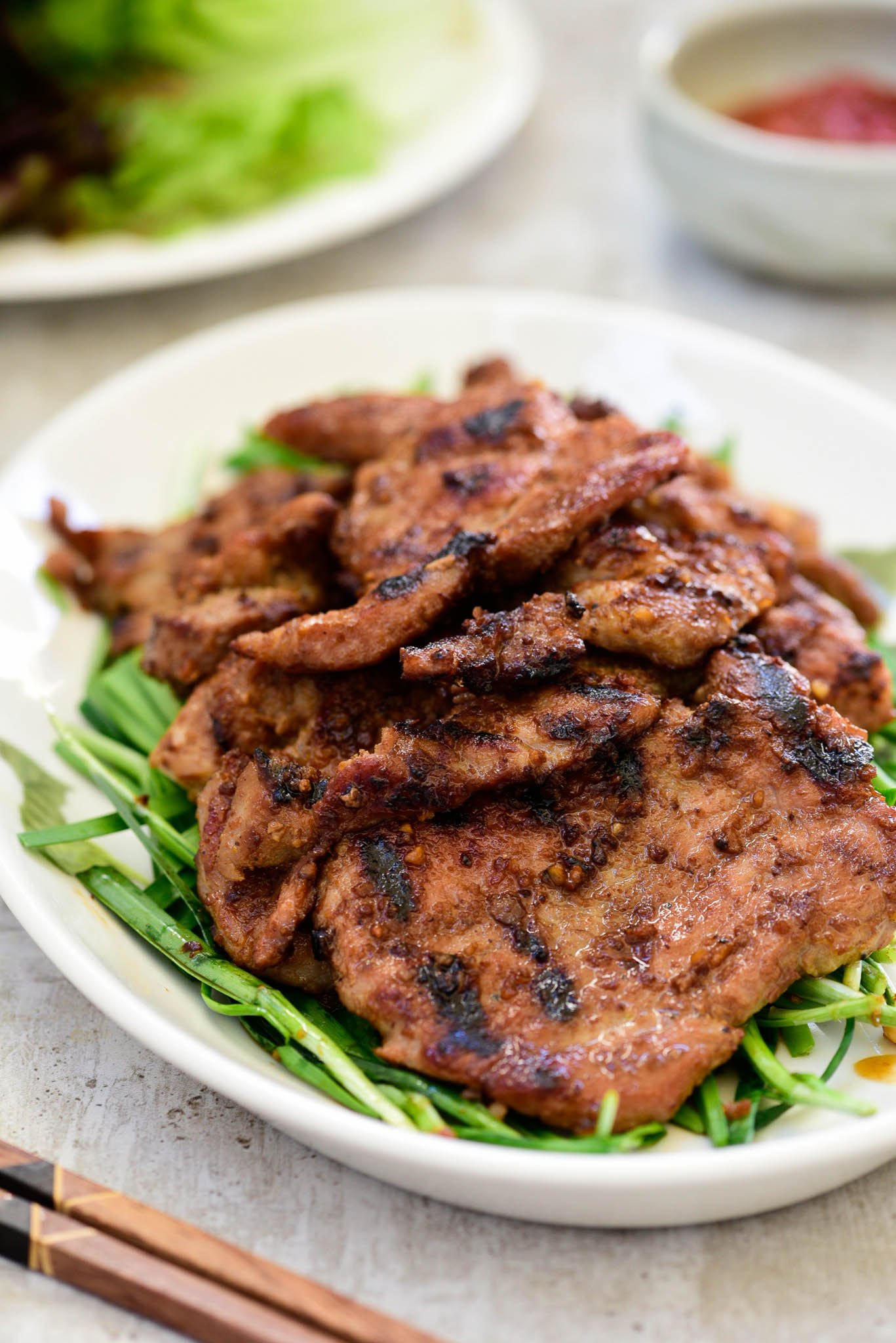 This doenjang (된장) marinated pork is another great option for your Korean BBQ. The marinade is quick to put together as long as you have doenjang (Korean fermented soybean paste. Doenjang gives the pork delicious savory flavors.

No doubt the pork dish marinated in a spicy gochujang sauce — jeyuk bokkeum (dwaeji bulgogi ) is more popular these days. But this preparation, which is also known as maekjeok (맥적), dates back to early Korean history long before chili peppers were introduced to Korea. Maek refers to people of Goguryeo (고구려), one of the three ancient Kingdoms, and jeok means skewered meat.

Maekjeok evolved over time, and it’s believed to be the origin of today’s bulgogi. Over 1000 years later during Joseon Dynasty, it was served in Royal Court as seen in the famous Korean drama Daejanggeum (대장금), if you watched it. 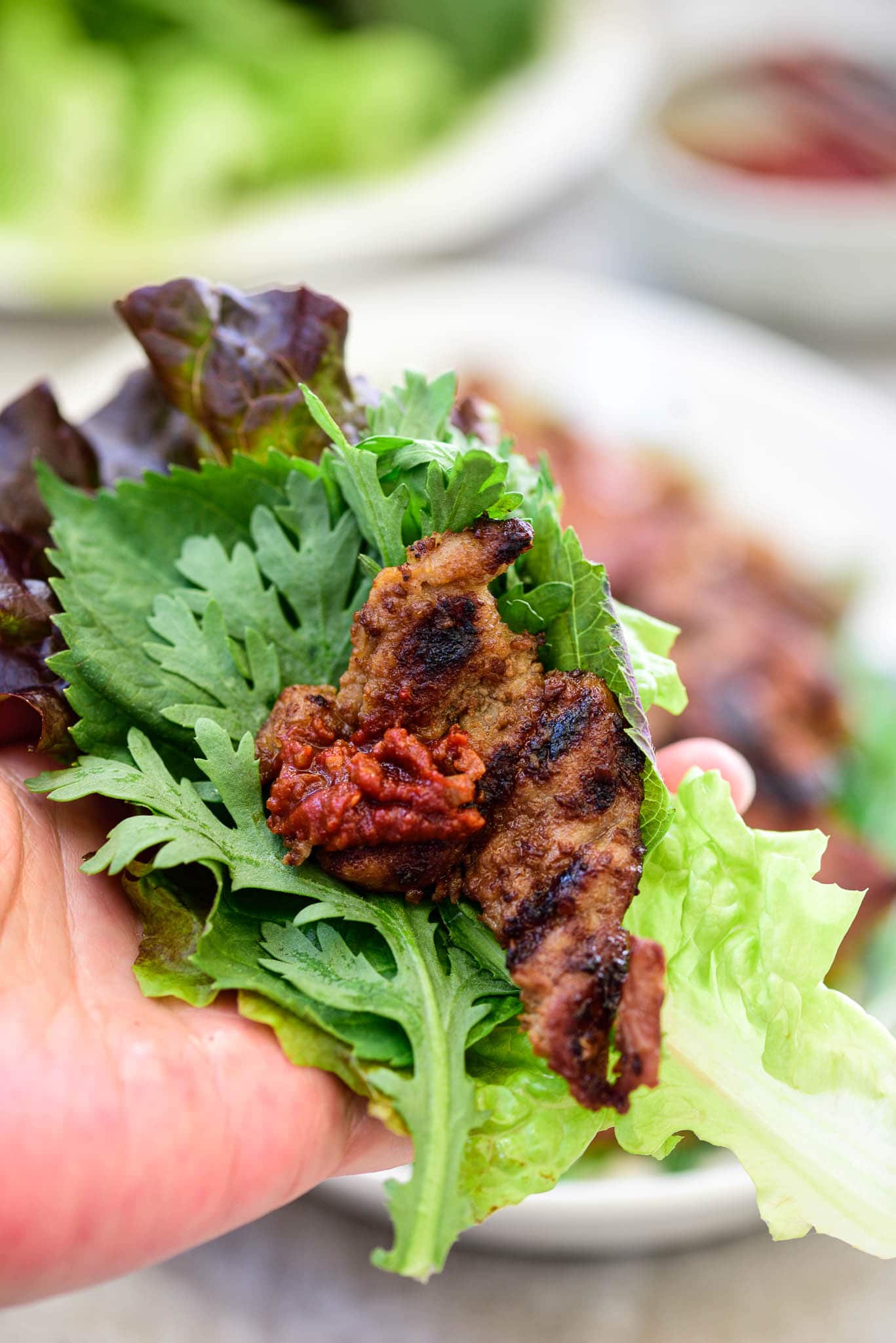 Pork butt (aka Boston butt) or pork shoulder, known as moksal (목살) in Korean, is the best cut of meat for this dish. It’s a tender, lean cut that’s flavorful. Pork loin works well too.

You can find pre-sliced pork at Korean markets. If slicing the meat at home, partially freeze it for about an hour, depending on the thickness of your meat, before slicing.

The salty, savory doenjang adds a deep umami flavor to the pork without overpowering it. I added a little bit of acidity in the marinade to brighten the doenjang taste and bring the flavors together. If available, Korean plum extract (maesilcheong, 매실청) works wonderfully with this marinade, adding fruity sweetness to balance out the strong taste of doenjang.

The marinade can be easily doubled. 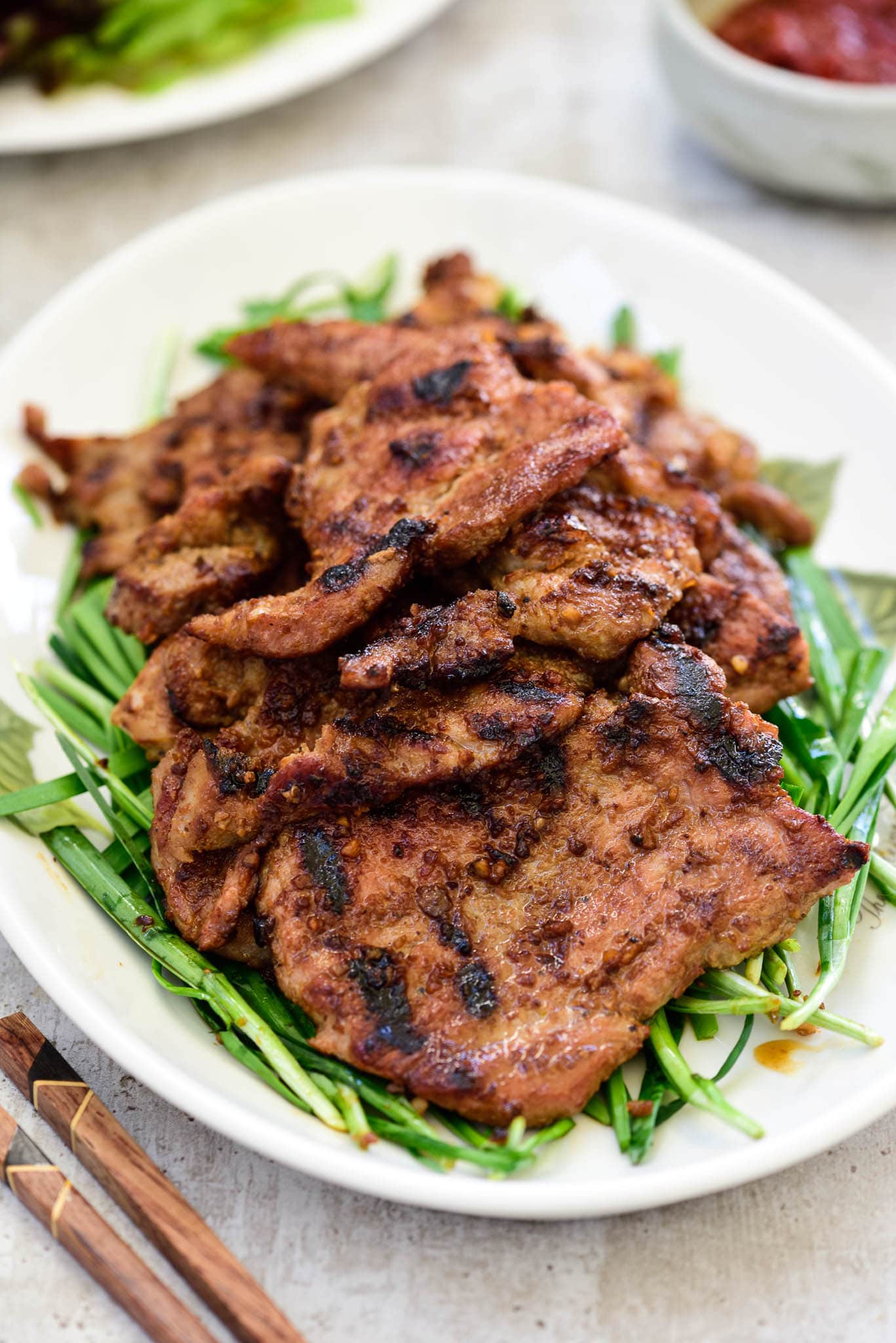 This doenjang flavored pork pairs well with buchu (garlic chives) and/or minari (water dropwort). You can serve the on a bed of raw or lightly stir-fried buchu and/or minari. The vegetables are in season during warm months and can be found in Korean markets.

Serve with red or green leaf lettuce and/or kkaennip (perilla leaves), in which to wrap the meat, along with ssamjang. 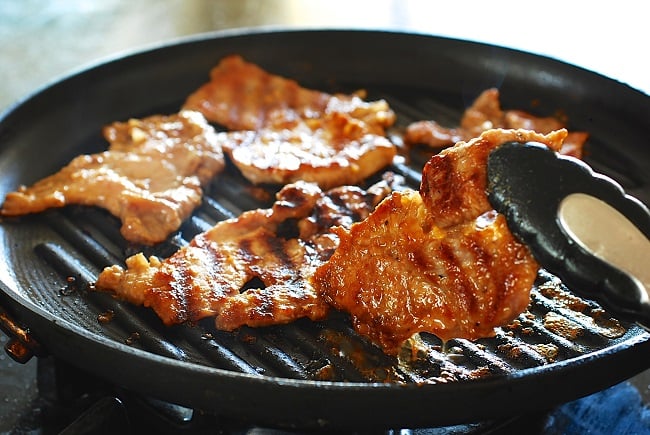 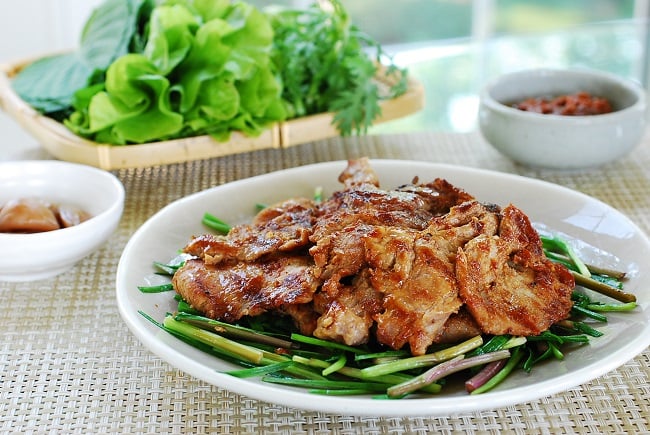 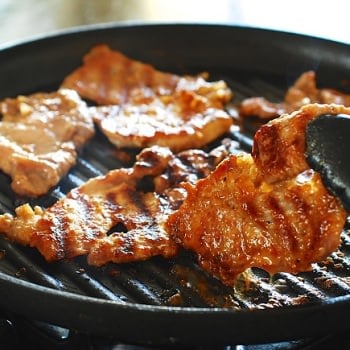 This recipe was originally posted in June 2014. I’ve updated it here with new photos and more information.