Spicy braised tender pork ribs are so easy to put together and delicious!! 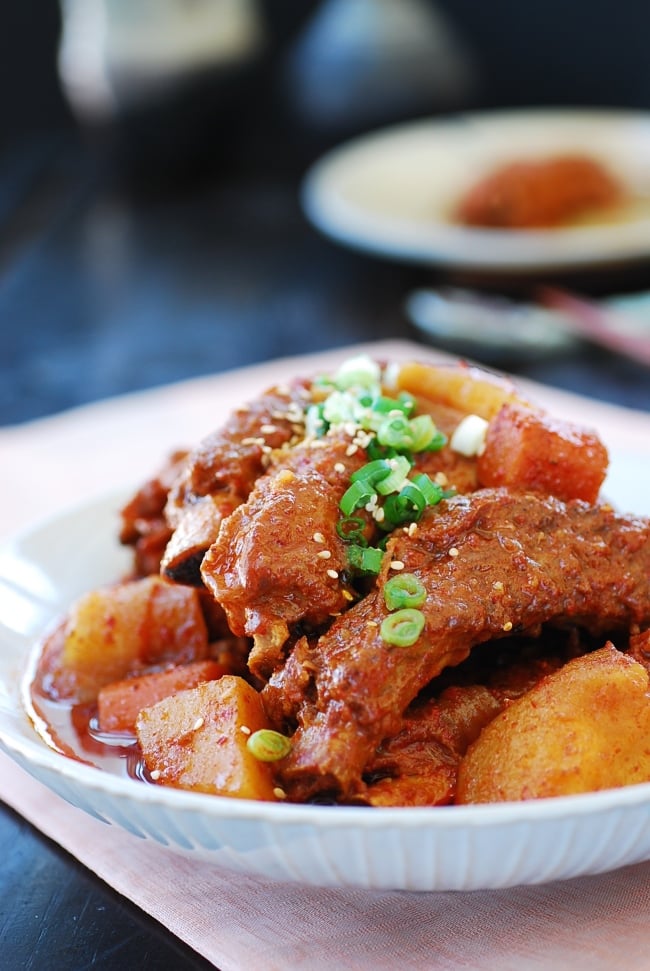 Maeun galbijjim (spicy braised ribs) is a popular braised dish in Korea. You can use beef short ribs, but it’s more commonly made with pork ribs. I personally think the red spicy seasoning works better with pork ribs. And pork is much cheaper. I like to use baby back ribs from Costco. They are tender and very meaty. 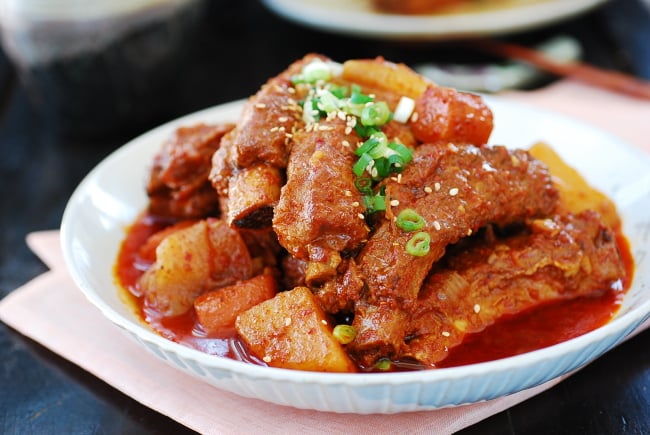 This recipe is spicy, but you can certainly make it spicier by adding more gochugaru, some dried whole red chili peppers, or fresh chili peppers. On the other hand, if you want to make a mild version of the braised pork ribs, you can use my slow cooker galbijjim recipe for beef short ribs and adjust the time for pork ribs as necessary. I’d also suggest adding more ginger because pork tastes great with lots of ginger.

How to make spicy pork ribs

Separate the ribs by cutting through the meat between the bones. Rinse the ribs, and let them sit in cold water for about 30 minutes to draw out excess blood. Drain well or pat dry with paper towels.

Place the ribs in the slow cooker. Mix all the sauce ingredients (except the sesame oil and seeds) in a small bowl. Add to the ribs, and stir well to coat evenly. Drop the vegetables in.

You can sear the ribs to add that rich browned meat flavor and remove some fat, but I skipped that process in this recipe.

Turn the slow cooker on high heat. Cover, and cook for about 4 to 5 hours until the ribs reach the desired tenderness (you can cook on low heat if you’ll be out longer, about 6 to 8 hours). Stir in sesame oil and sesame seeds. Skim off excess fat before serving, if desired. Serve with a bowl of rice. 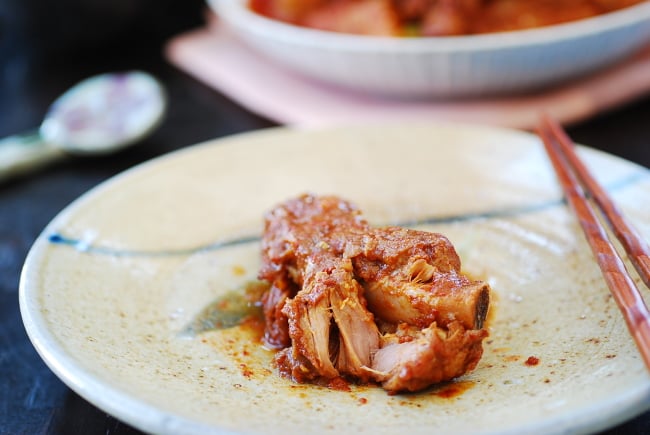 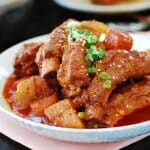