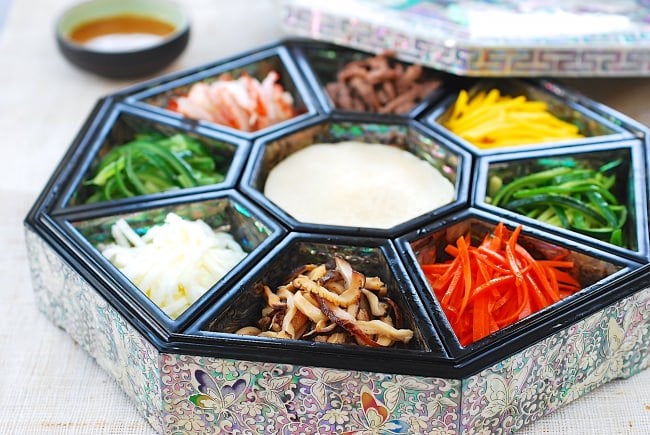 Happy New Year, everyone! What better way to kick off the new year than with this beautiful and nutritionally well-balanced dish called gujeolpan (구절판)?

I often prepare this for elderly birthdays in my family as the centerpiece of the table. It never fails to impress the diners! Also, this dish is where the design inspiration of the Korean Bapsang logo came from! 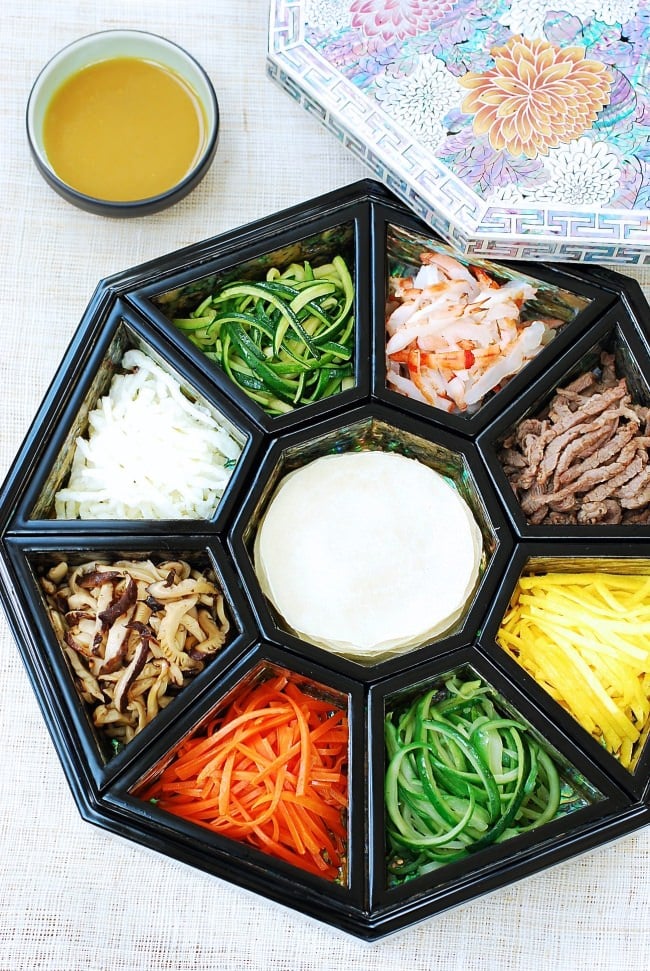 Gujeolpan actually refers to a platter with nine sections that’s used to serve traditional delicacies. “Gu” means number 9, “jeol” sectioned, and “pan” a tray or a platter. In some Asian culture, the number nine holds a symbolic meaning of fullness and harmony. Gujeolpan as a dish carries that meaning by offering a harmony of colors, textures, and nutrients.

I have a fancy gujeolpan inlaid with mother of pearl — thanks to my sister-in-law in Korea who sent it to me years ago! Before that, I simply used a large plate to serve this dish. You can do the same thing. 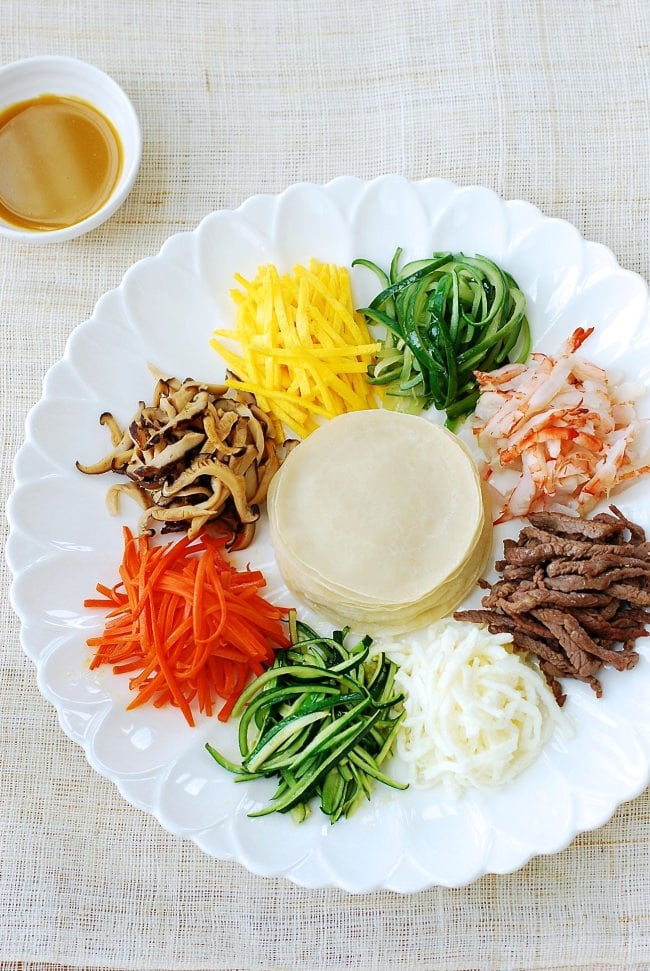 You can use any ingredients you like, but try to reflect the 5 different colors. Other filling options are mung bean sprouts, onions, different types of mushrooms, yellow, orange or red bell peppers, beets, minari, etc. 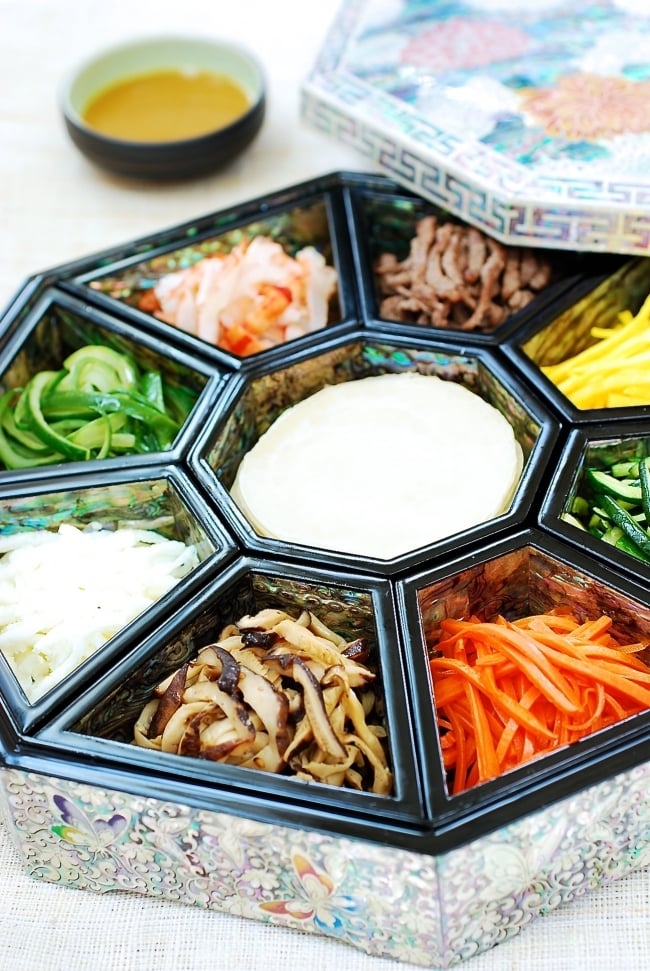 Don’t let the appearance of the dish intimidate you! Yes, there are quite a few ingredients, and preparing them is a bit time consuming. However, the cooking methods are pretty simple, and you only need to make a little bit for each section. Trust me, it’s well worth the effort for this beautiful and healthy dish! 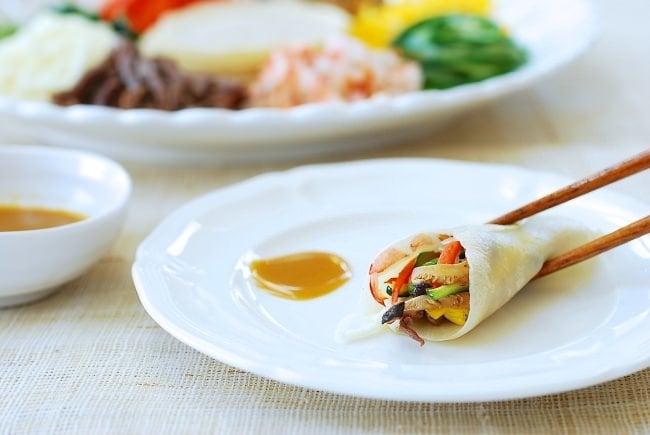 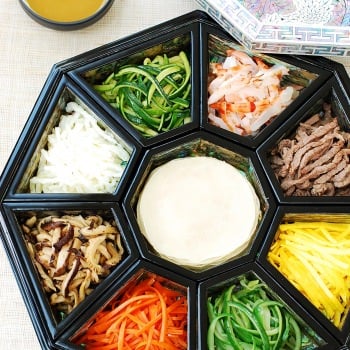