This perilla jeon is a type of Korean jeon that’s stuffed, egg-battered and pan-fried. The perilla leaves give a nice flavor and textural contrast to the mildly flavored filling. 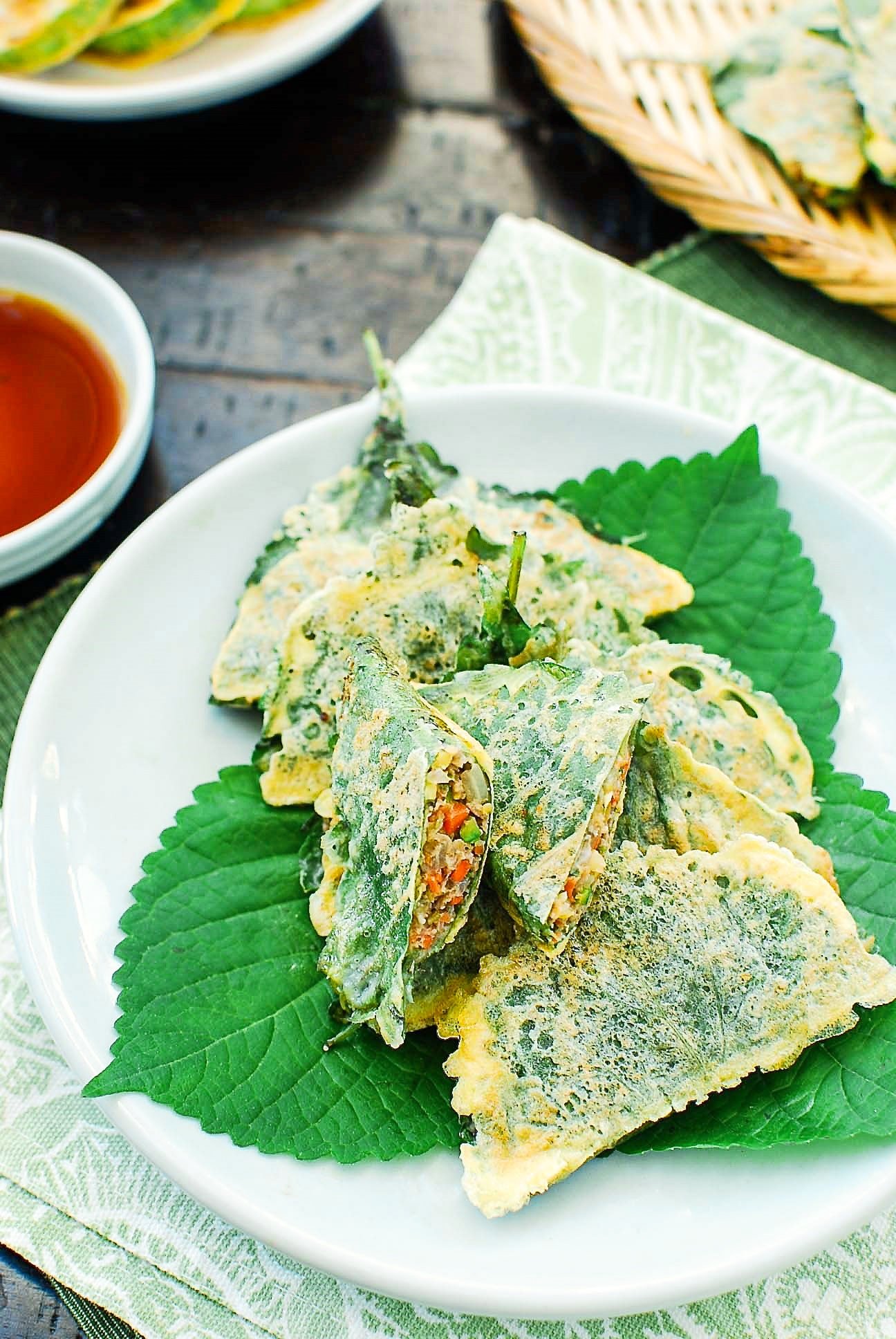 This Thursday is Chuseok (Korean Thanksgiving/mid-autumn festival). A Korean feast always includes a variety of jeon (pan-fried battered food). Luckily, I have several different jeon dishes on this blog to help you celebrate Chuseok. For example, in my modeumjeon post, I showed you how to make a type of jeon that’s pan-fried in egg batter, using different ingredients, such as hobakjeon (zucchini), saewoojeon (shrimp), and saengseonjeon (fish).

You make these jeon dishes by first dredging the main ingredients in flour, then dipping them in egg batter, and finally pan-frying them.

This kkaennip (perilla) jeon is made similarly, but it’s a variation that’s stuffed before being coated with the egg batter. The distinctly flavored perilla leaves pair deliciously with the mild filling and provide a nice textural contrast.

If you don’t have perilla leaves, you can stuff zucchinis or green chili peppers instead. I’ve also included these in the recipe as alternatives. Also, you can simply make wanjajeon with the meat mixture in this recipe.

Enjoy it on your Chuseok table or simply as an appetizer or side dish with any Korean meal. 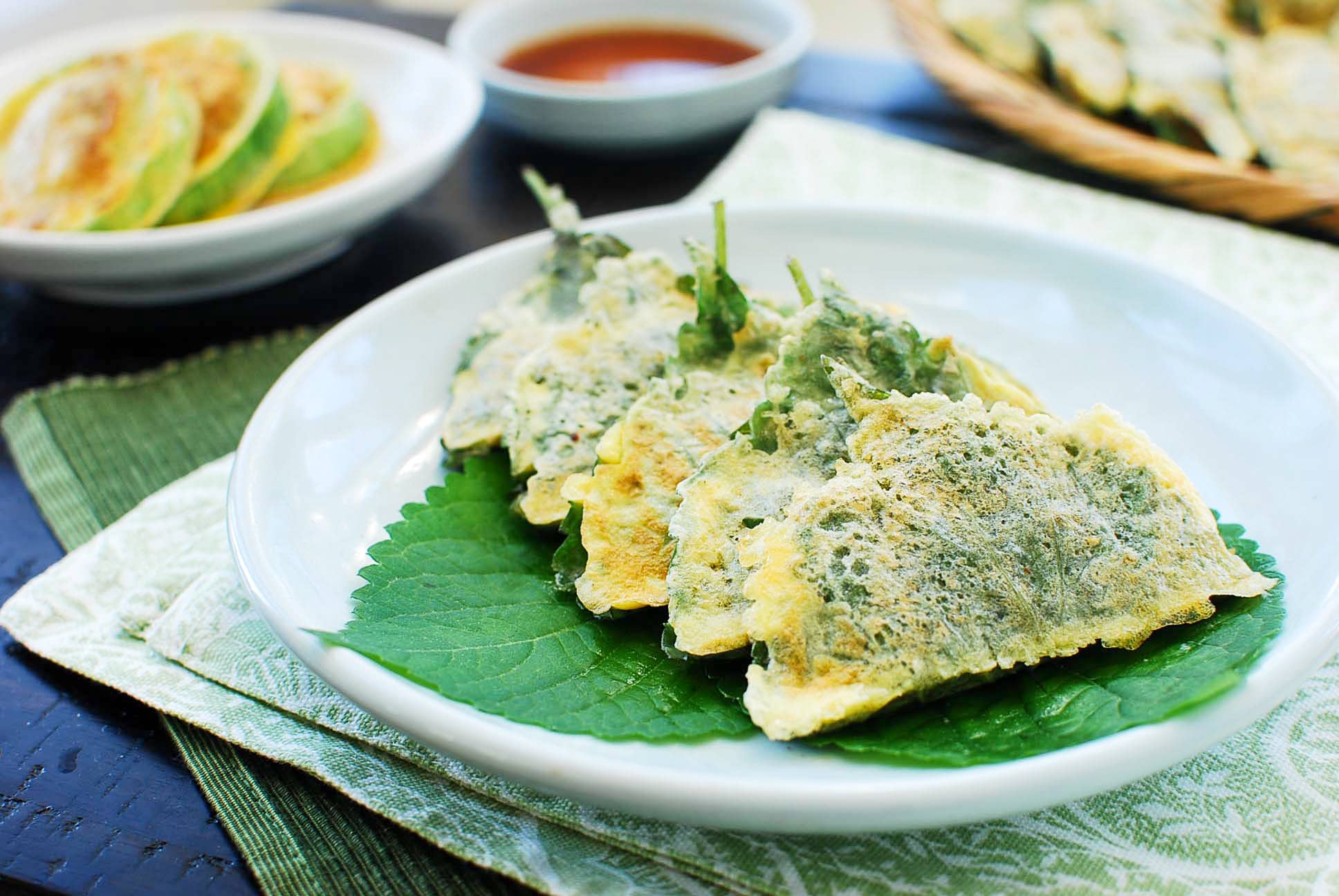 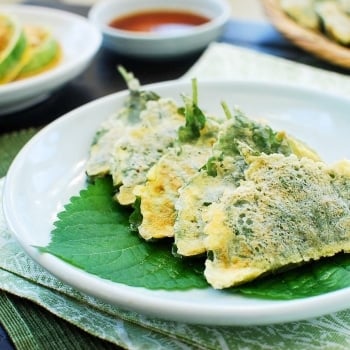 Alternatively you can stuff zucchinis or peppers: