Galbitang is a hearty, nourishing soup made with beef short ribs. This recipe shows you how to make traditional galbitang with the delicately clean taste it’s known for. 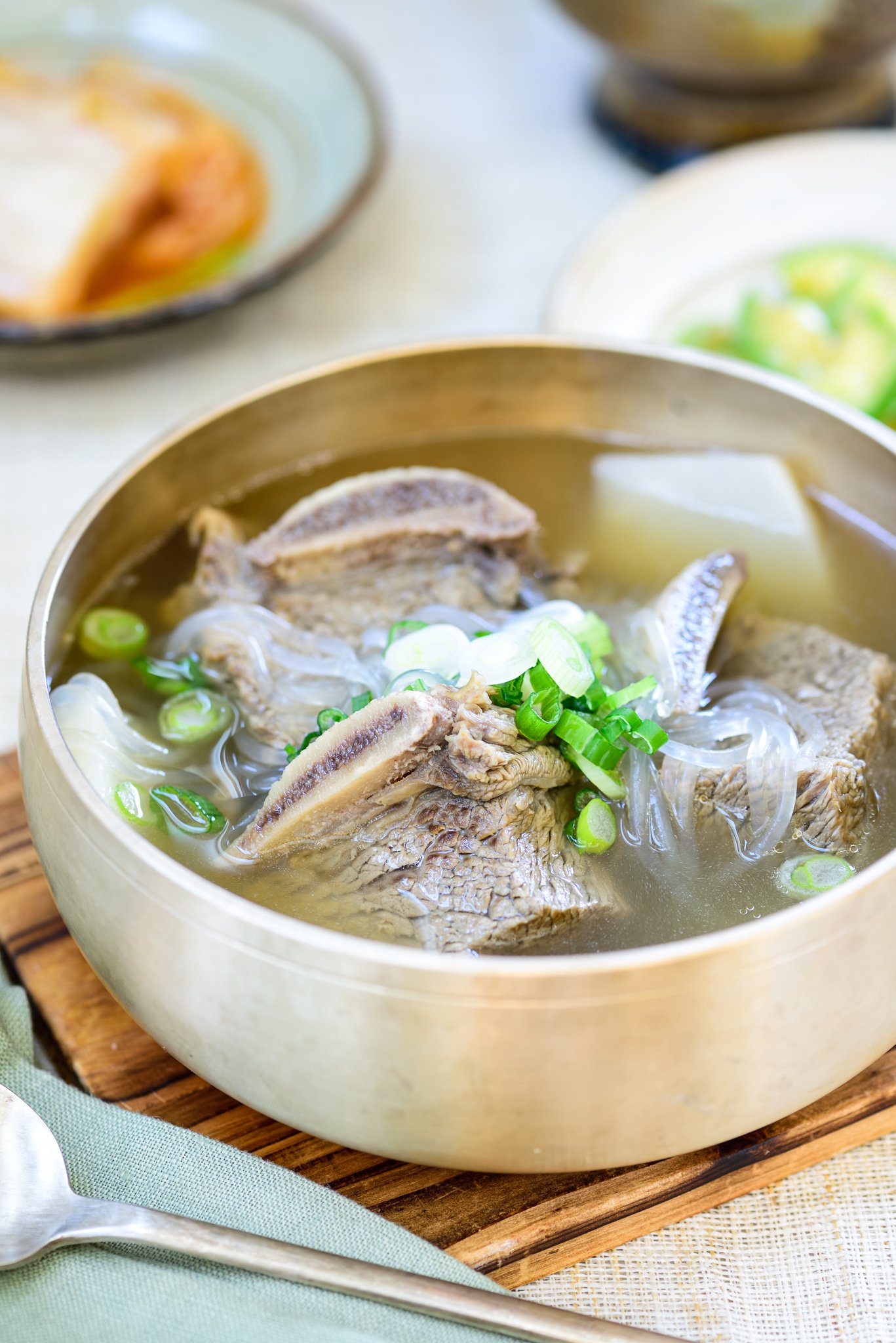 Galbitang (갈비탕) is a clear soup made with beef short ribs (galbi, 갈비). It’s a hearty, nourishing soup with a delicate flavor. Typically, the ribs are boiled along with Korean radish (mu, 무), onion, garlic, and ginger until tender.

Beef short ribs are an expensive cut of meat, so this soup is considered a luxury among Korean soups and often served for special occasions such as wedding receptions.

Galbitang is fairly simple to make. However, you need to know a few tips to give the soup the nice, clean taste it’s known for.

First, soak the ribs in cold water to draw out some blood. Then, blanch them in boiling water to remove remaining blood and some fat, Rinse everything nicely before boiling them again. It should be boiled over high heat for the first 30 minutes to draw out flavor from the bones. The second part of the boiling is done over reduced heat until the meat reaches the desired tenderness, which takes about an hour, depending on the ribs.

You can skim off any remaining fat or use a fat separator if you’re serving while still hot. If you have time, you can also let the entire pot sit in the refrigerator for the fat to solidify so it can be removed effortlessly.

It’s common to add starch noodles (dangmyeon, 당면) to the soup at the end of cooking. 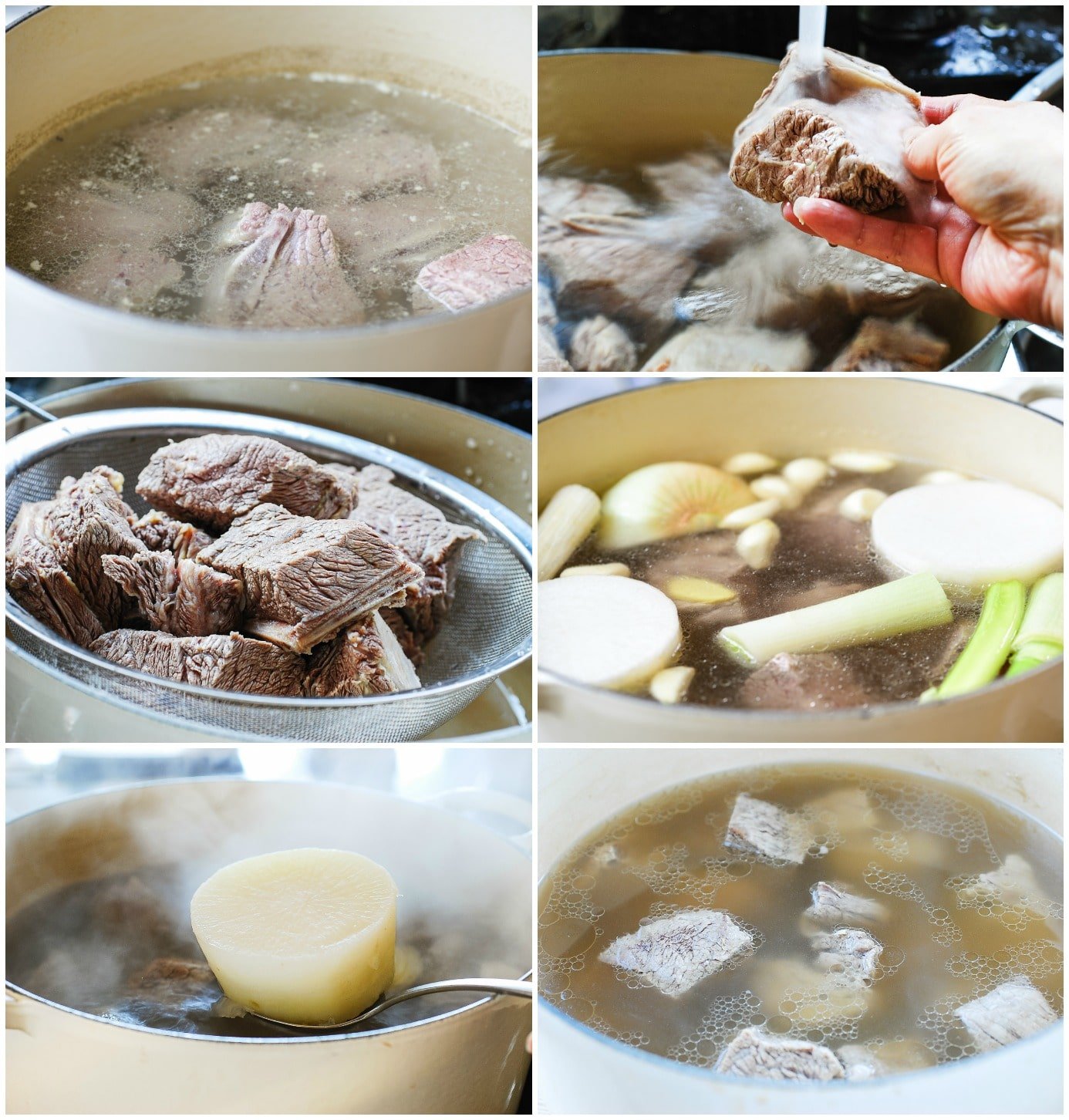 In Korea, this soup is sometimes upgraded with abalone, especially at restaurants. Lately, I’ve been able to find fresh abalone from Korea around here, so I’ve been making abalone porridge and adding to this soup. Abalone nicely elevate galbitang to the next level! It’s really easy to add abalone to galbitang as they only take a few minutes to cook.

Sometimes, other ingredients such as ginseng, jujubes, chestnuts, etc. are also added to this soup. 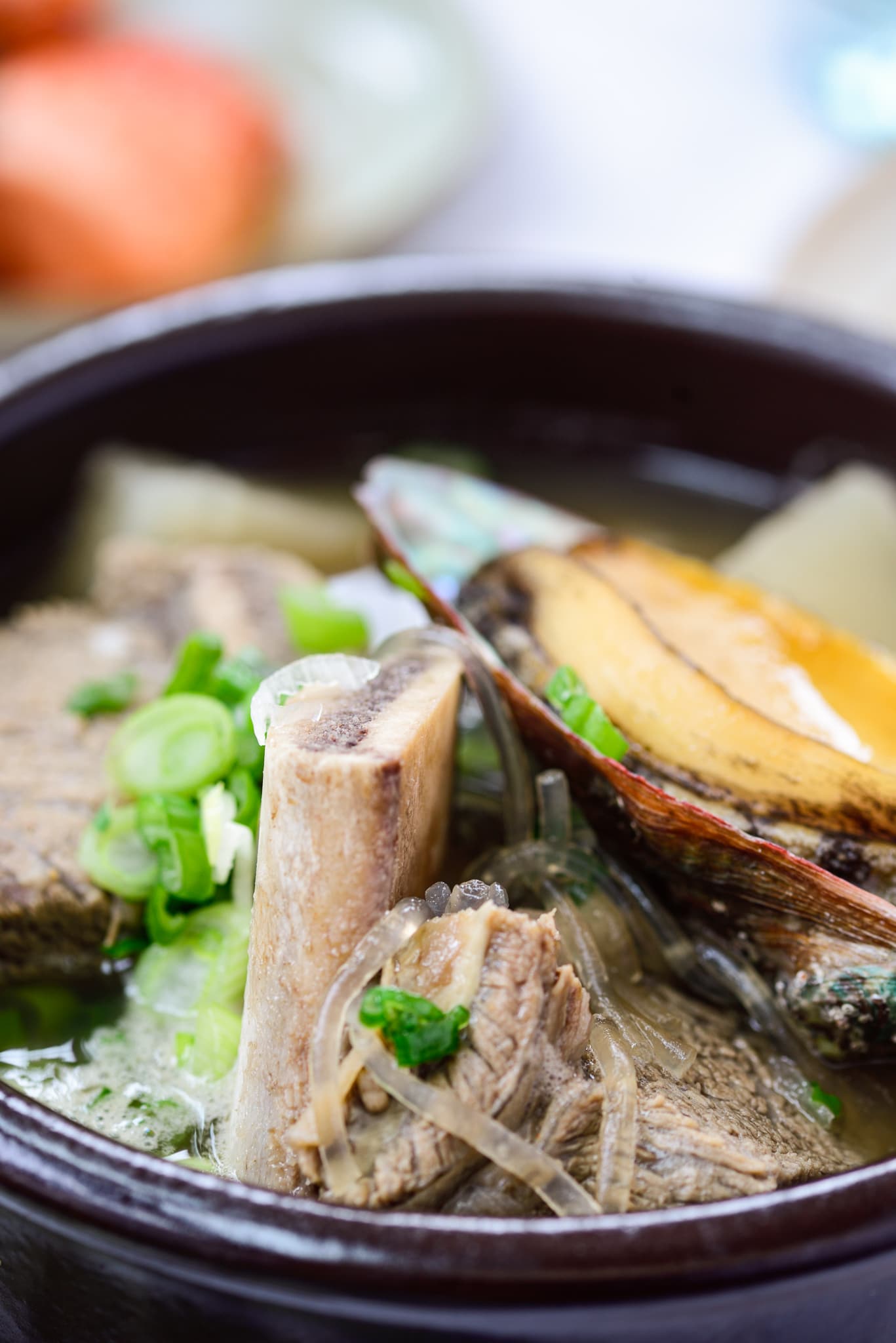 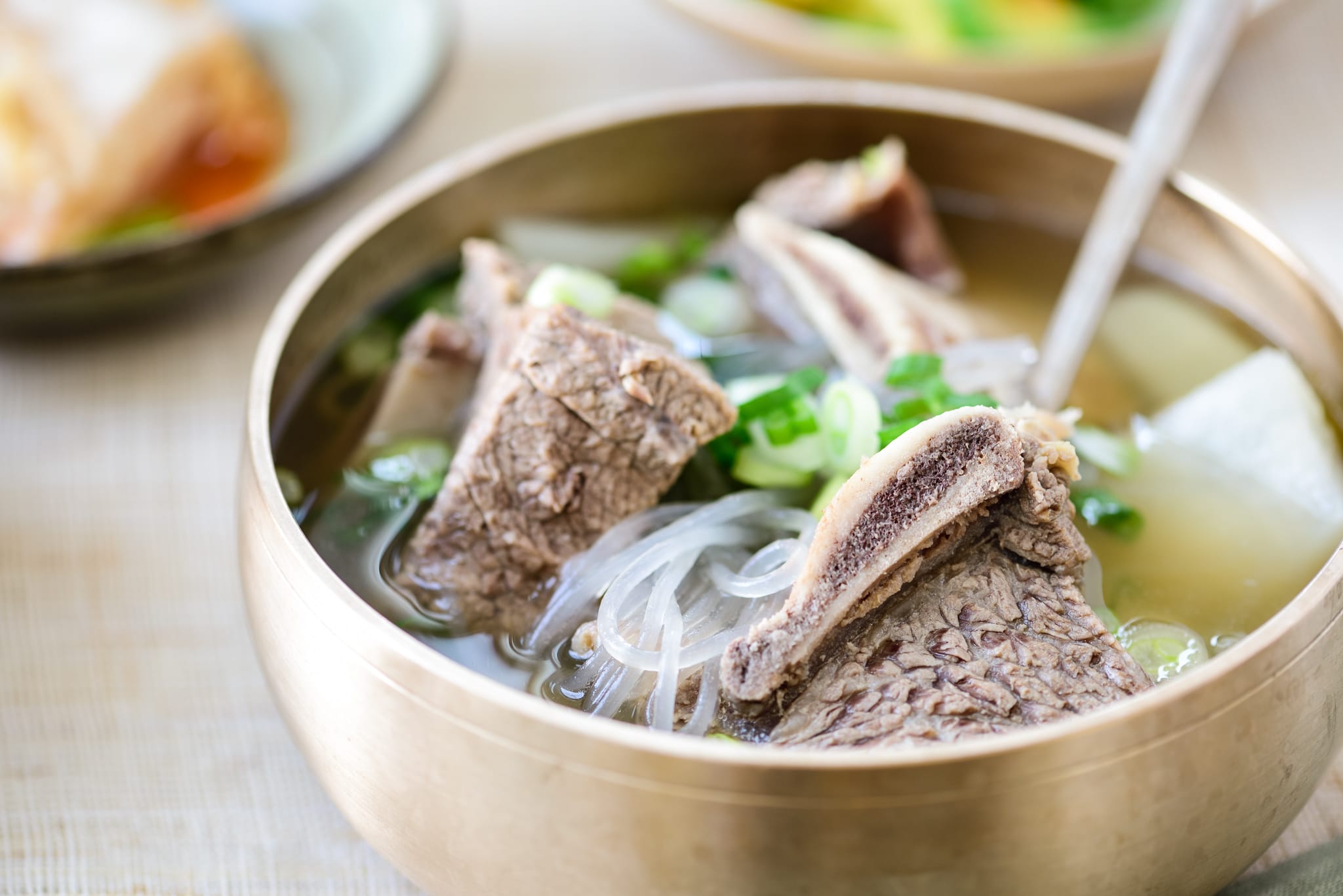 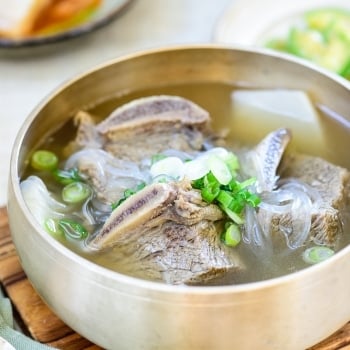 If using abalone, clean them well, and add to the soup 7 to 8 minutes before turning the heat off at the end of cooking. See my abalone porridge to learn how to clean them.
Tried this recipe?Mention @koreanbapsang or tag #koreanbapsang!

This recipe was originally posted in December 2015. I’ve updated here with new photos, more information, and minor changes to the recipe.