Muguk is an easy soup made with Korean radish (mu). It’s a staple soup in Korean homes. 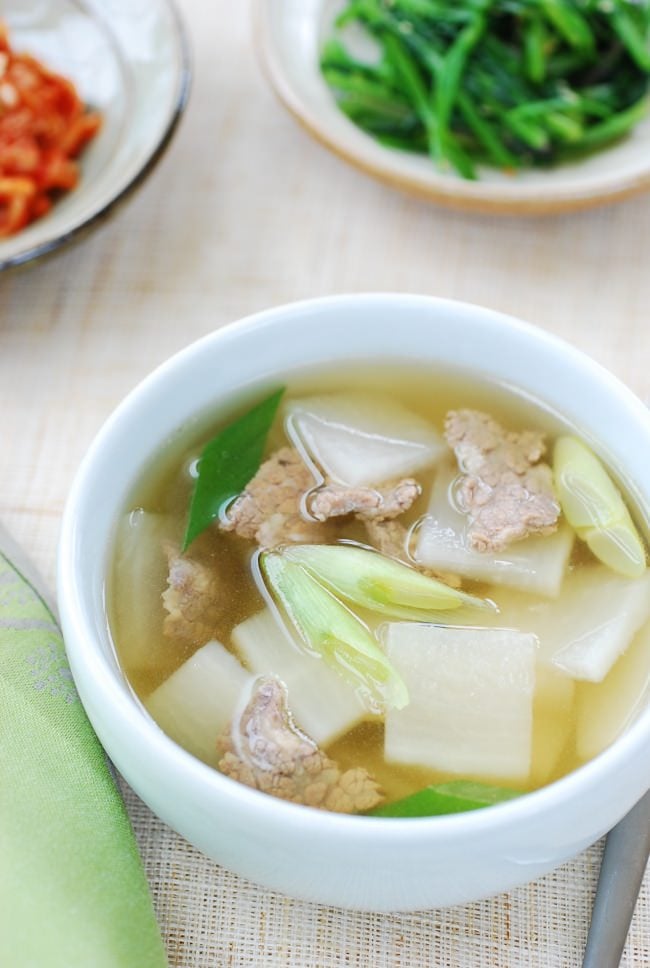 Cool weather is here to stay around here, and Korean radish, mu (무), is in season. A perfect combination for muguk (Korean radish soup)!  You don’t probably haven’t seen muguk served at restaurants, but it’s a staple soup in Korean homes. It’s an easy soup to make, but I’ll share some basics and tips which will be helpful. 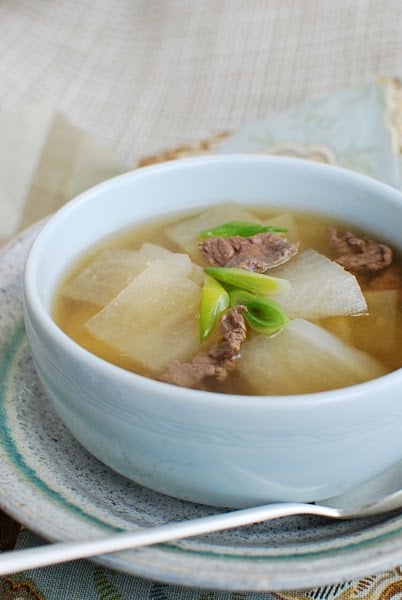 Korean radish,mu (무), tastes best during late fall and winter. They are juicy and slightly sweet. Buy one that is firm and heavy.

I used a quick method that’s common in Korean cooking to make a beef soup base. See another method in my tteokguk (떡국) recipe. The thinly sliced beef is seasoned with Korean soup soy sauce and sautéed before being boiled in water. The result is a broth with deep flavors that deliciously complements the white radish.

This soup base can be used for different types of soups, such as tteokguk, gamjaguk, and miyeokguk. You can use napa cabbage instead of radish in this recipe for sogogi baechu guk. 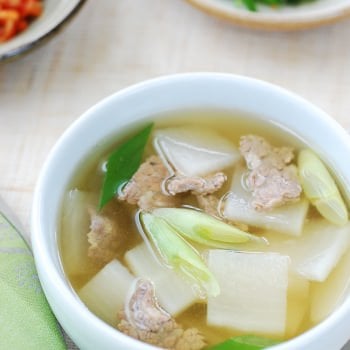 Do not substitute with regular soy sauce. It will be too sweet and dark. A better substitute is fish sauce, which is sometimes used in Korean soups.
Tried this recipe?Mention @koreanbapsang or tag #koreanbapsang!