Baek kimchi is a variety of kimchi that’s made without red chili pepper flakes. White kimchi is enjoyed for its mild, refreshing taste. It’s child-friendly and great for people who have issues with spicy food! 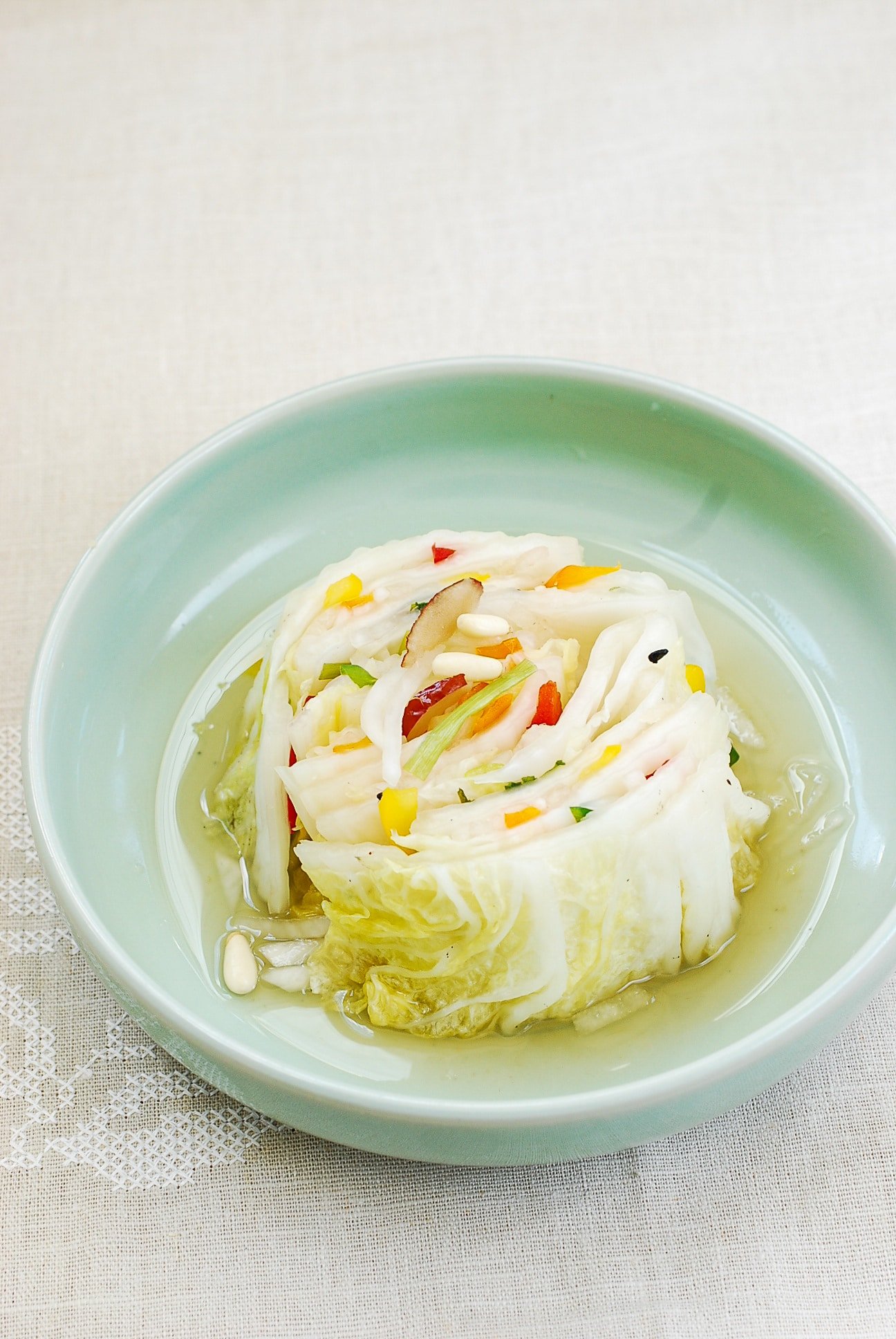 Baek kimchi (백김치) is a variety of kimchi that’s made without gochugaru (red chili pepper flakes). Baek means white. Kimchi is obviously much more popular in its red spicy form, but we enjoy white kimchi for its mild, refreshing taste. It’s child-friendly and great for people who have issues with spicy food!

Napa cabbages are in their prime these days, and they tend to be larger than the ones you find in the summer. Look for medium size cabbages (about 4 to 5 pounds) with deep green outer leaves and yellow inner leaves. Large ones tend to be soft and less sweet because of the high water content.

The best salt for salting the cabbages is Korean coarse sea salt, which are available at Korean markets. Korean sea salt is known for superior quality and high mineral content, which helps prevent the cabbages from softening quickly, while improving the taste of kimchi.

It seems like kimchi recipes take so much salt, but a lotof it iswashed off once the cabbages are properly salted. 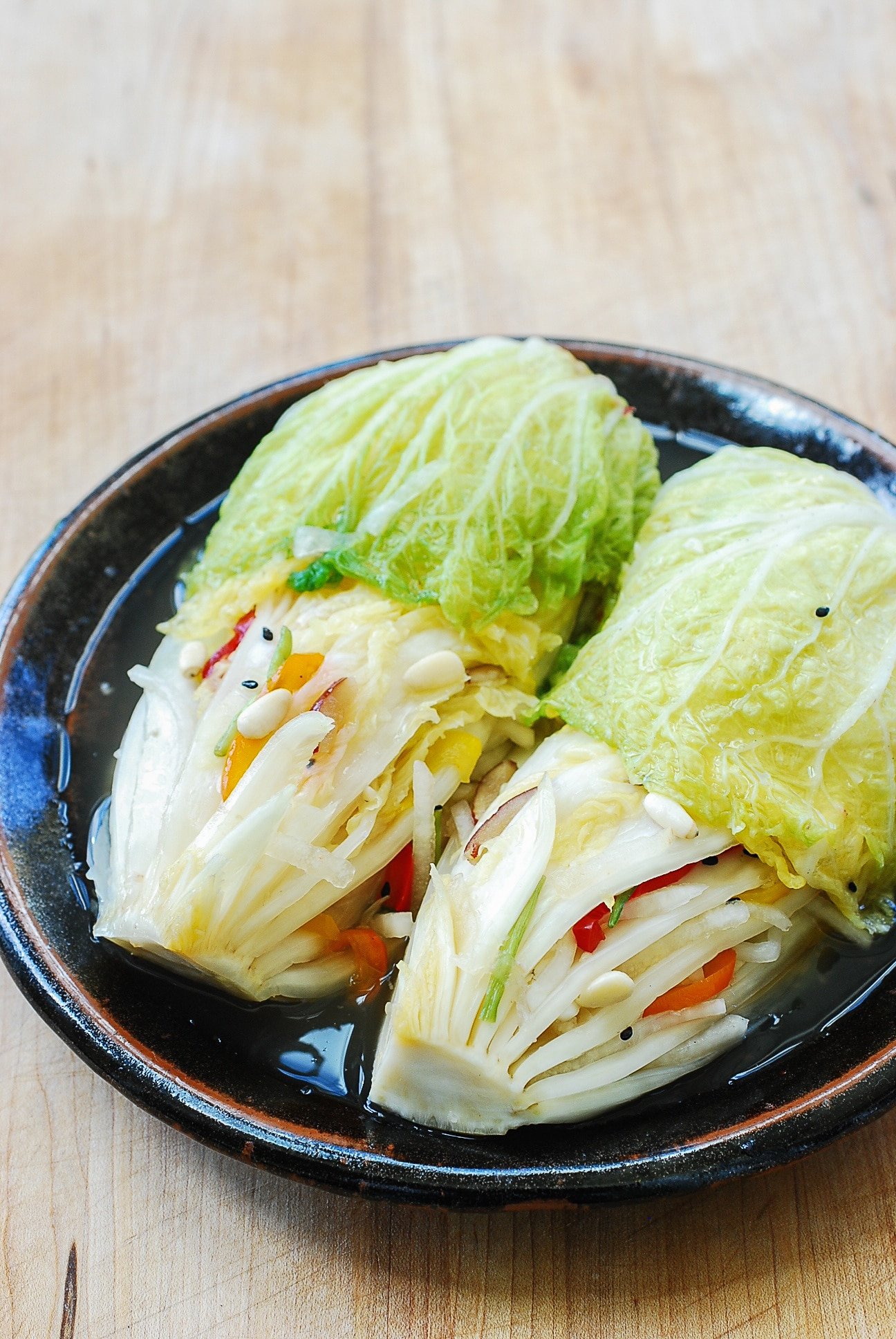 The stuffing for white kimchi varies but usually includes typical kimchi ingredients such as radish, garlic, ginger, scallion, minari (미나리), pear, etc. I like to add colorful bell peppers, which are called paprika in Korea, for sweetness and additional colors.

Traditionally, we also throw other ingredients such as pine nuts, jujubes, and chestnuts into the baek kimchi stuffing. They are nice things to have, but not absolutely necessary.

Baek kimchi typically has a lot more water content than its red, spicy counterpart. You can simply use water and salt or flavor it with other ingredients such as grated pear, garlic, ginger and salted shrimp. I usually add sweet rice (aka glutenous rice) powder paste. 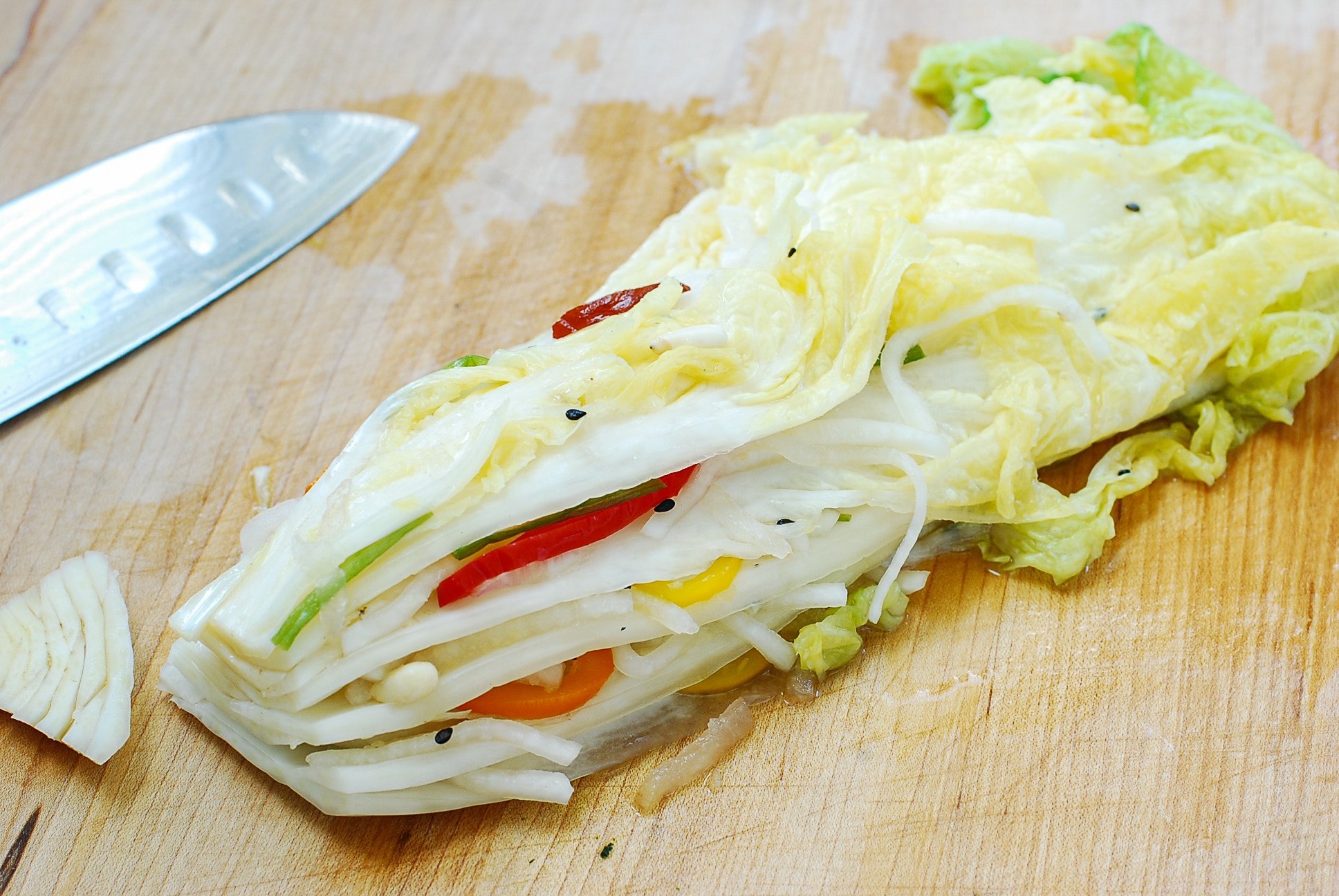 Koreans commonly use rice paste in kimchi. Among other reasons, the rice paste promotes fermentation by feeding healthy bacteria and helps develop the flavors of kimchi.

After a few days of fermentation, you will have mild kimchi that’s crunchy and full of subtle flavorswith a bit oftang. The refreshing brine isgreat as a soup base for cold noodles. 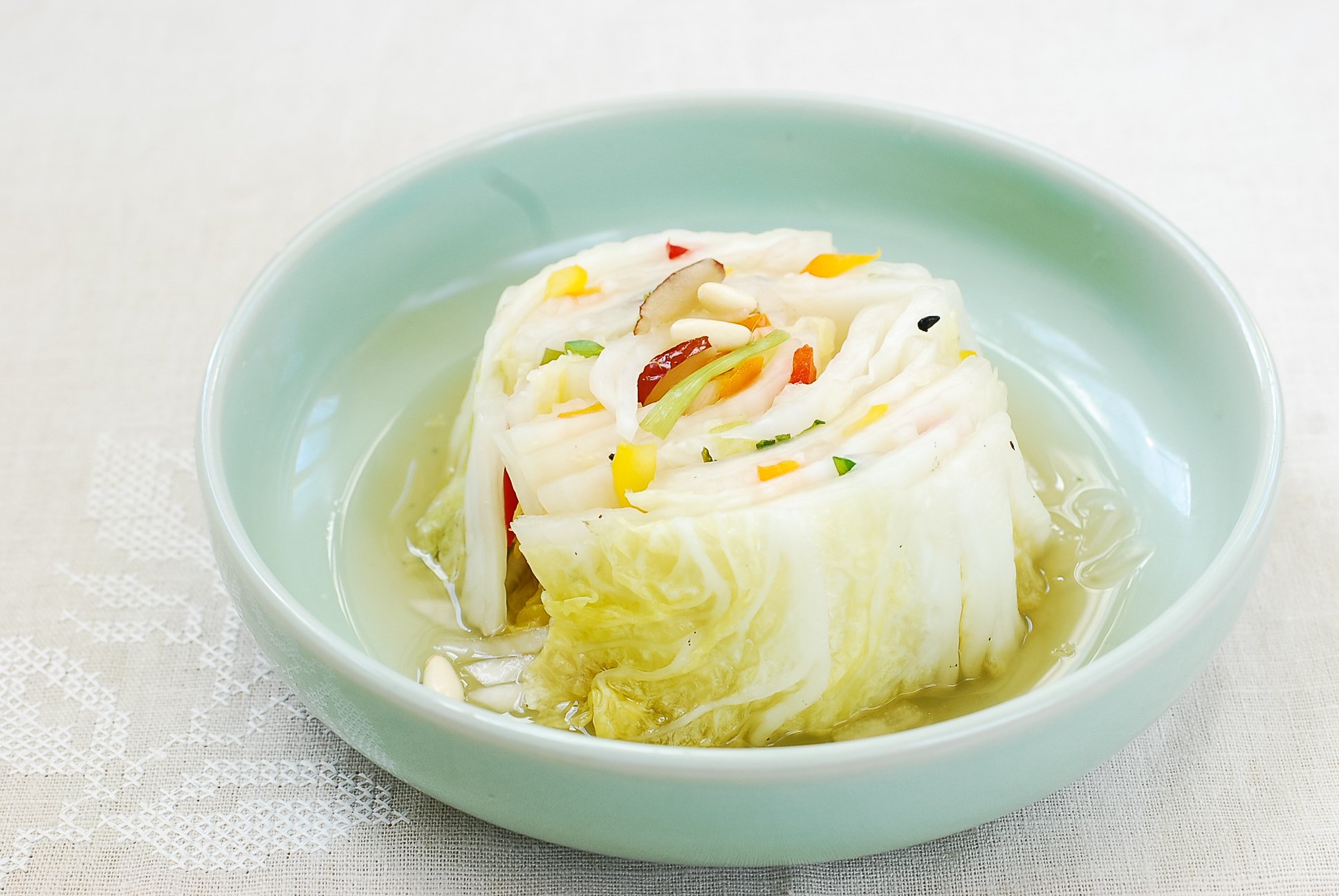 Have you tried this white kimchi recipe? Please rate the recipe below and leave a comment! Stay in touch by following me onYouTube,Pinterest,Twitter,Facebook, andInstagram. 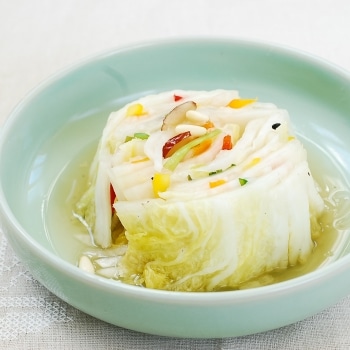