Chonggak kimchi is made with a small variety of white radish with long leafy stems. With typical kimchi seasoning ingredients, you can easily make it at home! 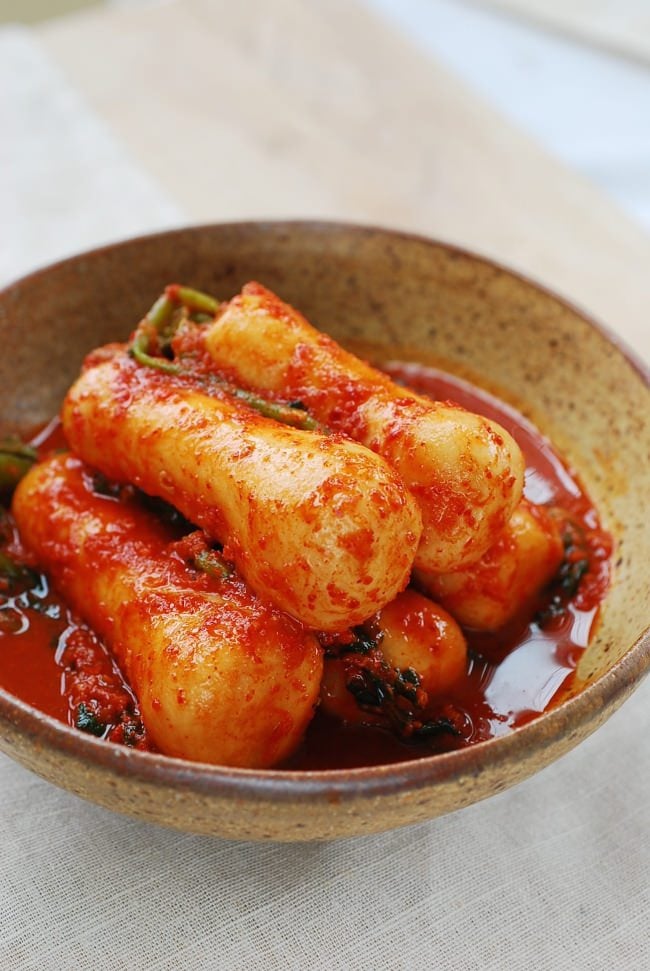 The word chonggak (총각) means “bachelor” in Korean, and the word originated from the ponytail hairstyle, called chonggak, young boys/men used to have in the old days. It’s commonly believed that this radish was given its name because of long leafy stems resembling ponytails. This kimchi is often translated to “bachelor kimchi” in English.

How to make chonggak kimchi

Chonggak kimchi is made with the stems intact. You can cut the stems into shorter lengths, leaving some attached to the radish. Also, if the radish part is too thick, you can half (quarter) it lengthwise.

The salting time varies depending on the size/thickness of the radishes and the salt you use. The radishes don’t need to be salted all the way to the center. In fact, kimchi will taste better if you don’t draw out all the radish water content by over salting them.

I used a combination of fish sauce and saeujeot (salted shrimp) using more fish sauce. The taste will be milder if you use more saeujeot than the fish sauce. You can also make it with fish sauce only.

You can serve chonggak kimchi whole or cut into smaller pieces. Most Koreans enjoy picking up a whole radish with chopsticks, and biting off a piece at a time making loud crunching noises. Fun and delicious! 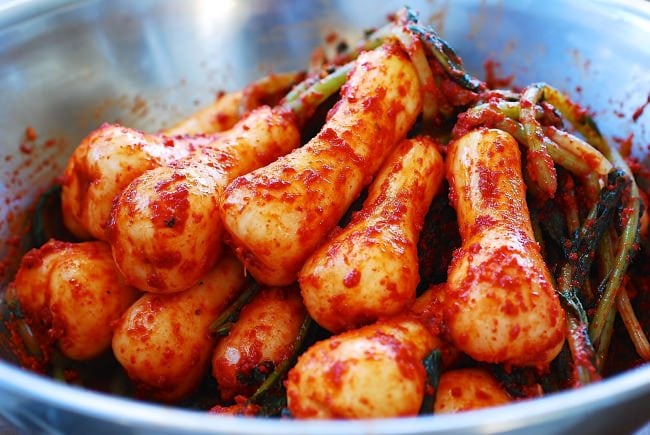