Sataejjim is a traditional braised dish that’s made with bite sized beef shank meat. Make it in your slow cooker with lots of root vegetables. 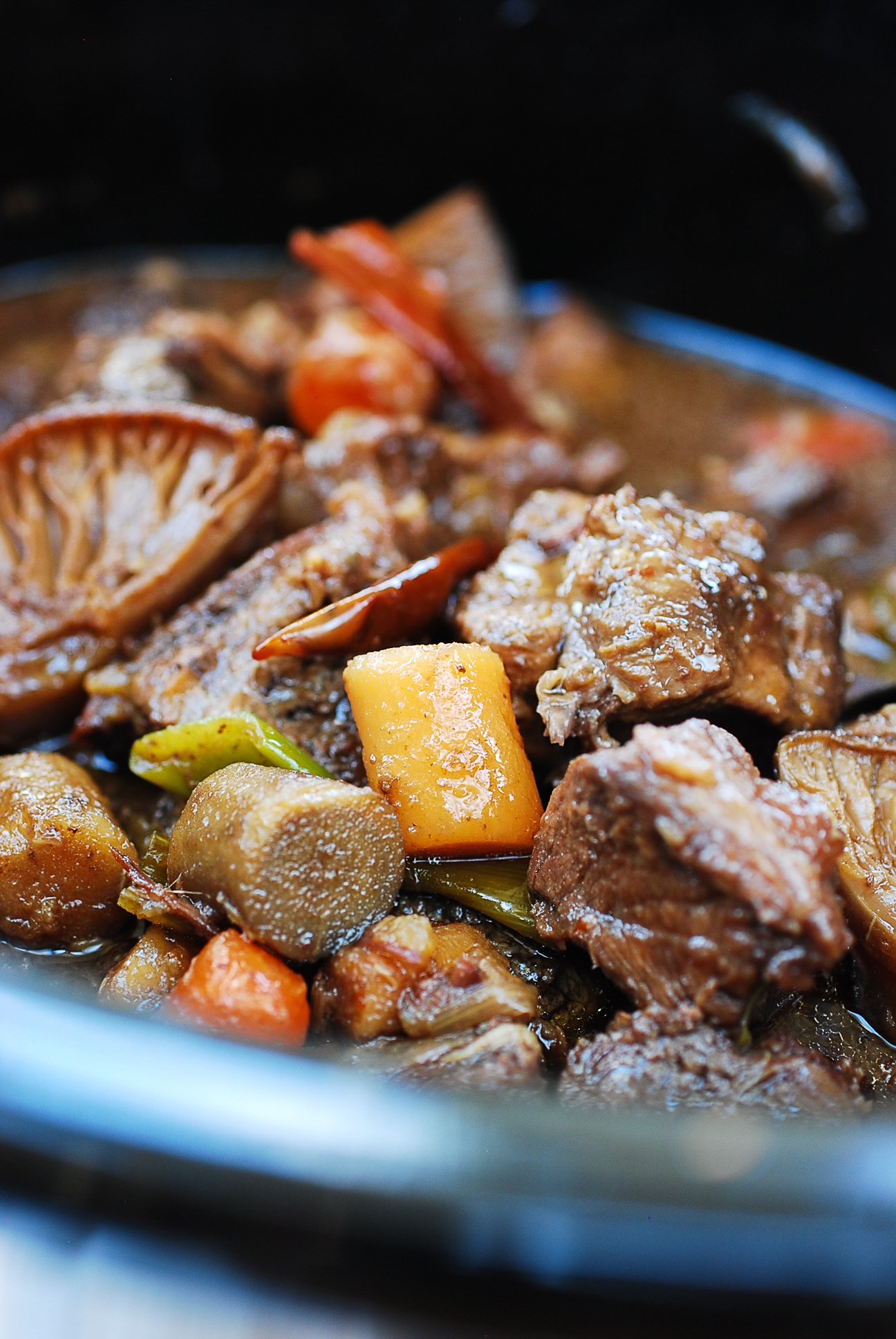 For those of you who have been asking for more slow cooker recipes, here’s another one for you! Sataejjim (사태찜) is a traditional braised dish that’s made with bite sized beef shank meat (satae).

The method and flavor are similar to galbijjim (갈비찜), braised short ribs. Beef shank meat is a tough cut of meat with lots of connective tissues. Slow cooking breaks down the collagen into a rich, flavorful gelatin.

Sataejjim is often a cheaper or less fatty alternative to galbijjim in Korea. Beef shank is typically sold bone-in here in America, but you can fine is sold boneless in Korea. It’s a popular cut of meat for making soup and braised dishes such as jangjorim (soy braised beef). You can find boneless beef shank meat at Korean markets.

If you are using bone-in pieces, cut the meat off the bones into bite sizes and throw both the meat and bones in the slow cooker. The bones will impart great flavor to the dish.

The seasoning is very similar to the one used for galbijjim. Traditional sataejjim (and galbijjim) calls for grated Korean pear. For this recipe, I experimented with apricot preserve. It worked great! But, you don’t have to.

Instead of Korean radish, which is traditional in Korean braised dishes, I used some other root vegetables here for a change. I used a combination of parsnip, celery root, and burdock root, which I had in the fridge. You can, of course, use Korean radish, and turnip can also be good. 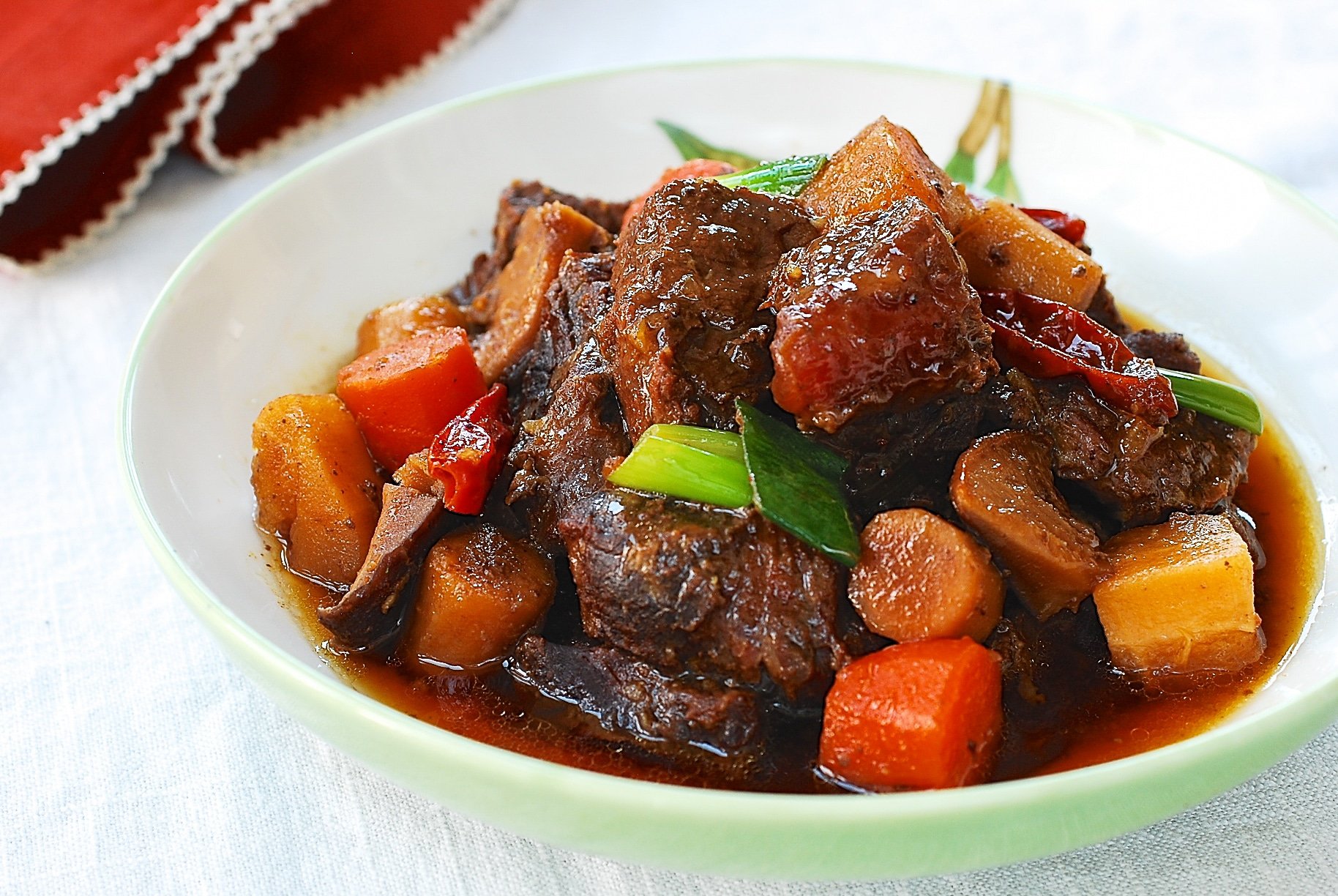 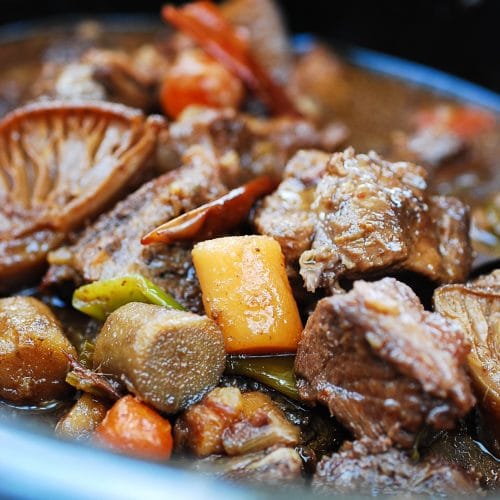 If you want to use Korean pear, skip apricot jam. Use 1/2 of a medium size pear by cutting into chunks. Use the same amount of honey and sugar in the recipe for sweetness.
Tried this recipe?Mention @koreanbapsang or tag #koreanbapsang!