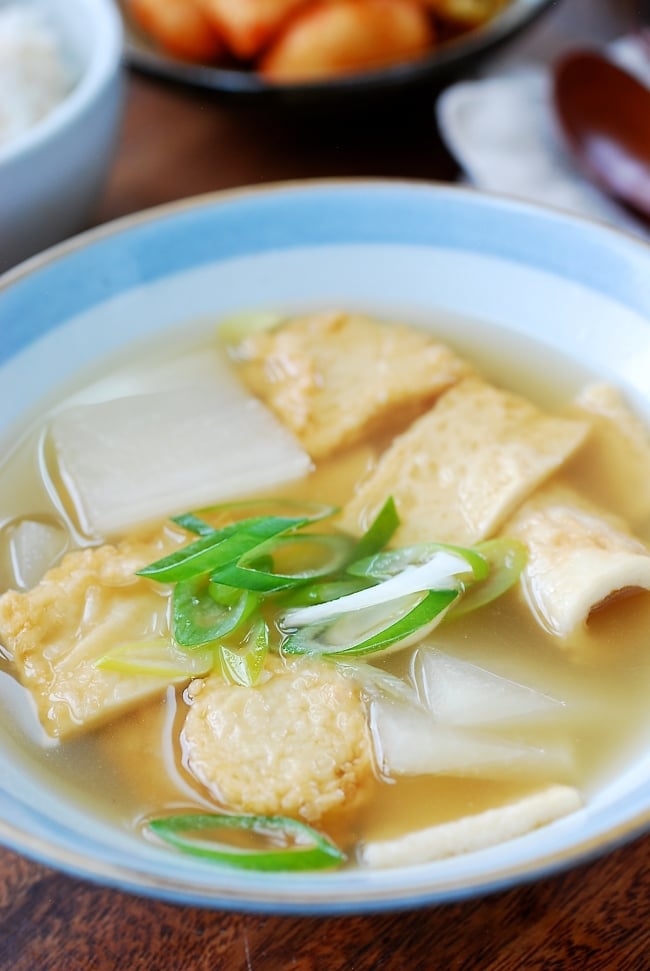 When it’s cold outside, skewered eomuk (어묵) simmered in a light savory broth is hugely popular at street food carts and stalls in Korea. Eomuk (aka odeng, 오뎅) is processed fish cake made with pureed fish and other ingredients. It’s a common ingredient used in various Korean dishes such as gimbap and eomuk bokkeum. The street version of eomuk guk (soup) is conveniently served on long skewers with the hot broth served separately in a cup. At home, eomuk guk can be prepared without skewers as an easy everyday soup! 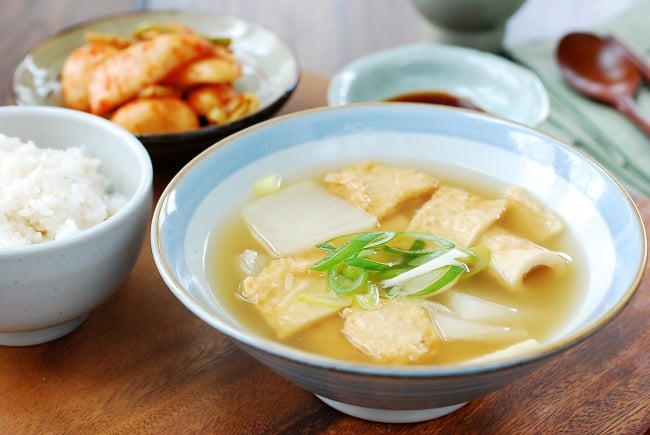 As mentioned in my eomuk bokkeum, Busan, a southern coastal city, is most famous for delicious eomuk. Outside Korea, you can find fish cakes made in Busan in the frozen section of Korean markets. Eomuk comes in many shapes and sizes. You can use any type for this recipe. I like to use a combination of different types for varying shapes and textures. Simply cut them into bite sizes if necessary.

A simple anchovy broth is all you need for this soup. You can of course use more complex broth if you like. See my How to Make Anchovy Stock for options. But, let me tell you my secret ingredient — a dried or fresh hot chili pepper when making the broth. It’ll make the broth taste really good, giving a subtle spicy kick to the broth while reducing that oily taste of the fish cakes. 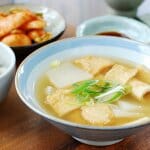