This post demystifies seolleongtang so you can make this restaurant favorite at home. A few dollars’ worth of beef bones make lots of rich and nourishing soup. 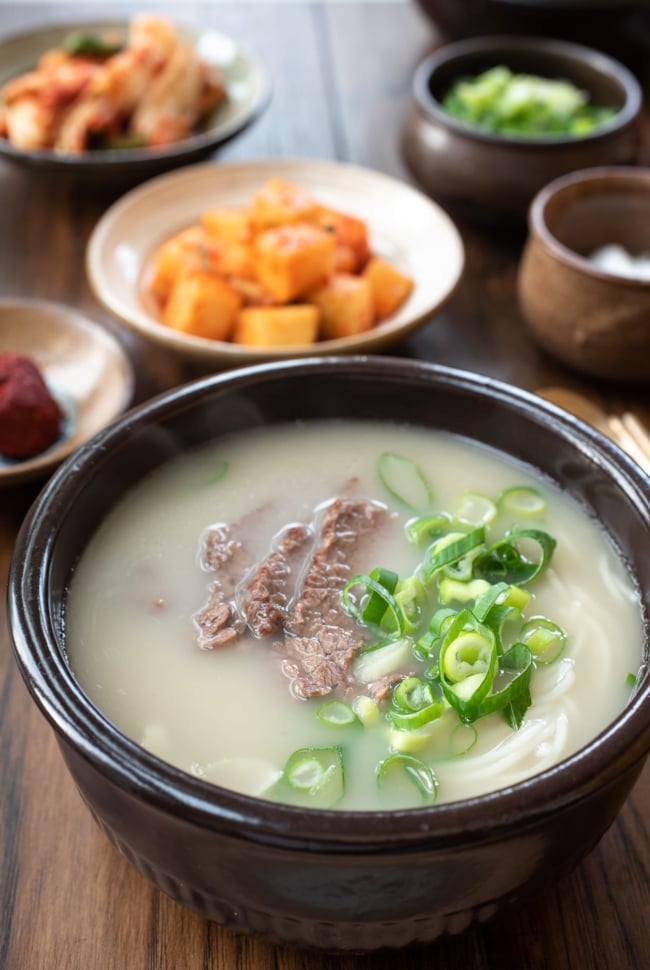 Seolleongtang is a milky beef bone soup that’s made by boiling down ox leg bones for several hours until the broth becomes rich and creamy white. This broth is a staple in Korean households, especially during cold winter months.

Legend has it that this soup was created because King Seonjong of the Joseon Dynasty wanted to feed a large number of people after an ancestral worship ritual involving a sacrificial cow. Let me tell you — the King had the right idea!

You can feed your whole family with a few dollars’ worth of beef bones and still have some leftover to freeze for later use.The broth is also great as a soup base for many other Korean soups such as tteokguk, manduguk,doenjangguk, andmiyeokguk.

In this post, I’m going to demystify seolleongtang to convince you to make this restaurant favorite at home. Yes, it takes time, but most of it is stove time. You can do other things around the house while this is boiling away in the kitchen. The result is totally rewarding!

Which ox bones to use

Ox marrow bones, called sagol (사골) , is most typically used to make this milky bone soup, but other parts such as knuckle bones (dogani, 도가니) and ox foot (ujok, 우족). I usually use a combination of two or three different parts of bones for a rich flavor. 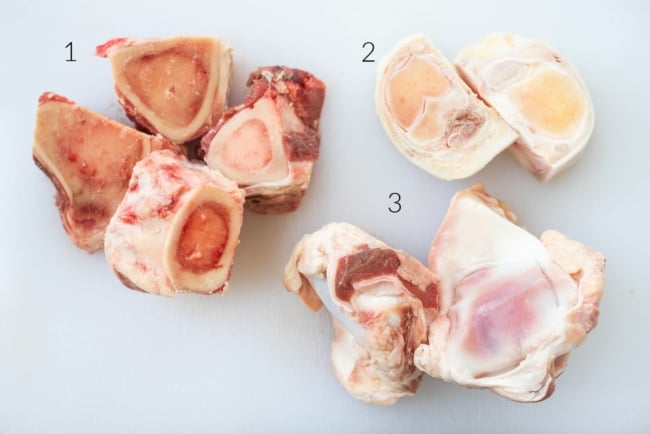 How to make seolleongtang

There are no hard and fast rules about how muchbones or water you need to use or how long you should boil. A few pounds of bones go a long way, and you can use as much water as your pot can hold.

In making a Western-style beef stock or Vietnamese pho broth, the cooks aim for a clear, brown broth by simmering beef bones for many hours. In contrast, the goal of making Korean ox bone broth is to achieve a milky white broth.

What’s done differently? It’s the heat level! For a clear broth, the bones are gently simmered over low heat. Simmering, by definition, is cooking at the temperature below the boiling point with bubbles gently rising to the top. For a milky broth, you need to maintain a medium boil, not simmer, throughout the cooking time. 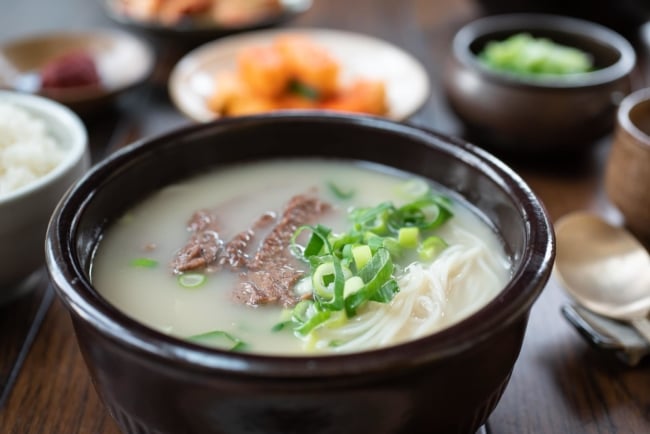 Don’t throw the bones away after making the first batch of broth. Use them again to make another batch. The broth will be even milkier the second time around. I usually stop after the third batch.

It’s common to use aromatic vegetables, such as onion, garlic, and the white parts of large scallions. However, only using the bones will give you a stronger beefy flavor. It’s a matter of personal taste. Try both ways, and decide which way you like better.

How to serve seolleongtang

Seasoning is usually done at the table by adding sea salt. You’ll be surprised by how a little bit of salt brings out the complex flavor of the beef. The soup is also naturally nutty with a hint of sweetness. Delicious! 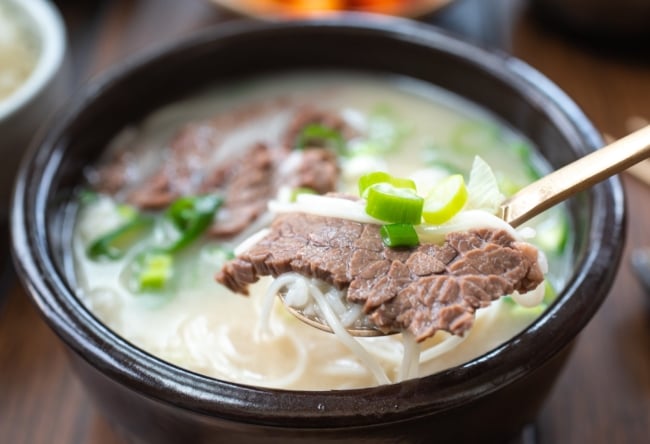 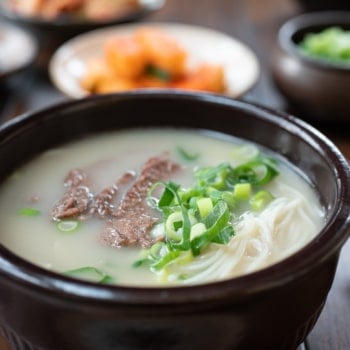 This recipe was originally posted in February 2013. It was updated here with new photos and more information.