This traditional version of tteokbokki is mildly flavored with a soy sauce based sauce. It’s slightly sweet and deliciously savory! 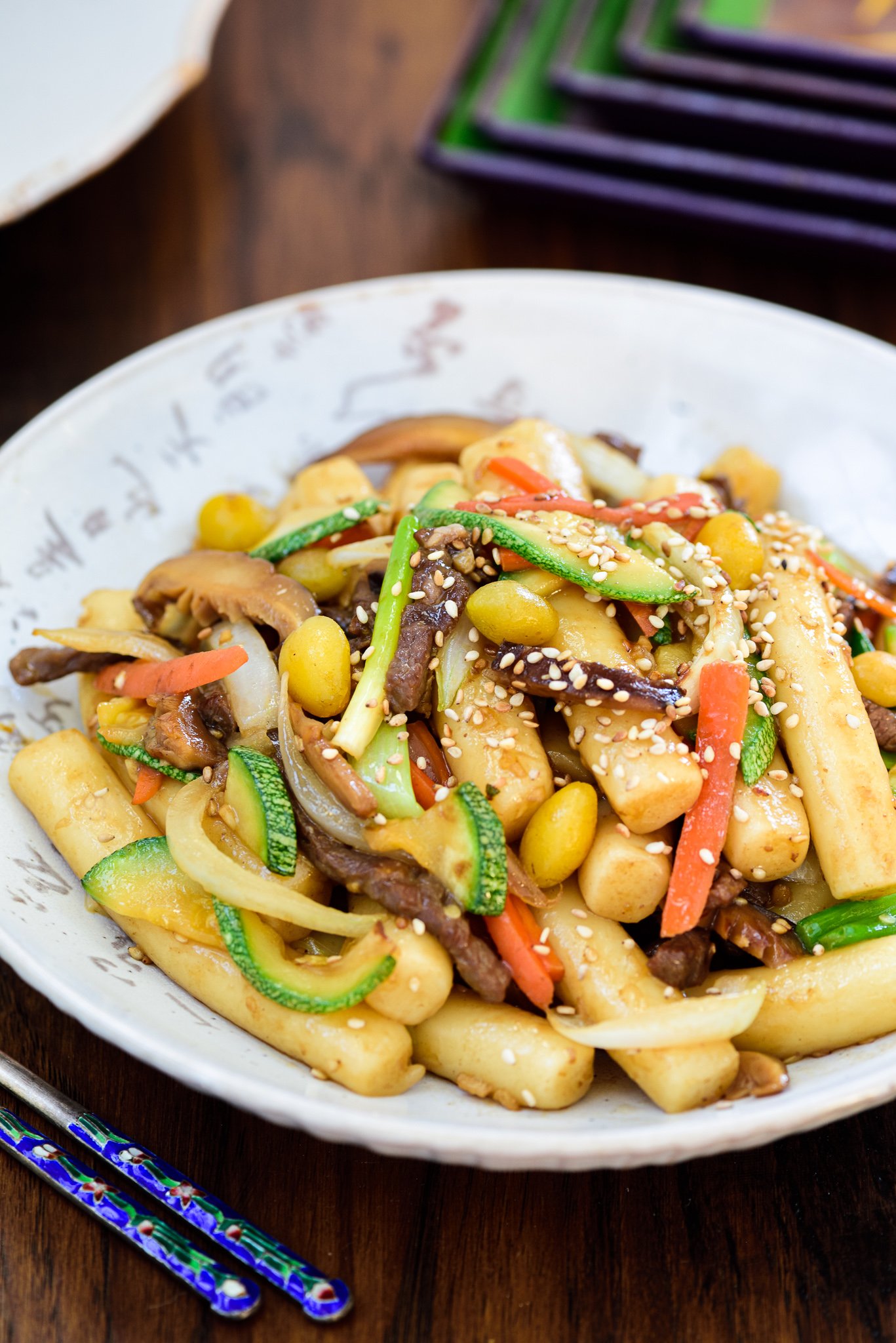 This version of stir-fried rice cakes dates back to the Joseon Dynasty (1392-1910). As the name suggests, it was part of the royal cuisine and regarded as a high class dish – an interesting contrast to the modern spicy version which is pretty much street food.

One story behind the origin of this royal dish is that it was inspired by japchae (stir-fried starch noodles with vegetables) and created to help regain the King’s appetite. In fact, gungjung tteokbokki is also known as tteokjapchae (떡잡채) perhaps because it is made in a similar fashion to japchae.

This deliciously colorful dish will be a great addition to your lunar New Year feast! You can, of course, enjoy as a snack or a light meal any time of year. 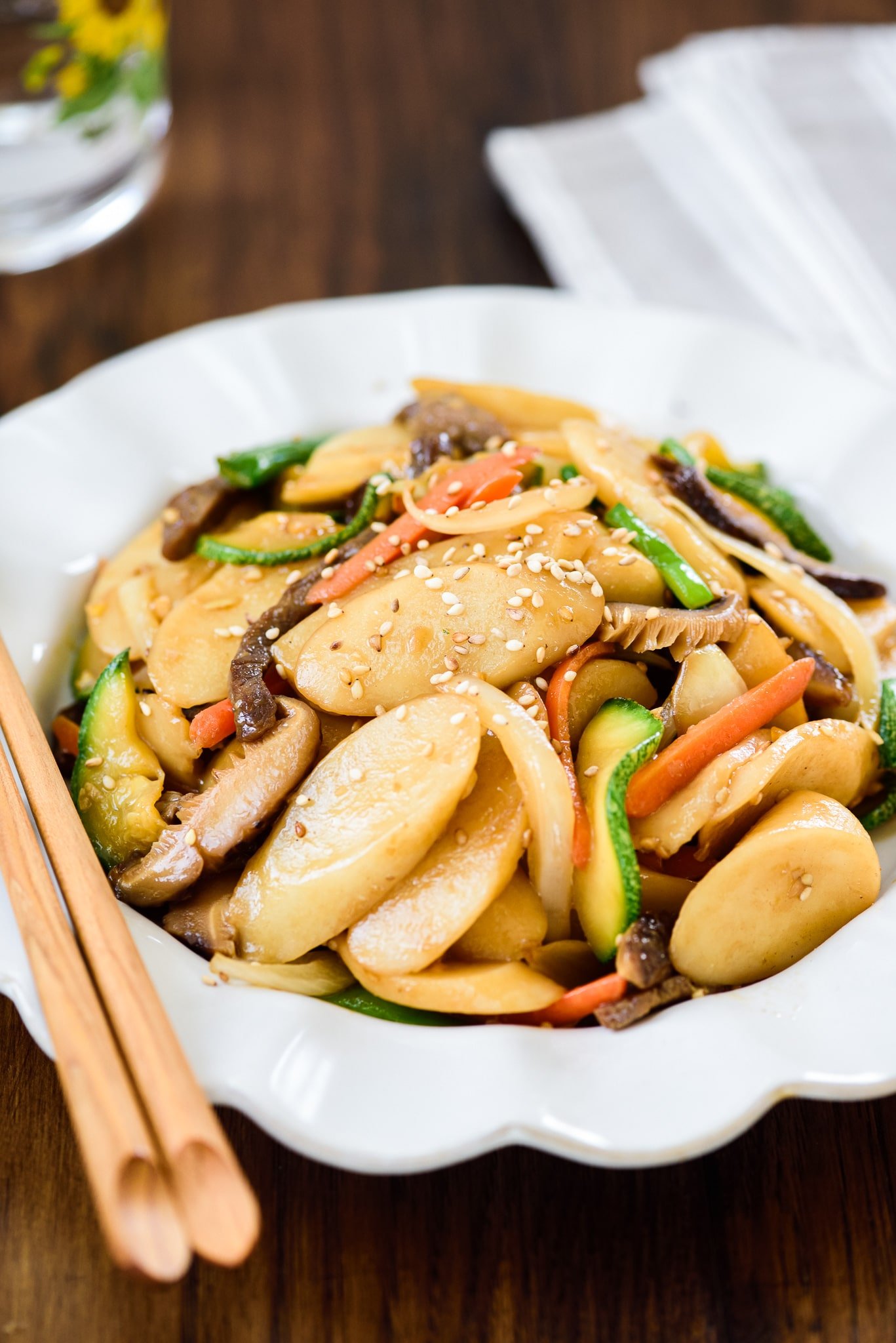 Garaetteok (가래떡), a cylinder-shaped white rice cake, is used in various ways in Korea. The thin ones are cut short for making tteokbokki, hence the name tteokbokki tteok (떡볶이떡). The thick type is sliced into thin oval shapes for making tteokguk (rice cake soup), which is the New Year soup.

This recipe uses beef but you can use pork or chicken if you like. Likewise, feel free to use any vegetables you want. Garlic chives, colorful bell peppers and spinach are all great options.

You can make this dish vegan or vegetarian by simply omitting the meat and increasing the amount of the mushrooms or other vegetables. 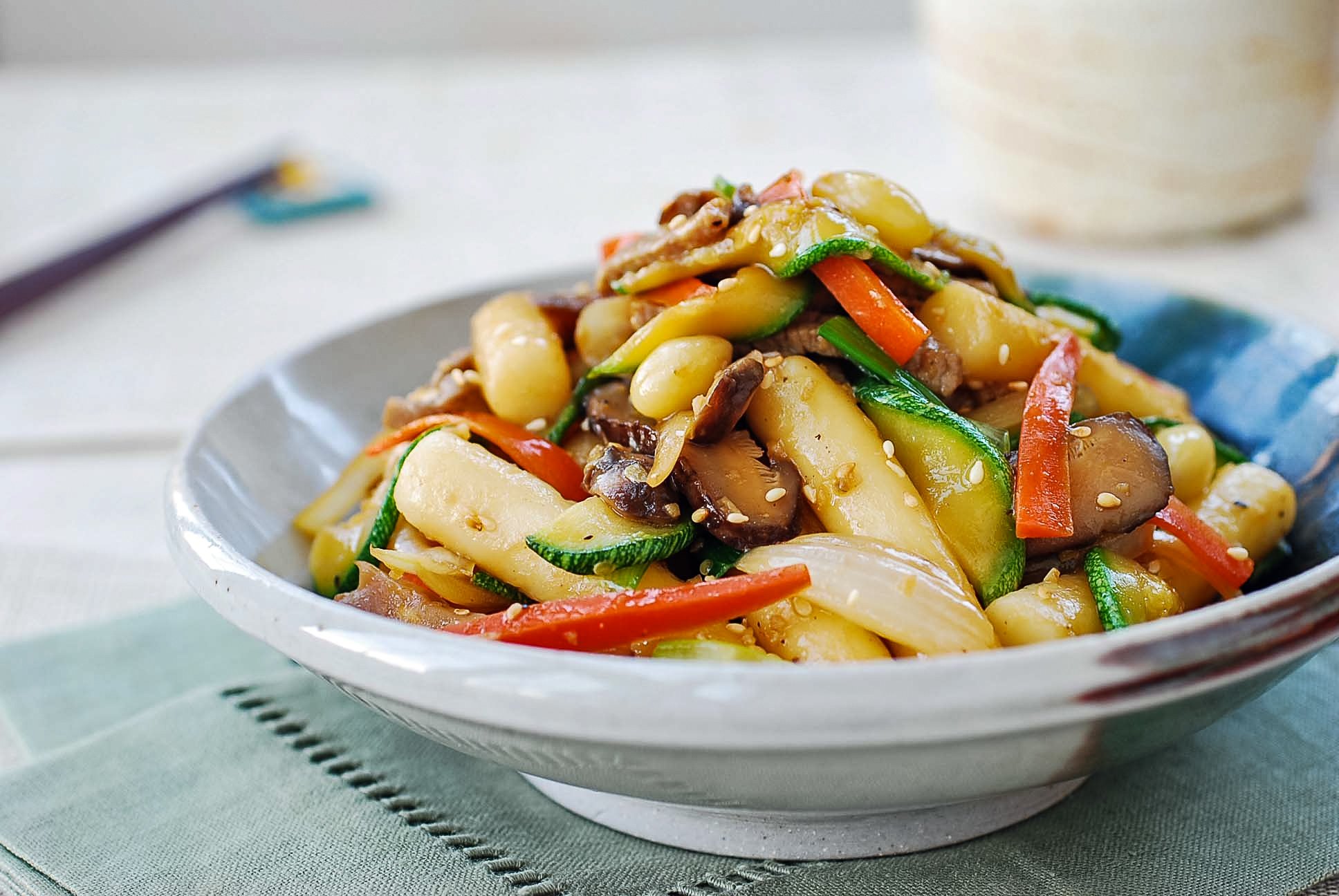 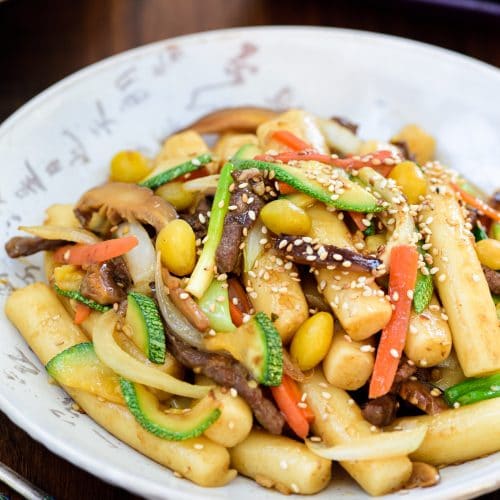 This gungjung tteokbokki was originally posted in January 2014. I’ve updated it here with new photos and minor changes to the recipe.