Tteokguk (or dduk guk) is Korean rice cake soup! This starchy and soothing bowl of soup is not only a New Year’s tradition but is classic comfort food any time of year! 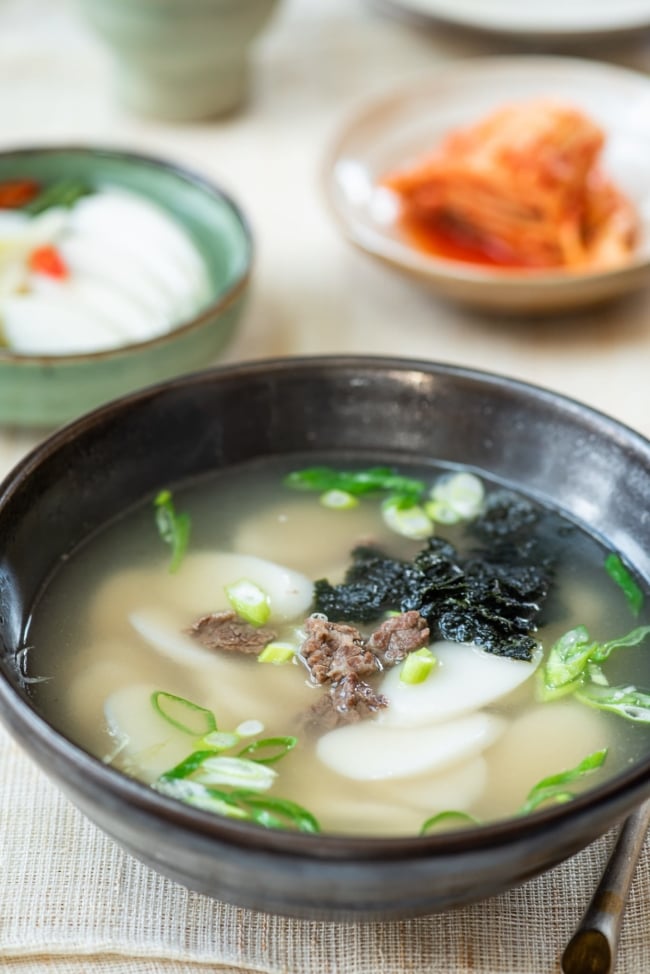 Happy New Year! For Koreans, auspicious food for a prosperous New Year is definitely tteokguk (떡국) — rice cake soup! This starchy and soothing bowl of soup is not only a New Year’s tradition but is a classic comfort food any time of the year!

What is tteokguk (or ddukguk)?

Tteokguk is a soup made with sliced rice cakes, usually in beef broth. It’s a traditional must-eat New Year’s dish. The rice cake used for this soup is garaetteok, which is unsweetened and shaped like a long cylinder. For the soup, garaetteok is sliced into thin oval shapes. The white oval shape symbolizes a bright and prosperous new year.

Growing up, I always loved to eat long steaming garaetteok that my mother used to bring home from a rice cake mill to prepare for the New Year’s feast. She would wait a couple of days for the garaetteok to turn hard before slicing them into thin oval slices. These days, pre-sliced gareatteok is widely available all year around, making the soup preparation much easier. 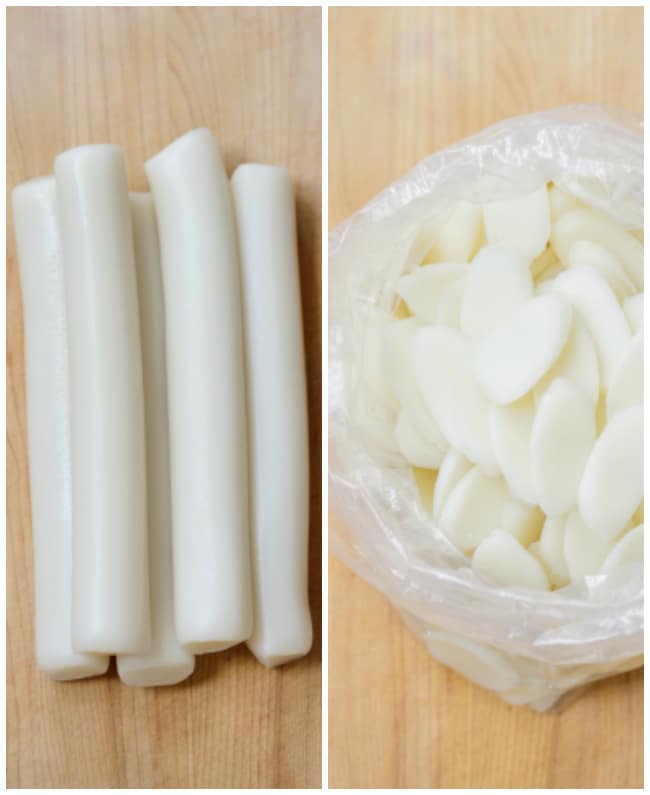 Often, I add mandu (Korean dumplings) to tteokguk, in which case the soup is called tteok-manduguk (떡만두국). You can use any kind of mandu in the soup. My favorite is kimchi mandu because of its pungent flavor and crunchy texture, which I think adds a nice contrast to the mildly flavored broth and soft rice cake slices. 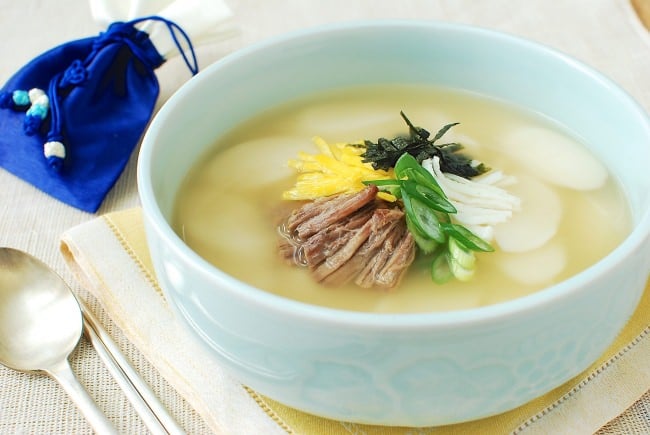 How to make beef broth for tteokguk

You can make tteokguk with any broth such as anchovy broth, vegan broth, and chicken broth. However, beef broth is classic. It’s also common to use milky beef bone broth.

There are largely two ways to make beef broth for Korean soups. For the first one, you cut the meat into small pieces, season with Korean soup soy sauce and sauté with a little bit of sesame oil before boiling in water. Since the meat is thinly sliced, it cooks up quickly, more so if you use a tender cut of meat. Use a cut of meat with some marbling that’s not too tough. Beef chuck, loin or bulgogi meat is good for this. 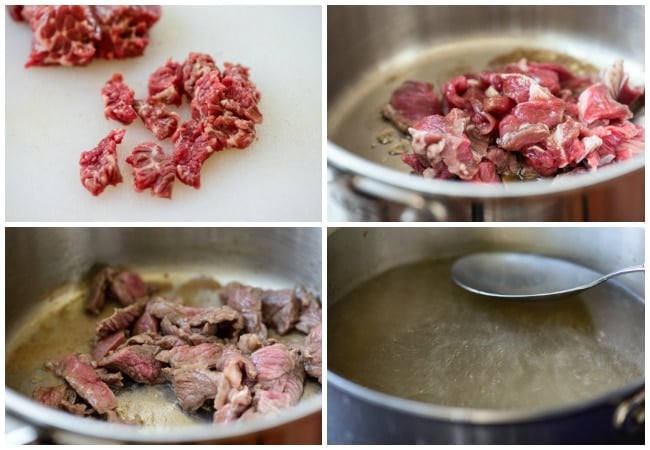 Another method is to boil a large chunk of flavorful beef with some aromatic vegetables. In Korea, beef brisket (yangjimeori, 양지머리) is a popular cut of meat for making soups. It’s a tough cut of meat cooked in large chunks, so it takes longer for the meat to turn tender, about an hour. The resulting broth has a deep flavor. The meat is then shredded, seasoned and used as a garnish.

Variations and tips for making tteokguk 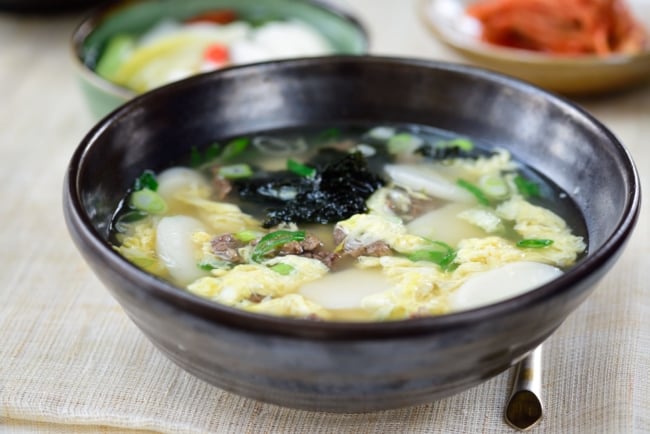 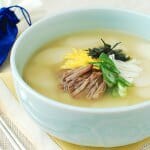 Beef Broth (you can also use anchovy broth)

This recipe was originally posted in January 2013. I’ve updated it here with new photos, more information and minor changes to the recipe.