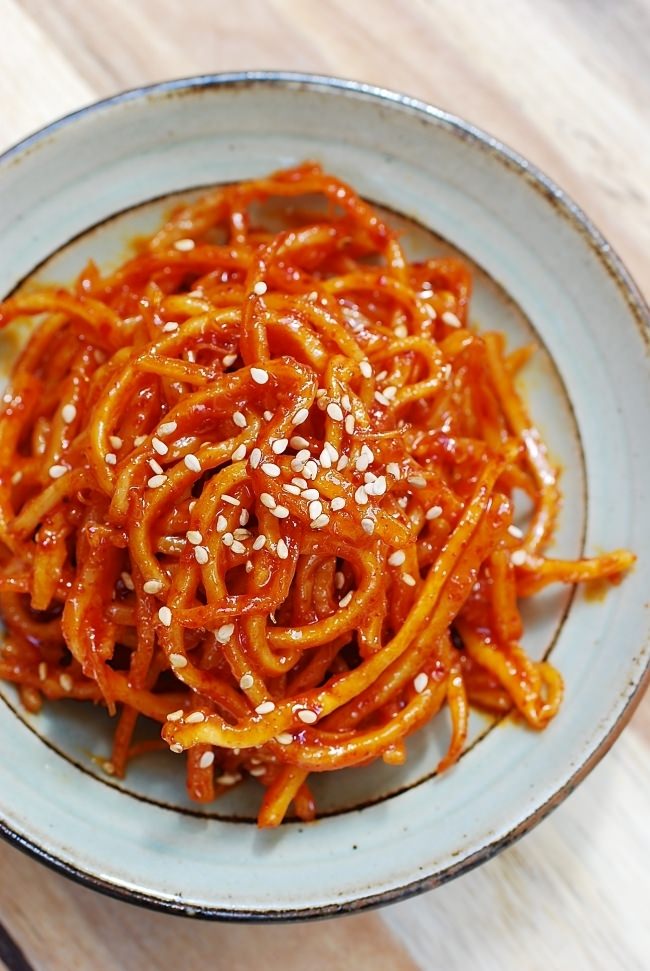 Ojingeochae (o-jing-eo-chae, 오징어채) is dried squid that’s shredded and processed with seasoning such as sugar and salt. It’s slightly sweet with a hint of saltiness. Ojingeo is squid, and chae means shredded or julienned. It’s also called jinmichae (진미채). Jinmi means tasty. It’s commonly enjoyed as a snack on its own, especially when drinking alcohol, and also used as an ingredient for a side dish.

To make this side dish, there are various ways Korean cooks soften this dried squid. I use a little bit of water to wet the squid to rehydrate. The squid will lose its flavor if submerged in water too long. Steaming the squid briefly works well too. 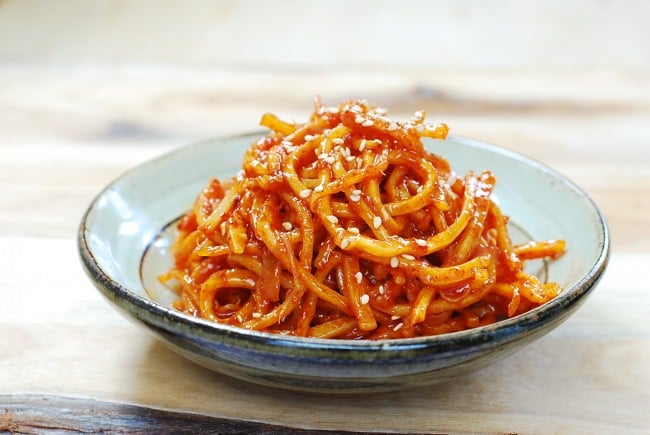 The important thing to remember is to cool the mixture before adding the squid. If added to the hot sauce, the squid will cook and get rubbery. This is why it’s called muchim (mixed), not bokkeum (stir-fried).

Enjoy this chewy, sweet and spicy dried squid with any of your Korean meals. It’s also delicious with a simple bowl of rice or in gimbap! 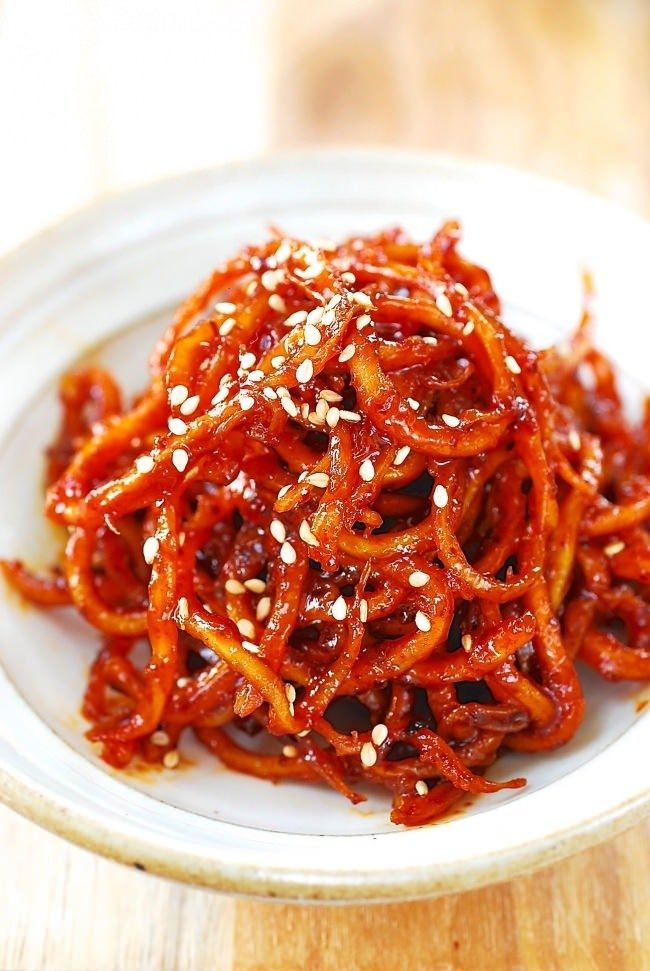 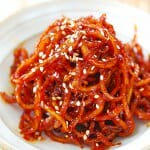