Tangsuyuk is a popular Korean-Chinese sweet and sour pork (or beef) dish! Learn how to make this crispy deep-fried meat in a delicious sweet and tangy sauce at home with this easy to follow recipe. 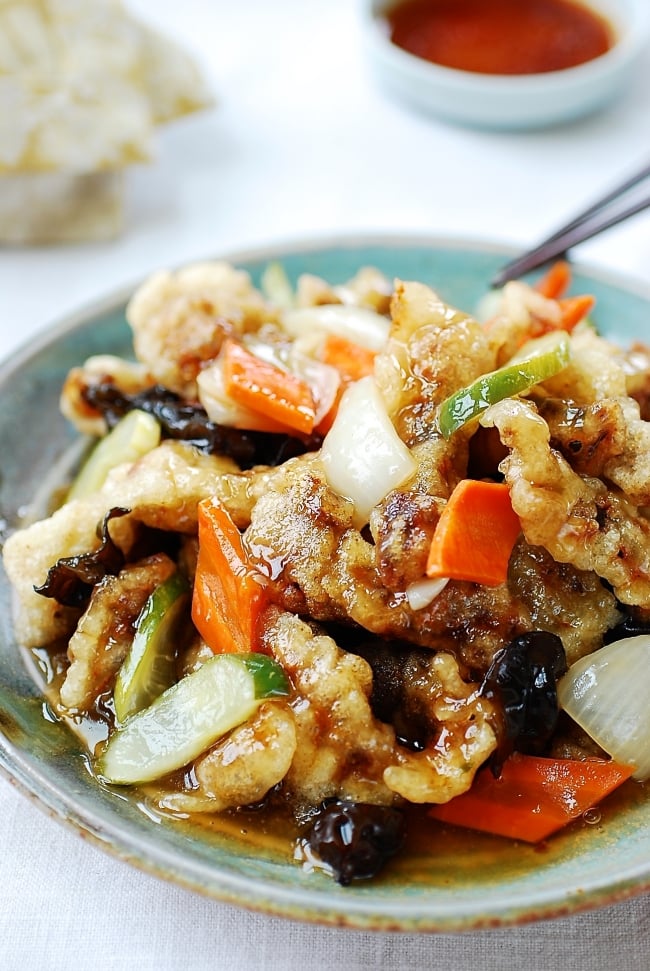 Tangsuyuk (탕수육) is crispy deep-fried pork (or beef) in a delightfully sweet and tangy sauce! It’s Chinese sweet and sour pork (or beef) dish adapted for Korean taste. Tangsuyuk (also spelled tangsooyuk) is another beloved Korean-Chinese dish along with the two noodle dishes – jajangmyeon and jjamppong.

Every time my family goes out to a Korean-Chinese restaurant, we almost always order a large plate of tangsuyuk to share as an appetizer.  At home, I often make this dish for special occasions or gatherings, especially when my extended family gets together. Everyone loves it!

Tangsuyuk is easy to make, but the process goes very quickly. So, have all your kitchen equipment and ingredients ready before starting to cook. This tangsuyuk recipe was originally posted in September 2011. I’ve updated it here with new photos, more information, and an improved recipe.

Growing up, my mother usually made this dish with pork. I usually do the same thing except when my sister-in-law who does not eat pork will be coming. You can use any meat of your choice for this recipe.

For a vegan tangsuyuk, try rehydrated dried shiitake mushrooms. They are meaty, chewy, and packed with earthy flavor. 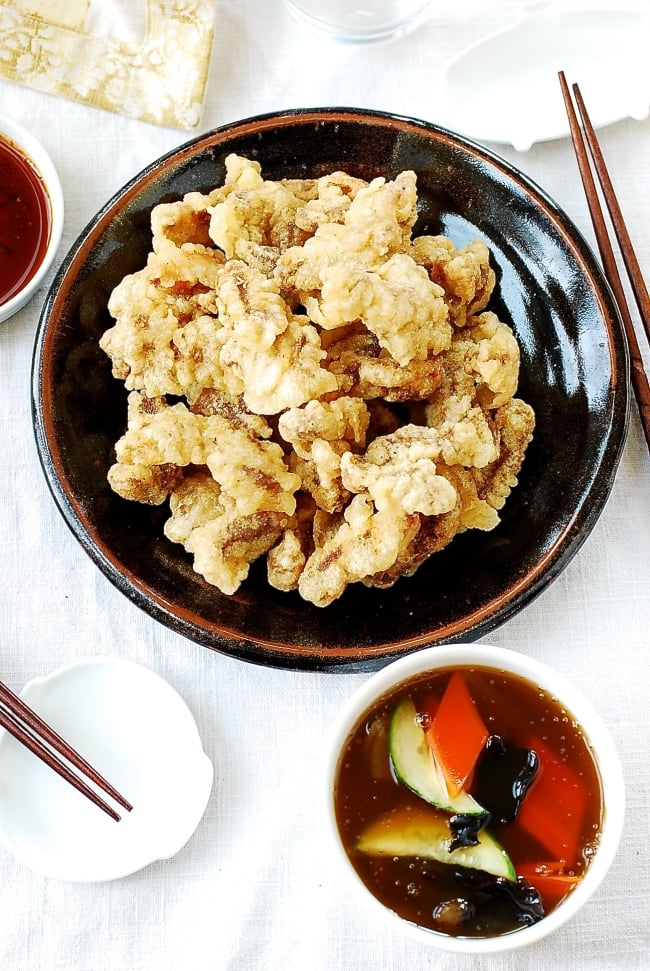 How to make tangsuyuk batter

You’ll need to pre-soak the potato starch used to make the batter for about an hour or two. This is a traditional method used to create a slightly chewy yet crispy crust. It is important to deep-fry the meat twice for extra crispiness.

How to make tangsuyuk sauce

The key to a successful tangsuyuk sauce is the balance between the sweetness and sourness. This tangsuyuk recipe produces a well-balanced sauce, but you can always adjust to your taste.

The vegetables add different textures and a colorful touch to the dish. In this updated recipe, I used carrot, onion, cucumbers, and wood ear mushrooms. Red and green peppers and green peas are also good options. You can also add some fruits, such as pineapple or apple slices.

Some people like to have the sauce on the side and dip the meat in the sauce as they eat. I prefer the sauce poured over the meat. One of my readers once called the former a “dipper” and the latter a “pourer”.  Which one are you? 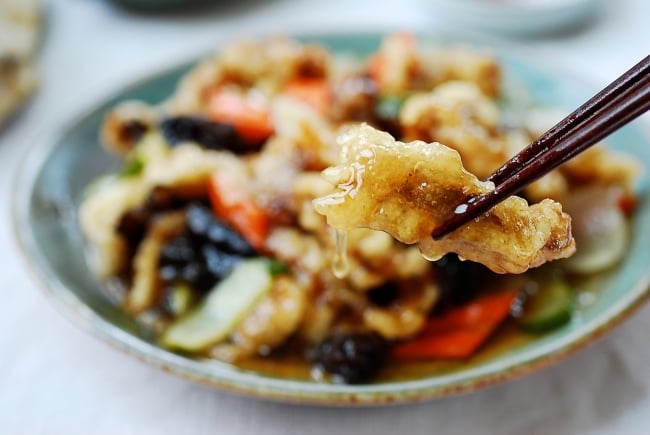 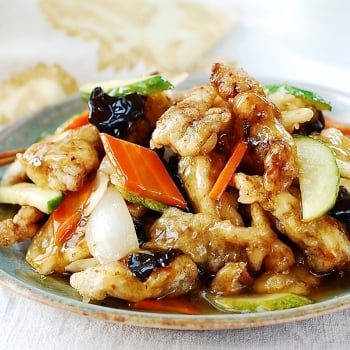 Red and green peppers and green peas are also good options. You can also add a few bite size fruit slices, such as pineapple or apple, at the end of cooking. 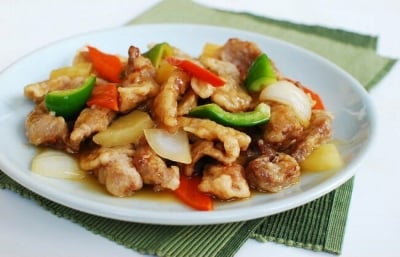