Gamjatang is a spicy, hearty stew made with pork bones. You can make this restaurant favorite at home with this easy to follow recipe. 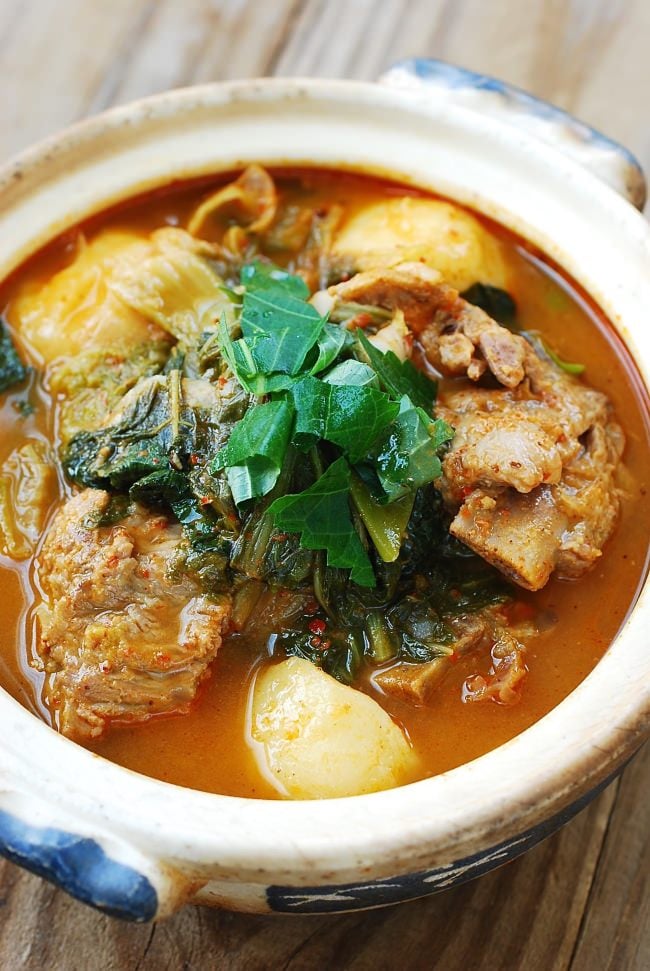 Gamjatang (감자탕) is a spicy, hearty stew made with pork bones. Gamja (감자) is a Korean word that’s more commonly used for potato, but for this dish, gamja actually refers to a part of the pork spine. Honestly, I didn’t even know this until I started researching the origin of gamjatang for this post. Well, we learn something new every day!

Ironically, this stew traditionally includes large chunks of potatoes, gamja, so even most Koreans think that’s where the name of the stew came from. They probably wonder why potatoes in the dish seem extra rather than the main event.

Indeed, this dish is all about pork bones! They are used to make a deeply flavored, milky stew base, and the attached meat is fall-off-the-bone tender and delicious.

You will need to soak the pork bones to remove excess blood. Next, briefly cook the bones in boiling water and discard the water to further remove the impurities from the bones. Then, boil the bones with the aromatic vegetables until the meat is tender and the broth is milky. This is the traditional technique used to cook meat bones in Korean cooking. See galbitang and seolleongtang. 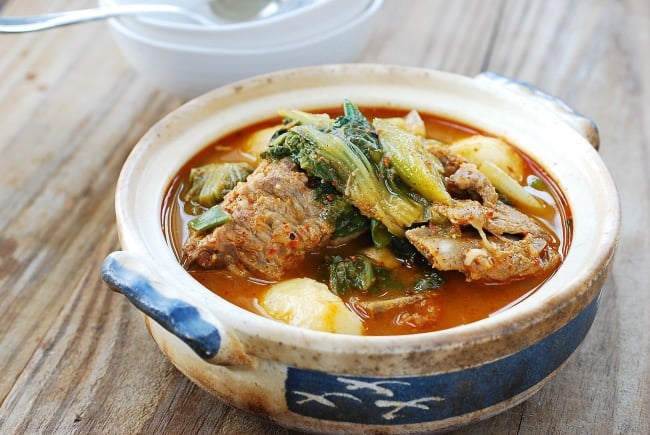 You can make this stew simply with pork bones and potatoes, but this dish typically include boiled napa cabbage or young cabbage (putbaechu, 풋배추). I love the addition of the cabbages!

I know you probably don’t want to buy crushed perilla seeds just for this one recipe. But, perilla seeds are so distinctly flavorful! Use it in ddeulkkae soondubu jjigae or use as a substitute for sesame seeds in many Korean dishes, especially in namul dishes or bibim guksu. 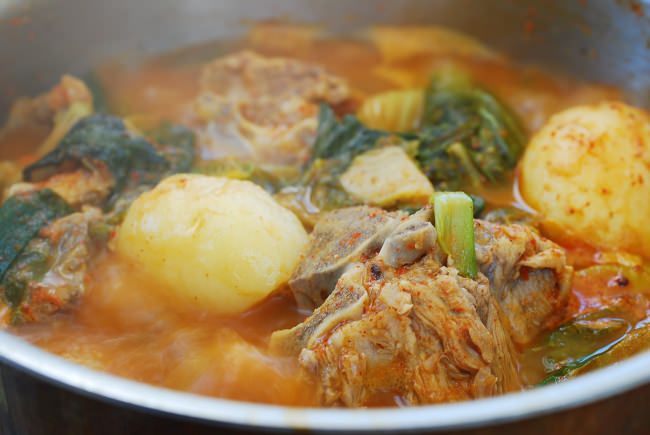 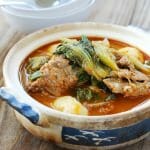