This child-size gimbap (or kimbap) is called ggoma gimbap (꼬마김밥) because of its small size. Ggoma means a little one or little kid in Korean. It’s also known as mayak kimbap (마약김밥). Mayak means narcotic drugs, so the name comes from this gimbap’s reputation for being addictive. It’s a specialty of Gwangjang Market (광장시장), a bustling, crowded market in the center city of Seoul, where the merchants came up with the idea to serve these little guys with a sweet and tangy hot mustard sauce. It’s this sauce that makes the gimbap addictive.

By the way, if you travel to Seoul, Gwangjang Market is a fun place to visit, which boasts, among other things, all sorts of street food. The market is a popular place for both locals and tourists. 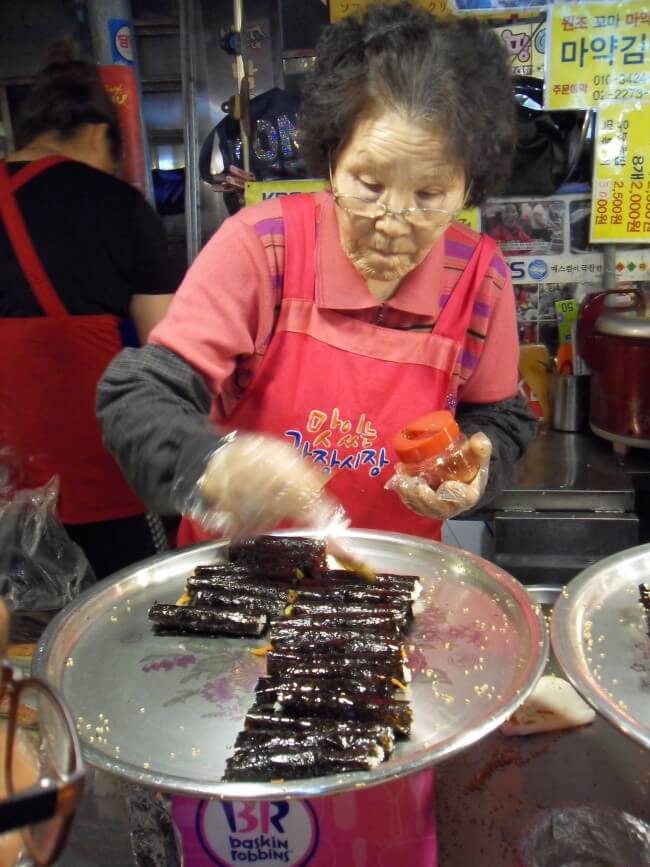 Unlike traditional gimbap, this mini gimbap uses minimal ingredients, which takes no effort to roll up. The gimbap I tried in Gwangjang Market, during my trip last year, had only two ingredients in it — yellow pickled radish and carrot, but generously brushed with sesame oil. I used three ingredients here — pickled radish, carrot, and spinach. You can substitute julienned cucumber for spinach. 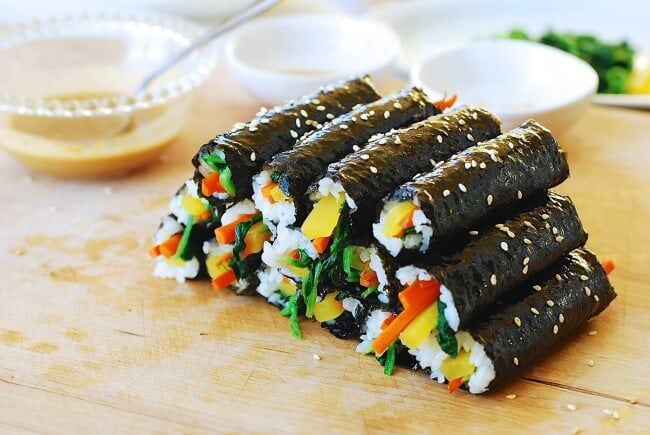 I am not sure what secret ingredients the merchants use for their mustard sauce, but a typical hot mustard sauce includes hot mustard called gyeoja (겨자), vinegar, soy sauce and sugar. Here, I tried it with dijon mustard and added finely ground sesame seeds for extra nutty flavor to pair with the sesame oil laden gimbap. It’s addictive! 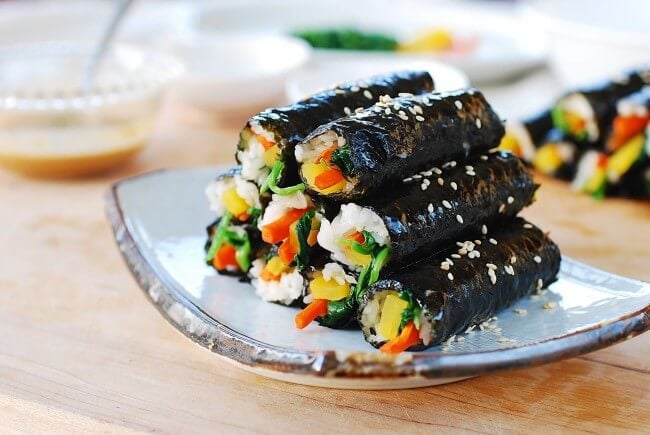 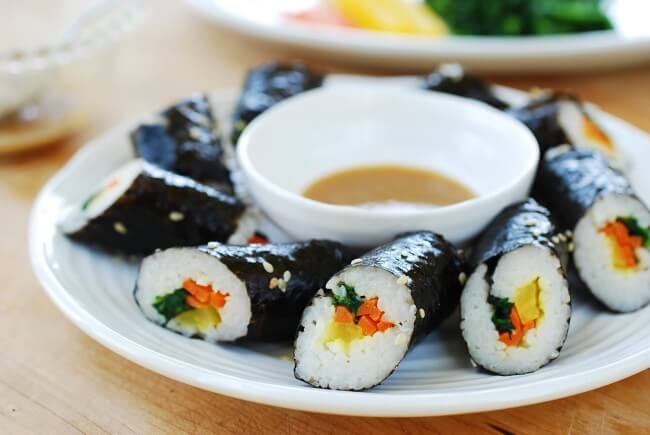 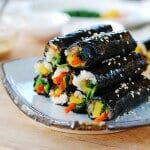