This spinach doenjang guk is a popular soup in Korea. Commonly made in a clam-based broth, the soup is light and refreshing! 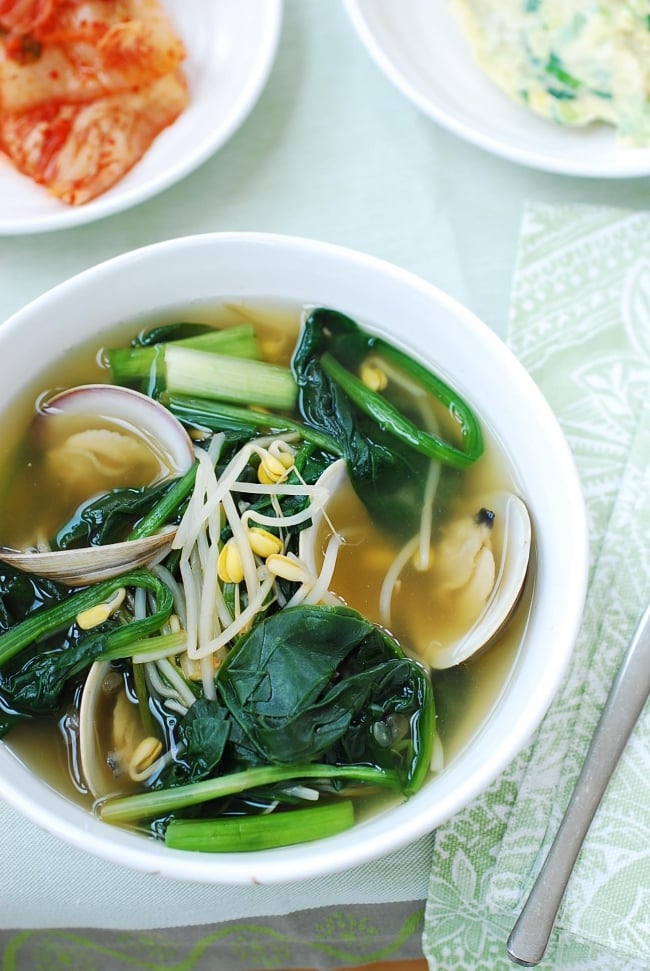 Spinach can be found all year-round, but spring spinach is terrific! This spinach soup made with doenjang (Korean fermented soybean paste) is a popular soup in Korea, especially in spring. Commonly made in a clam-based broth, the soup is light and refreshing!

The important thing to remember is to use a small amount of doenjang not to overpower the sweetness of the spinach and the mild briny flavor of the clams.

I like to add some kongnamul (soybean sprouts), as my mother used to, because it adds a textural contrast and extra flavor to the soup. It can be omitted if desired.

By now, you know to save the water used to rinse the rice if you’re making a soup or stew with doenjang. The starch water works as a binding agent between the soybean paste and the broth. It also enhances the flavor of the soybean paste.

Any type of small clams, such as manilla or little neck clams, are fine for this soup. You can also make it simply with anchovy broth or vegetable broth. 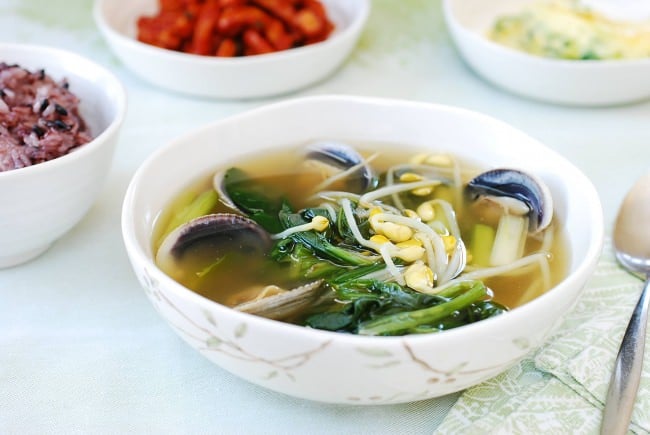 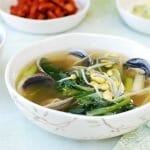