Learn how to make Korean vegetable broth for your Korean soups and stews! It’s super easy to make and requires very few ingredients. 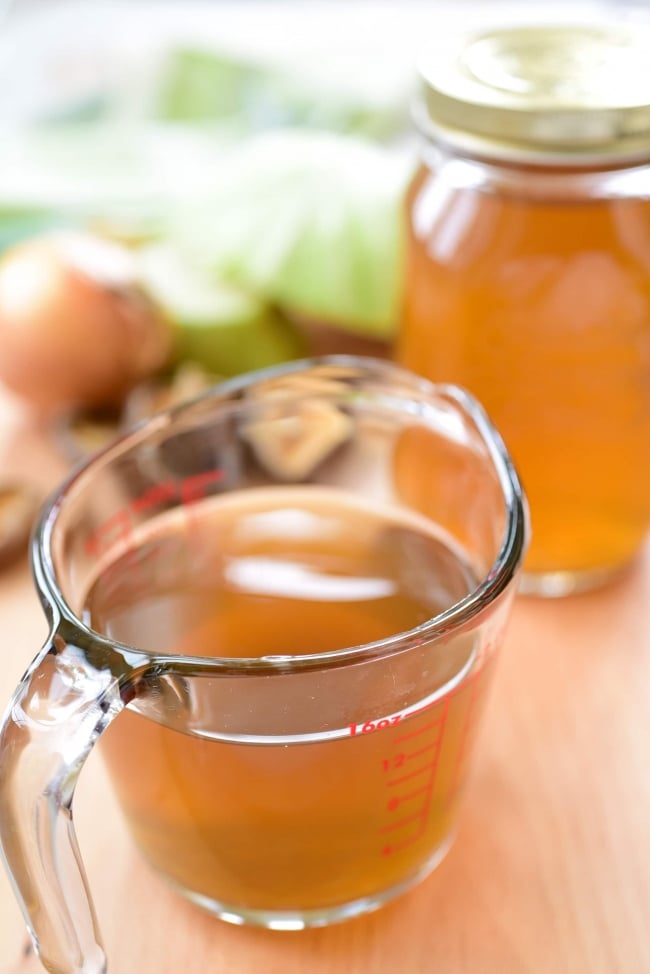 In my previous post, 15 Korean Vegan Recipes, I mentioned that many classic Korean dishes can easily be veganized. You can make the dishes like bibimbap or japchae vegan simply by omitting the meat and the egg. For soups and stews, you will need to substitute the meat or anchovy broth with vegetable broth. Here’s how to make Korean vegetable broth!

Making Korean broth at home is really easy! More so with vegetable broth. It doesn’t take much time and requires very few ingredients.

Called chaesu (채수) in Korean, vegetable broth can be made with a variety of ingredients. However, there are a few vegetables that are typically used to make Korean broth. They are dried dashima (다시마, aka kombu), dried shiitake mushrooms (pyeo-go beoseot, 표고버섯), Korean radish (mu, 무), large scallions (daepa, 대파), and onion.

For rich, flavorful vegetable broth, dried dashima and dried shiitake mushrooms are the two most important ingredients. They are good sources of glutamic acid, an amino acid responsible for savory taste and full of nutrients. If you make Korean food often, dried dashima and shiitake are must-haves in your pantry!

Korean radish lends a refreshing taste to the broth, and scallions and onion add natural sweetness. You can also use vegetable scraps, such as cabbage cores, mushroom stems, onion peels, carrot peels, etc.

In this recipe, I used several of the classic Korean broth ingredients. Sometimes, I only use dashima, and other times I also use shiitake mushrooms and more. It’s that versatile! Also, the amounts of vegetables in this recipe are only guidelines. You can certainly use more or less. 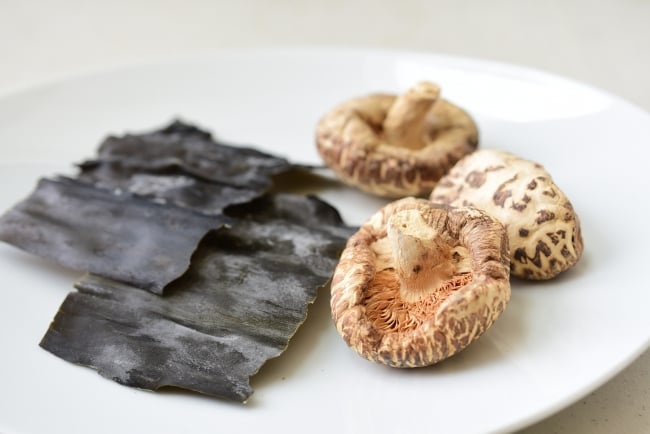 How to make vegetable broth

The simplest vegetable broth in Korean cooking is dashima broth. All it takes is a few minutes of boiling dashima pieces. To maximize the flavor, pre-soak the dashima for 30 minutes or longer before boiling it. The white powder on the surface is the natural flavor enhancer, so don’t wash it off.

Sometimes, I throw in some onion to round up the earthy, savory flavors of the broth with natural sweetness of the onion.

I used this batch to make vegan doenjang jjigae and baechu doenjang guk. They were delicious! This can be a base for many other Korean recipes, in place of the meat or anchovy broth, such as manduguk, tteokguk, kongnamul guk, mu guk, kimchi jjigae, soondubu jjigae, jjambbong, gyeranjjim, and janchi guksu. 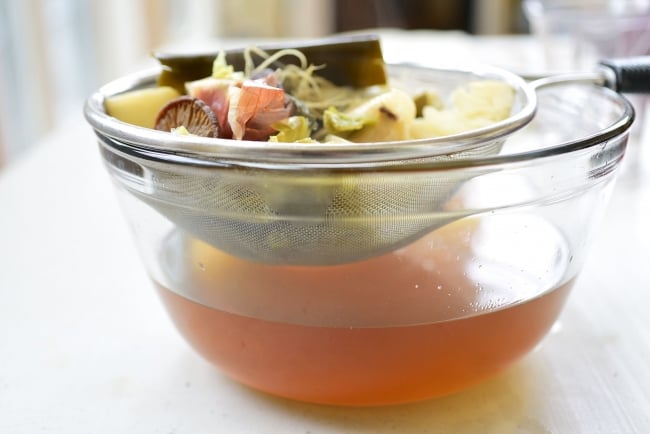 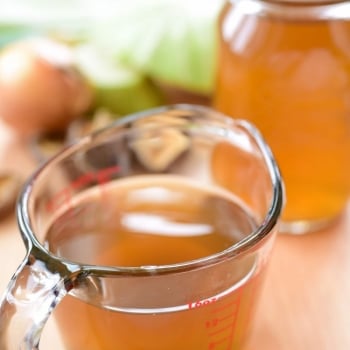