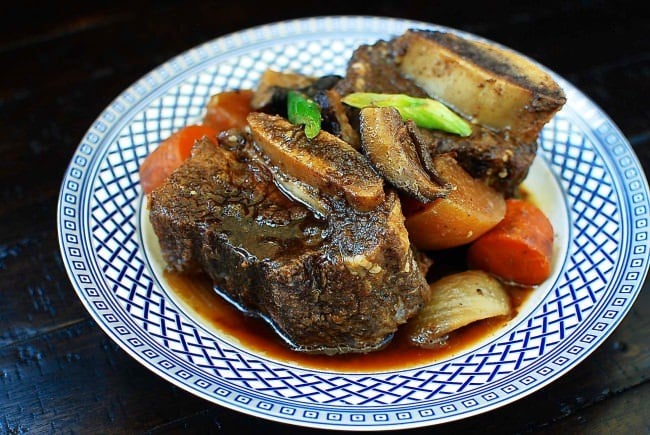 Without a doubt, my slow cooker (aka Crock-pot) has become one of the most used appliances in my kitchen. It’s such a helper when I need to multi-task. I wish I had discovered the magic of a slow cooker back when I was raising my children. Make a note, young busy moms and dads!
I often use it to make traditional Korean dishes for my elderly parents and parents-in-law who are living nearby. On weekends, I just throw a few things in the slow cooker early in the morning, and this frees up time to do other things I need to do, such as testing and photographing recipes for the blog. By the time I’m done with my busy schedule, a succulent, fork-tender meat dish is ready to be delivered. They all love it, especially my mother-in-law who’s never been a meat lover before. She’s been recovering from some major health issues and trying hard to eat well to regain strength. I’m glad to be helpful in a small way. 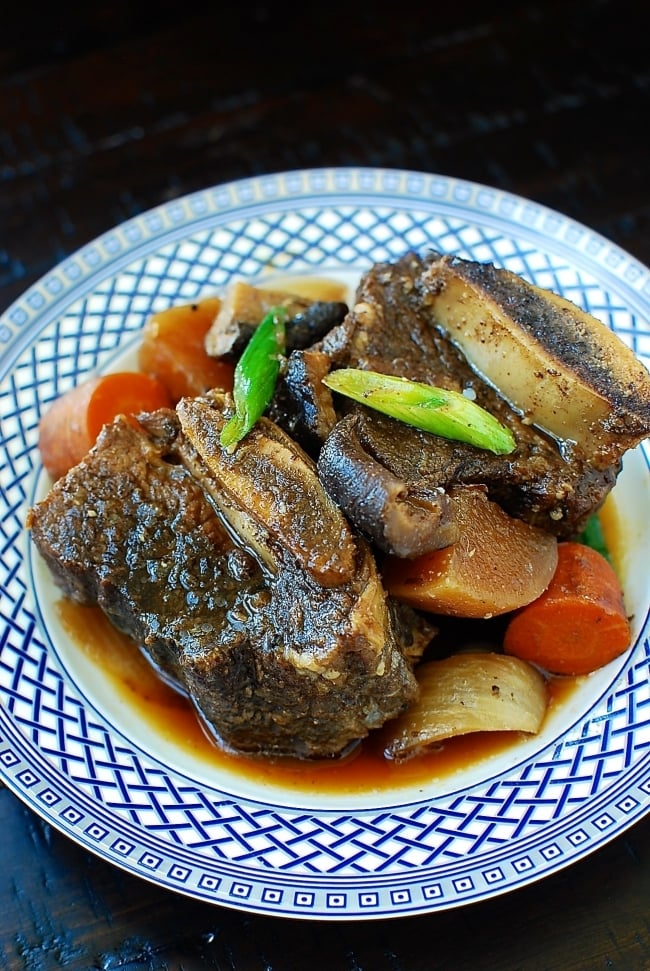 This recipe is the slow-cooker adaptation of my recipe for traditional galbijjim, hence the same great authentic flavor. When I use my slow cooker, I like to minimize the prep work as much as possible. So, there’s no grating, mincing, par-boiling or browning in this recipe. You can do the prep work the night before. Start the slow cooker in the morning before heading out, and come home to a delicious meal waiting for you. 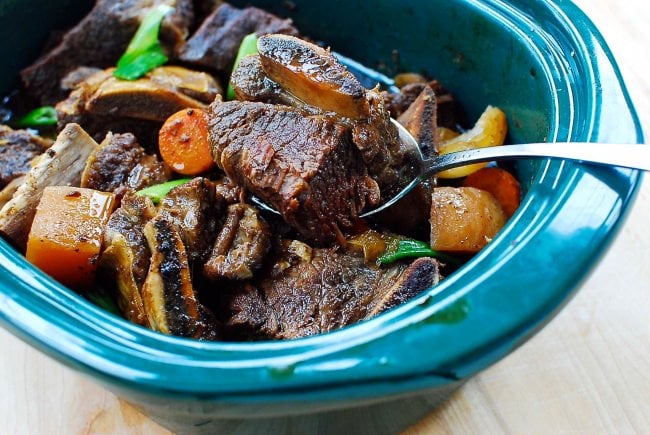 As I mentioned in my previous galbijjim post, traditional galbijjim does not involve initial browning of the ribs. But, it’s totally up to you if you want to take the time to sear the ribs to add that rich browned meat flavor. I’ve tried both ways with the slow cooker, and the results are equally delicious in slightly different ways.
This recipe is also excellent for other cuts of beef (chuck roast, brisket, flank steak, etc.), pork ribs or roast, and chicken. Simply cut the meat into a few large pieces. The ingredients in this recipe generate a lot of liquid, so no additional broth or water is necessary. The result is fall off the bone tender meat in a rich, slightly sweet and savory sauce! 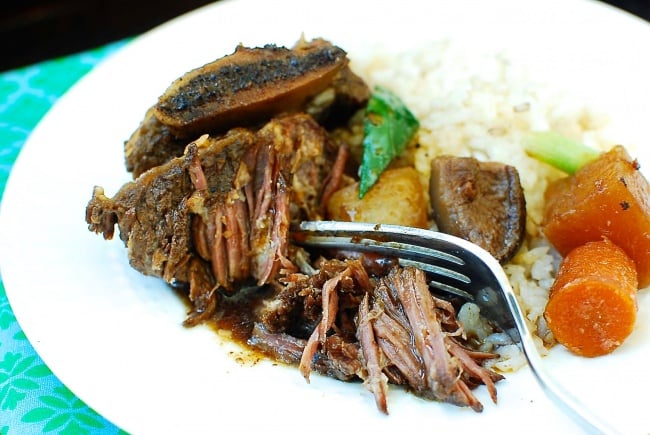 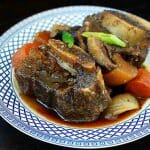