This Instant Pot galbitang recipe will give you the same delicious result with a nice and clean taste as the traditional stove top recipe.

Galbitang (갈비탕), Korean beef short rib soup, is a clear, delicate soup made by boiling beef short ribs with aromatic vegetables. It’s hearty and nourishing! Previously, I showed you how to make galbitang the traditional way over stove top. This time, I’ll show you how I make this soup in my Instant Pot to achieve the same delicious result.

Traditionally, Korean cooks soak the ribs in cold water to draw out blood. Then, blanch them in boiling water to remove any remaining blood and any impurities and rinse everything clean before actually making the soup. All this is done to give the soup the nicely clean taste it’s known for.

Finally, the ribs are boiled along with Korean radish (mu), onion, garlic, and ginger until fork tender.

Galbitang is fairly simple to make. And it’s quicker with a pressure cooker! 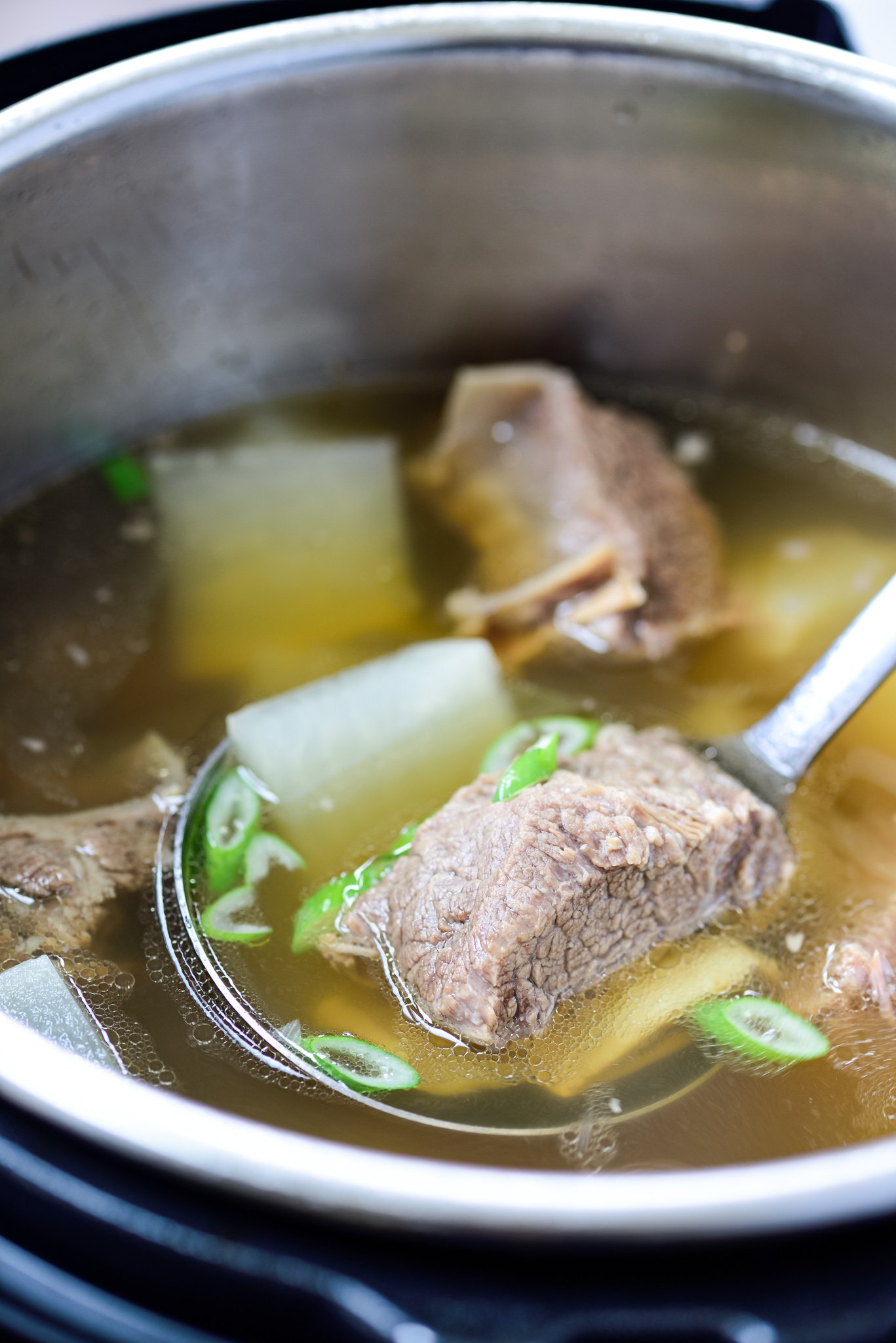 Soaking and parboiling the short ribs

In my Instant Pot adaptation, I skip soaking all together. You can certainly soak them if you want. Instead, I briefly cook the ribs (2 minutes on Manual High Pressure) in water just enough to cover. During the build-up of steam, the short ribs release blood and fat. I then rinse off the brown scums and fat. You can reuse the strained cooking liquid to make the soup if you like your soup to taste more “beefy”.

This method effectively removes excess blood and fat without losing much of the meaty flavor, and it doesn’t involve another pot.

You can skip this step if you want. But, because the Instant Pot is locked during cooking, you can’t skim off the scums floating at the top, which, if not removed, will turn into fine particles, making the soup not as clean and clear.

If you skip this step, you can alternatively strain the broth through a fine sieve or cloth after pressure cooking the short ribs. 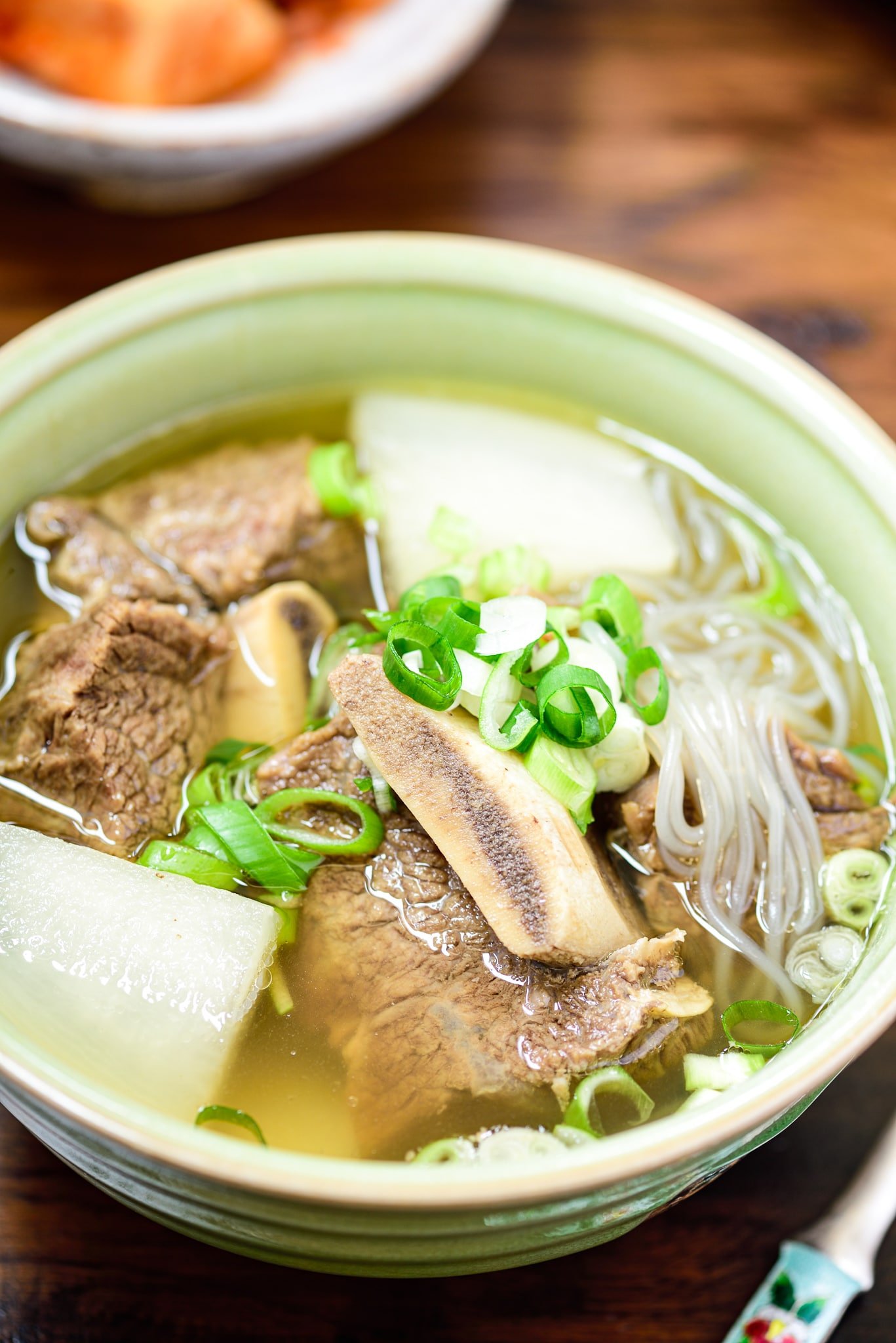 Once you have cleaned the parboiled ribs and the pot, you’re ready to make the soup in your pressure cooker. Place the ribs in the pot, and add the aromatic vegetables and water.

What about mu (무, Korean radish)? Basically, there are two options in terms of the timing of adding the radish. The first option is to cut into 2 large blocks and add to the pot along with the aromatic vegetables. However, no matter how big the radish blocks are, they will get quite mushy after 35 to 40 minutes of pressure cooking. I don’t know about you, but I don’t like mushy radish.

Remove the fat: You can skim off any remaining fat or use a fat separator if you’re serving while still hot. If you have time, you can also let the entire pot sit in the refrigerator for the fat to solidify so it can be removed effortlessly. 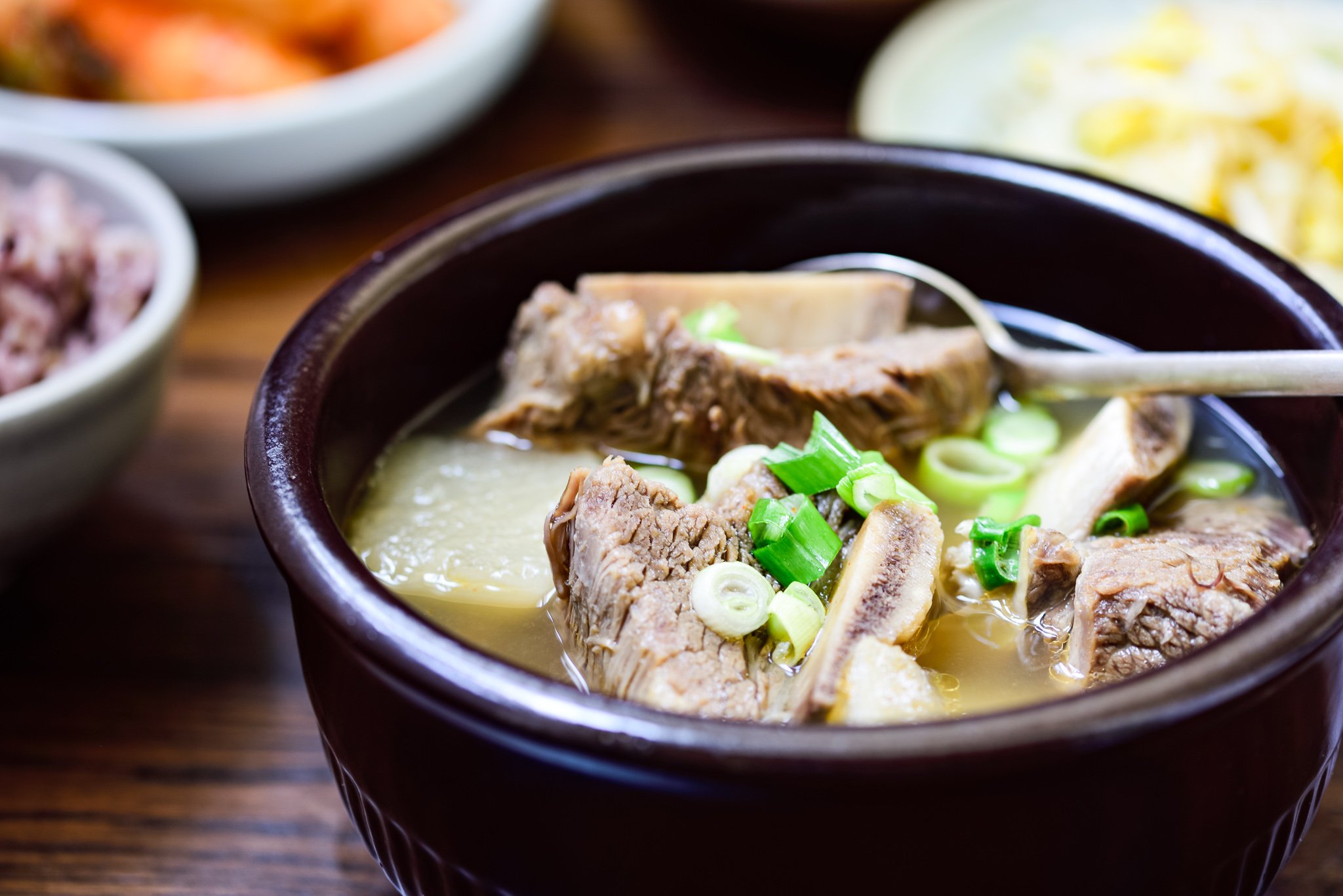 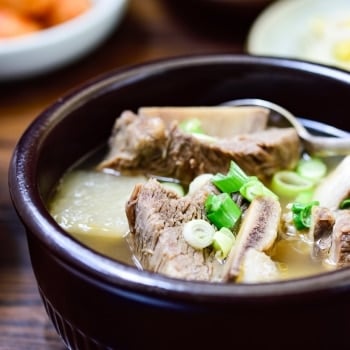