This hearty Korean potato soup is made with beef, tofu and starch noodles! 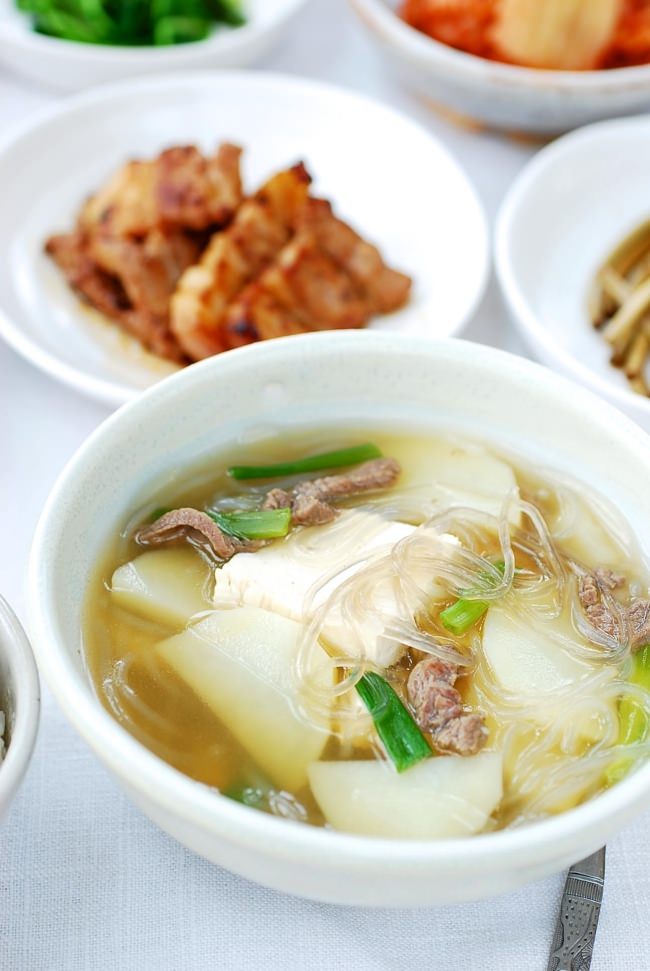 This simple potato soup is one of my childhood favorite soups! Unlike Western style potato soups, which tend to be rich and creamy, Korean potato soup (gamjaguk, 감자국) is made in clear broth with bite sized potato pieces. Gamja (감자) means potato, and guk (국) is soup. There are many different ways to make gamjaguk, but this recipe is how my mother used to make it when we were growing up.

Made similar to muguk (무국), this soup uses a simple beef soup base. The thinly sliced beef is seasoned with soup soy sauce and sautéed before being boiled in water. The combination of the beef and Korean soup soy sauce creates a simple broth that works deliciously with the soft potato chunks. You can use a different broth such as anchovy broth if preferred.

My mother always added tofu and potato starch noodles (dangmyeon, 당면) to our potato soup, making the soup more filling and nutritionally balanced. You can, of course, skip either one or both.

You can also add other vegetables such as onion and mushrooms, drizzle lightly beaten eggs over the soup at the end while boiling, or use some gochugaru (Korean red chili pepper flakes) if you want to make it spicy. 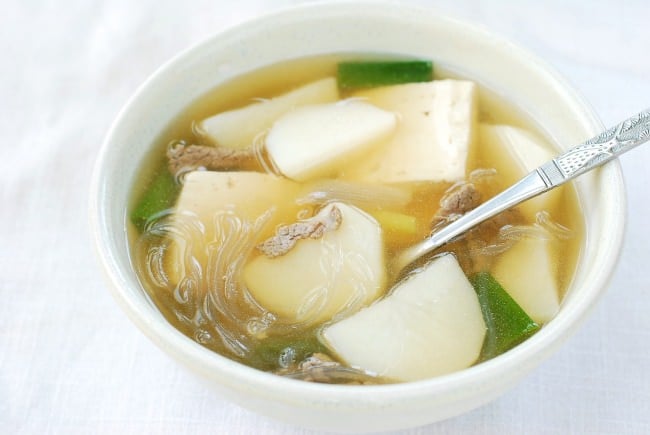 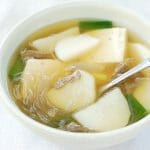