Korean temple cooking is primarily based on seasonal plant-based ingredients. As such, temple dishes are vegan. These simple zucchini dumplings are a summer favorite at temples in Korea. 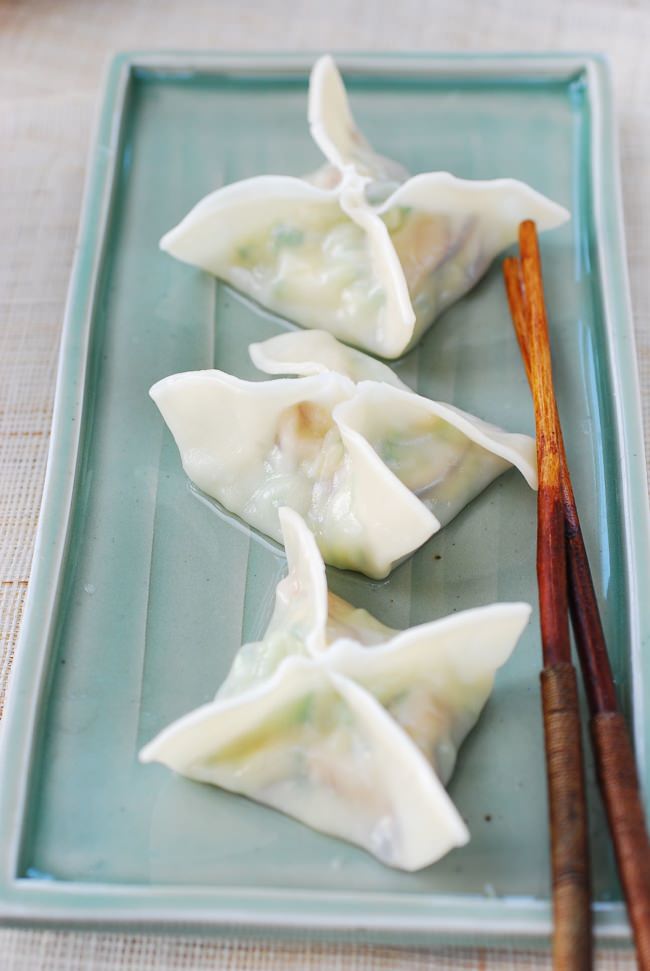 I recently had the opportunity to interview with a Korean TV network, BTN – Buddhist Television Network. BTN sent a team of four people to travel and film a documentary about Korean temple cuisine in different parts of America. They asked me if I could make some temple dishes and share my thoughts on the food and cooking style. I had a great time cooking and filming a small part of the program while sharing the dishes with the friendly crew. 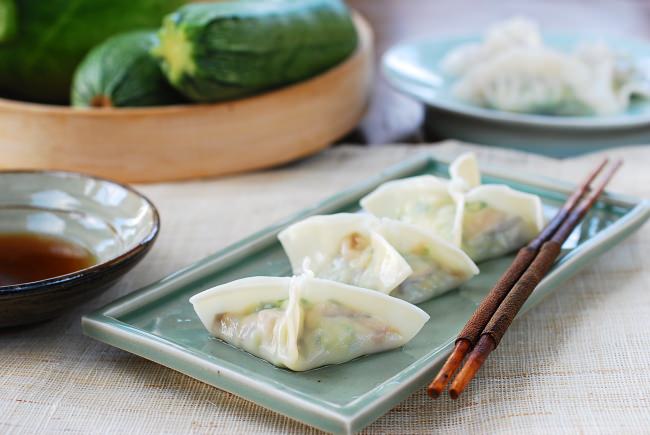 Temple food has been increasingly popular in and outside Korea by health conscious people, as well-being, healing food regardless of religious backgrounds. I was very glad to have this opportunity to learn more about it.

While there is so much to talk about the 1700-year-old Korean temple food (사찰음식), here are five basic things you should know: 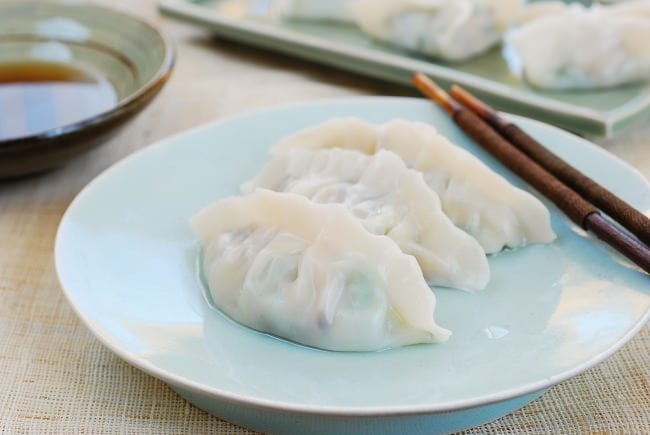 This dumpling recipe made with summer zucchini was recently featured on BTN as a favorite summer dish at Bongnyeongsa, the oldest temple in Suwon, Gyeonggi-do. I was totally intrigued by the simplicity of this recipe, which was made with only 2 filling ingredients, one of which is actually optional. Bongnyeongsa boils these dumplings, cools in cold water, and serves cold.

Let me tell you — what a refreshing change this was from my usual mandu recipes which involve several filling ingredients and lots of chopping and squeezing! It is so easy to make, guys! The best part of it is the nice and clean taste which allows you to simply savor the natural flavor of the sweet summer zucchini.

The mushroom complements the zucchini with a bit of earthy flavor and meaty texture. 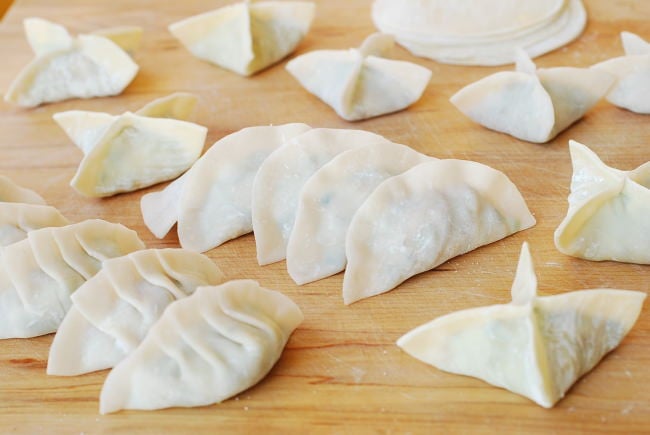 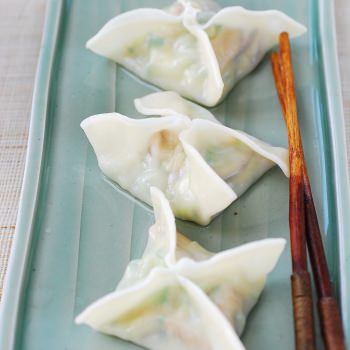 To make the square dumpling shape, wet the edges, bring up the opposite sides of the wrapper to the middle and pinch them together in the middle. Do the same with the other sides, creating 4 seams. Pinch the seams to close tightly all the way to the middle.
Regardless of the shape, make sure to seal tightly as the dumplings will be boiled. Adapted from Bongnyeongsa Temple Recipe
Tried this recipe?Mention @koreanbapsang or tag #koreanbapsang!