These Korean dumplings filled with a kimchi mixture are highly popular in Korea. If you like kimchi, you’ll love this dumpling recipe. Kimchi adds tons of spicy and savory flavors! 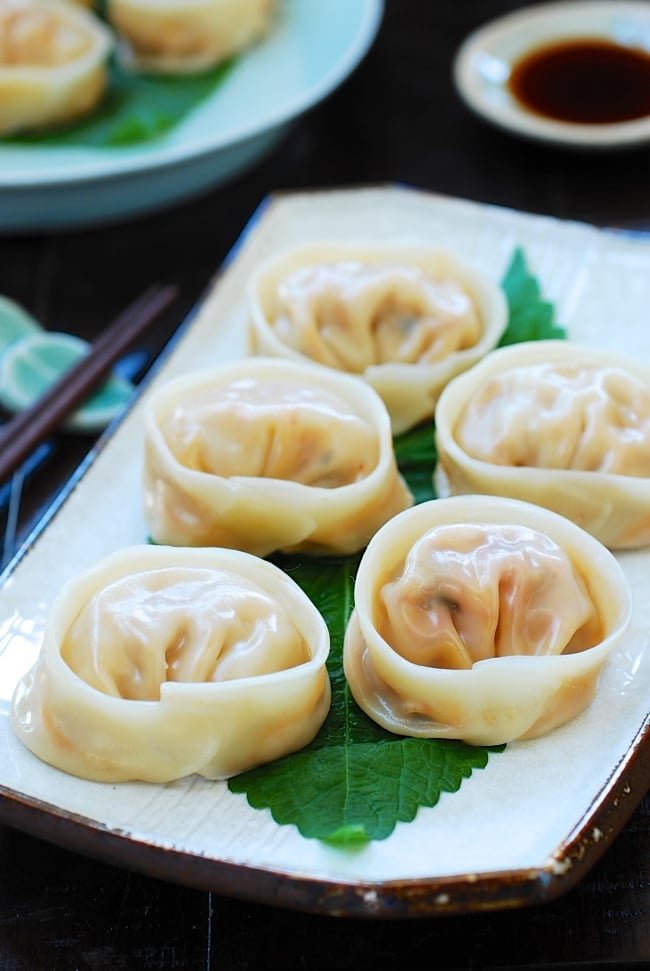 What’s your favorite dumpling variation? Filled with a kimchi mixture, these Korean dumplings, known as kimchi mandu (김치 만두), are highly popular in Korea. Needless to say, kimchi adds tons of spicy and savory flavors to the dumplings.

Kimchi mandu is great for making soup, such as manduguk (dumpling soup) or tteok-manduguk (tteokguk with dumplings), which is a must-eat New Year’s dish. As such, it’s a popular dumpling variation for the New Year’s feast. Kimchi mandu gives nice flavor and textural contrasts to the mildly-flavored broth and soft rice cake slices.

In Korea, steamed kimchi mandu is also popular as a street food and at restaurants. 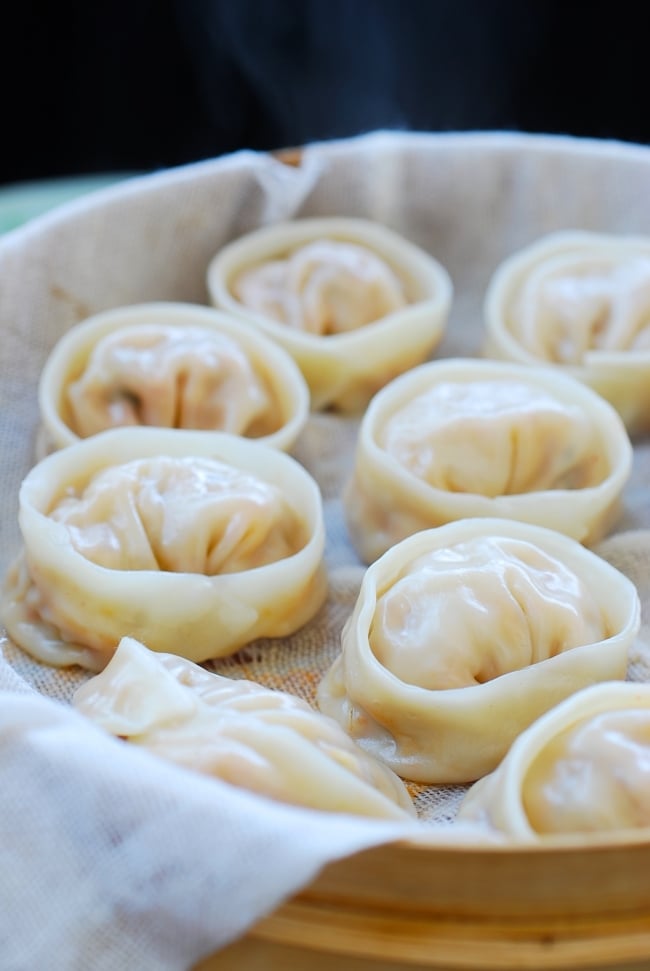 Typically, kimchi dumplings are filled with a mixture of kimchi, pork, tofu, bean sprouts, onions, and scallions. In this recipe, I also used dangmyeon (당면), sweet potato starch noodles, which is also common in mandu fillings.

The key to making good kimchi mandu is to use fully fermented kimchi. I usually add some gochugaru (Korean red chili pepper flakes) for extra spicy dumplings, but you can skip it or use less (or more) to your taste.

By now, you should probably know that kimchi and pork are a classic match in Korean cooking, but feel free to use beef or other protein if preferred. You can also replace the meat with mushrooms. Or, simply omit the meat, and increase the other ingredients such as kimchi, tofu, etc. If you start with vegan or vegetarian kimchi, you can even make the dumplings vegan.

If you have perilla seed oil, try using it instead of sesame oil. It lends a distinct nutty flavor to the kimchi filling. It’s even better if you add ground perilla seeds if available! Mix in a generous amount and enjoy the complexity of the flavors that perilla seeds add to the dumplings. 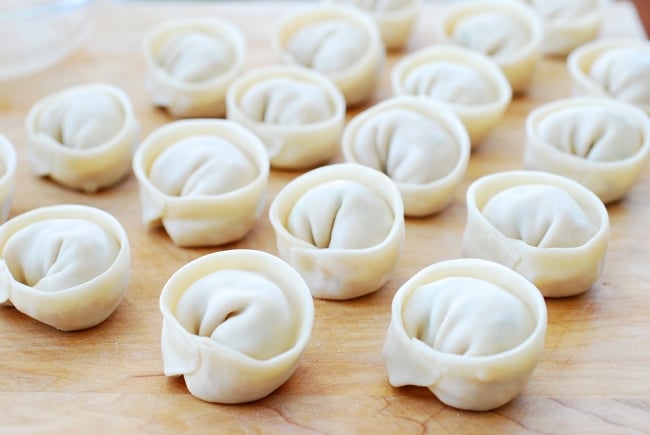 In this recipe, I used store-bought dumpling wrappers for convenience. They come in refrigerated or frozen, and are available at Korean/Asian markets or even at your local grocery stores. If you want to try making wrappers at home, see how to make it here.

How to fold dumplings

As I said in my other mandu recipe, a dumpling can be fold in many different ways. The easiest is a half-moon shape, which you can do by simply folding the dumpling wrap in half and sealing it by tightly pinching the edges together. Typically, dumplings made for soups are shaped to a round by glueing the ends of the half-moon shape together. Wet the edges of store-bought dumpling wrappers so they can be glued together. Be light on the filling for easier folding and crimping. 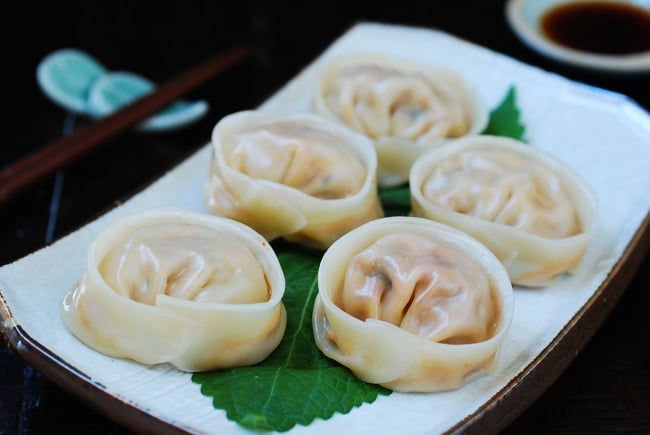 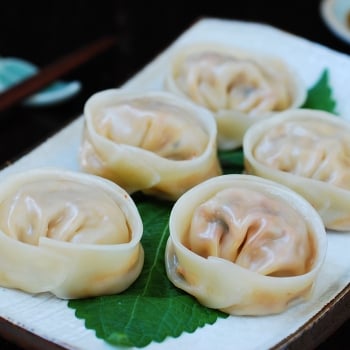 Kimchi mandu is well seasoned, but you can serve them with a dipping sauce if preferred.  Tips for freezing: Freeze the dumplings on a tray with the pieces not touching for about an hour, and then store them in a freezer bag. Otherwise, the skins will get soggy from the moisture in the filling and stick together in the freezing process.
Tried this recipe?Mention @koreanbapsang or tag #koreanbapsang!