This recipe is a seafood variation of Korean seaweed soup. It’s made with mussels, but you can substitute them with other seafood such as clams or shrimp.

What is miyeok guk?

Miyeok guk (미역국), or miyeokguk, is a soup made with miyeok (also known as wakame) which is a variety of sea vegetable or seaweed. It is a mild and tasty soup typically made with beef or seafood. Here’s Korean seaweed soup with mussels! Mussels are called honghap (홍합), so miyeokguk with mussels is honghap miyeokguk.

This sea vegetable is high in fiber and a great source for omega-3 fatty acid, vitamins, calcium, iron and other minerals.

It is the first meal my mother ate when I was born, and it was the first one I ate upon giving birth to my two children. Due to its symbolic association with birth, miyeok guk is the soup most Koreans eat on their birthdays, hence known as birthday soup.

Over ten years ago in April 2010, I posted this seaweed soup with mussels recipe when I made it for my mother on her birthday because it was her favorite. She liked her soup mixed in with rice. I have updated it here with new photos, more information and minor changes to the recipe. 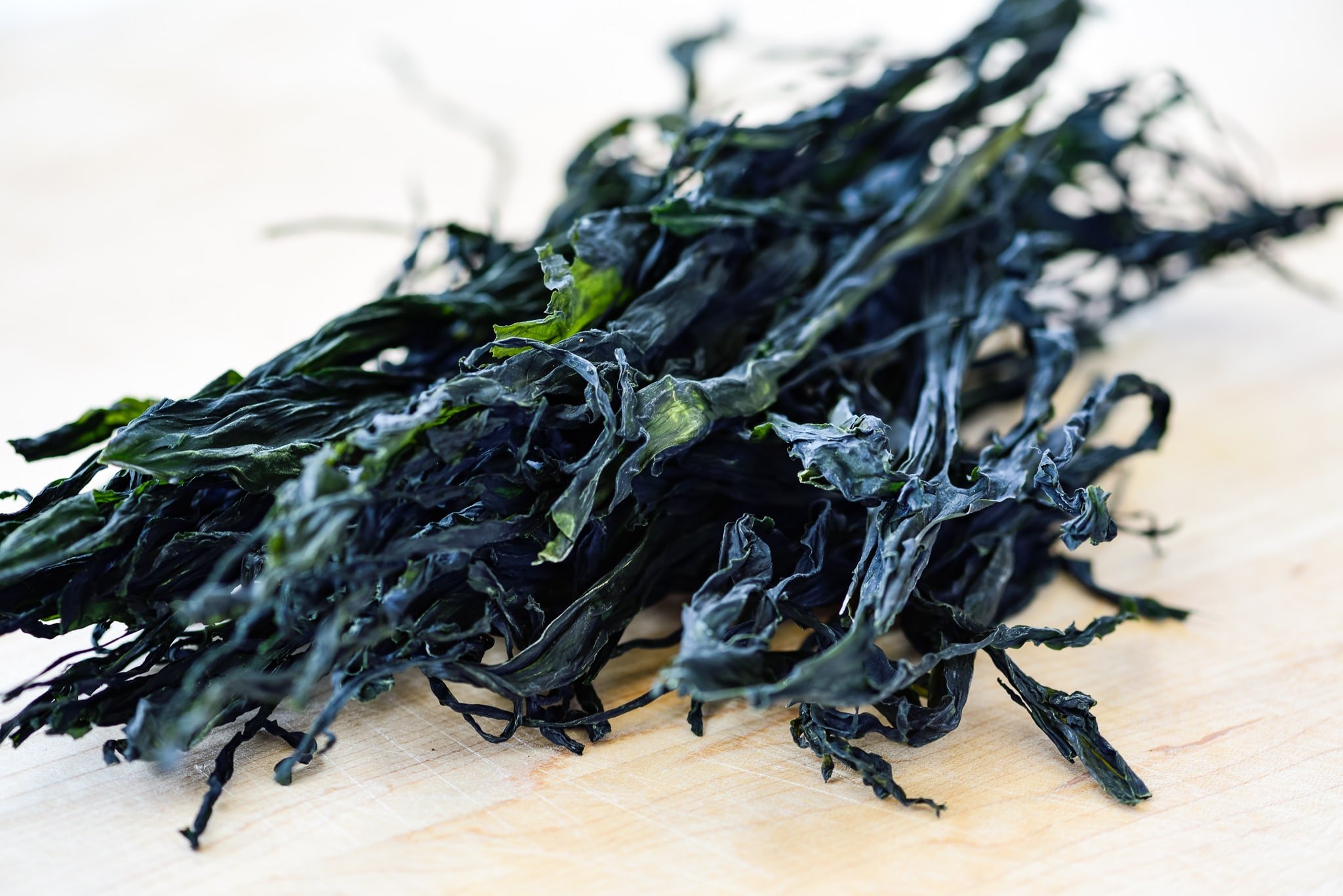 While miyeok guk made with beef is most common, seafood such as mussels and clams are also very popular. In Jeju Island, my parents’ hometown, miyeok guk made with galchi (belt fish) is a regional specialty. We used to have it with fresh caught galchi when we visited our relatives in the island.

I sometimes make it with firm, white fish such as monk fish (agu, 아구), flat fish (gajami, 가자미), and tilapia. Some of you might think it would taste fishy, but it really does not, if you use fresh fish.

If you want to try other seafood with this recipe, simply add the seafood in the step where the mussels are added.

For vegan miyeok guk, use vegetable broth and some sliced mushrooms for a meaty texture. 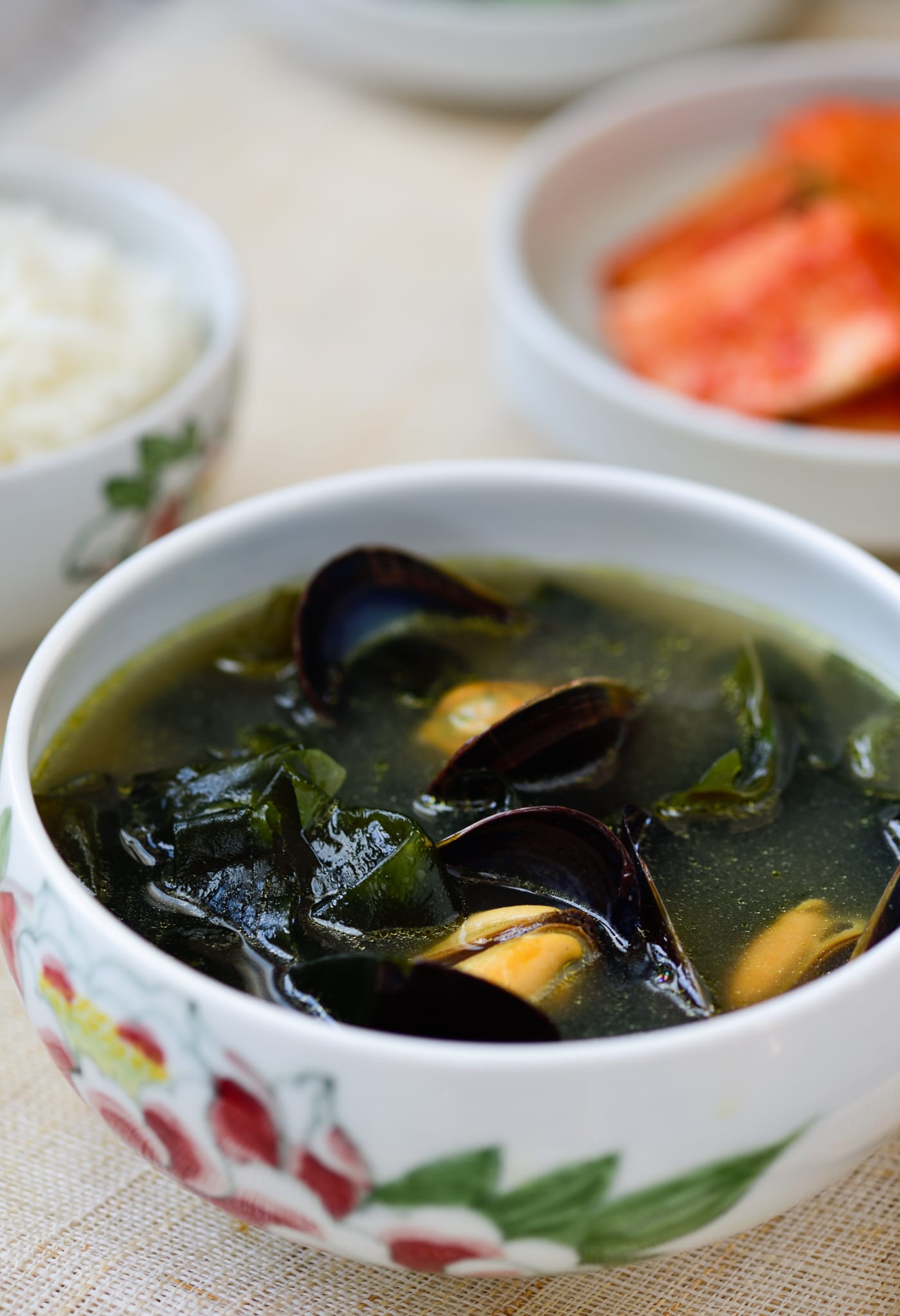 If you tried this miyeokguk recipe, please rate the recipe and let me know how it turned out for you in the comment section below. Stay in touch by following me onYouTube,Pinterest,Twitter,Facebook, andInstagram. 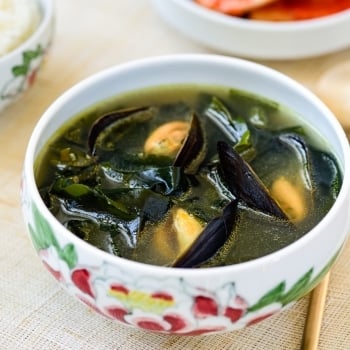