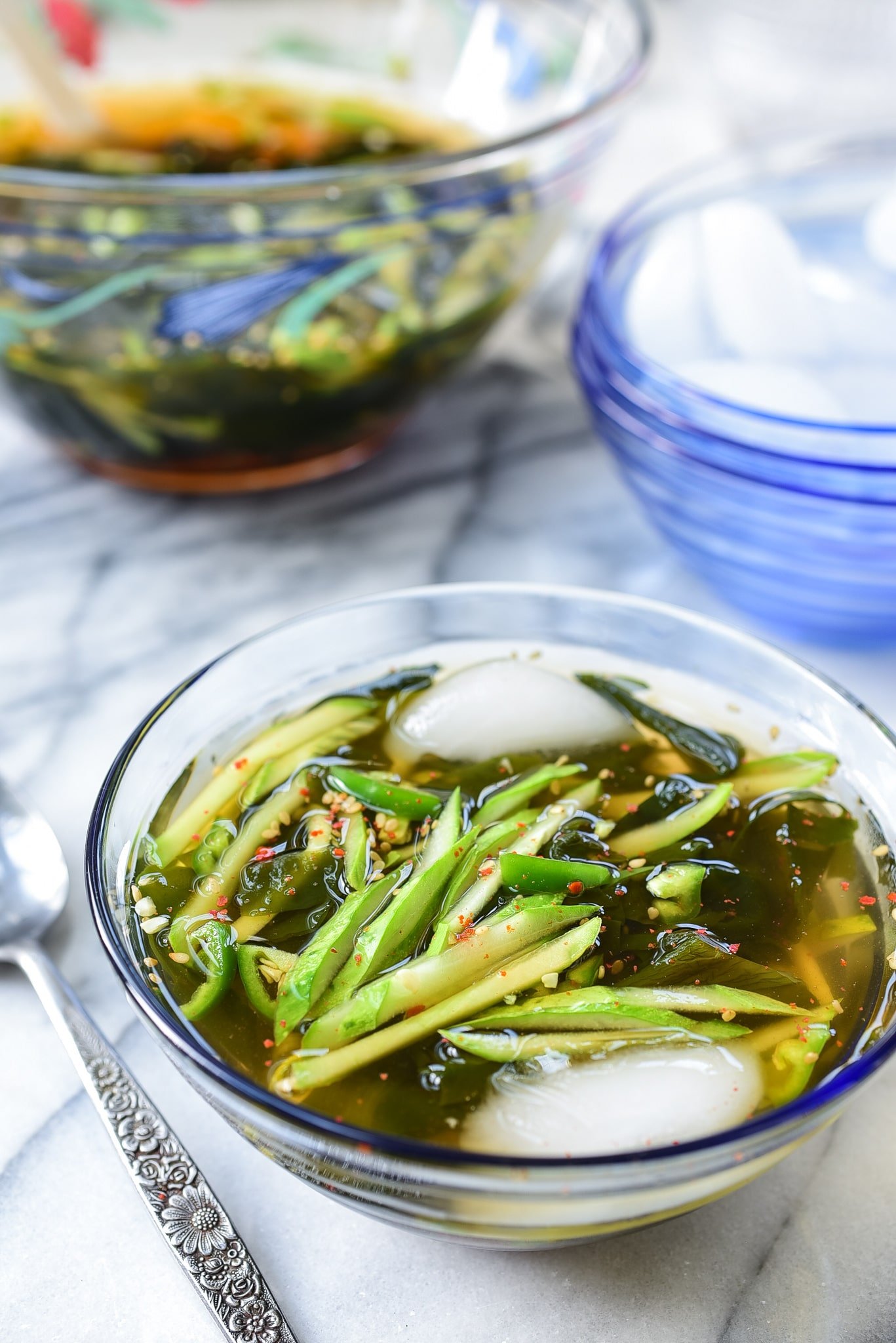 Oi naengguk (오이냉국) is a classic Korean chilled soup. Oi means cucumber, and naengguk means chilled soup. It’s one of those dishes that remind me of my childhood summertime meals! My mother made this chilled cucumber soup quite often for us. It’s a refreshingly tangy soup that’s perfect on a hot summer day!

I use Korean cucumbers which I can easily find around here in summer. You can also use any crunchy cucumbers, such as Kirby, English, Persian, and Japanese varieties.

Growing up, my mother would always add miyeok to this soup, which is a sea vegetable (edible seaweed). Dried miyeok is a pantry staple for making soups and side dishes. Once soaked, miyeok turns green, plump, and ready to be eaten. However, blanching it briefly in boiling hot water softens the texture and brightens the green color.

The crunchy cucumber together with slightly chewy and slippery seaweed creates interesting textural contrasts and a flavor combination, making the dish far more interesting than the cucumber alone! 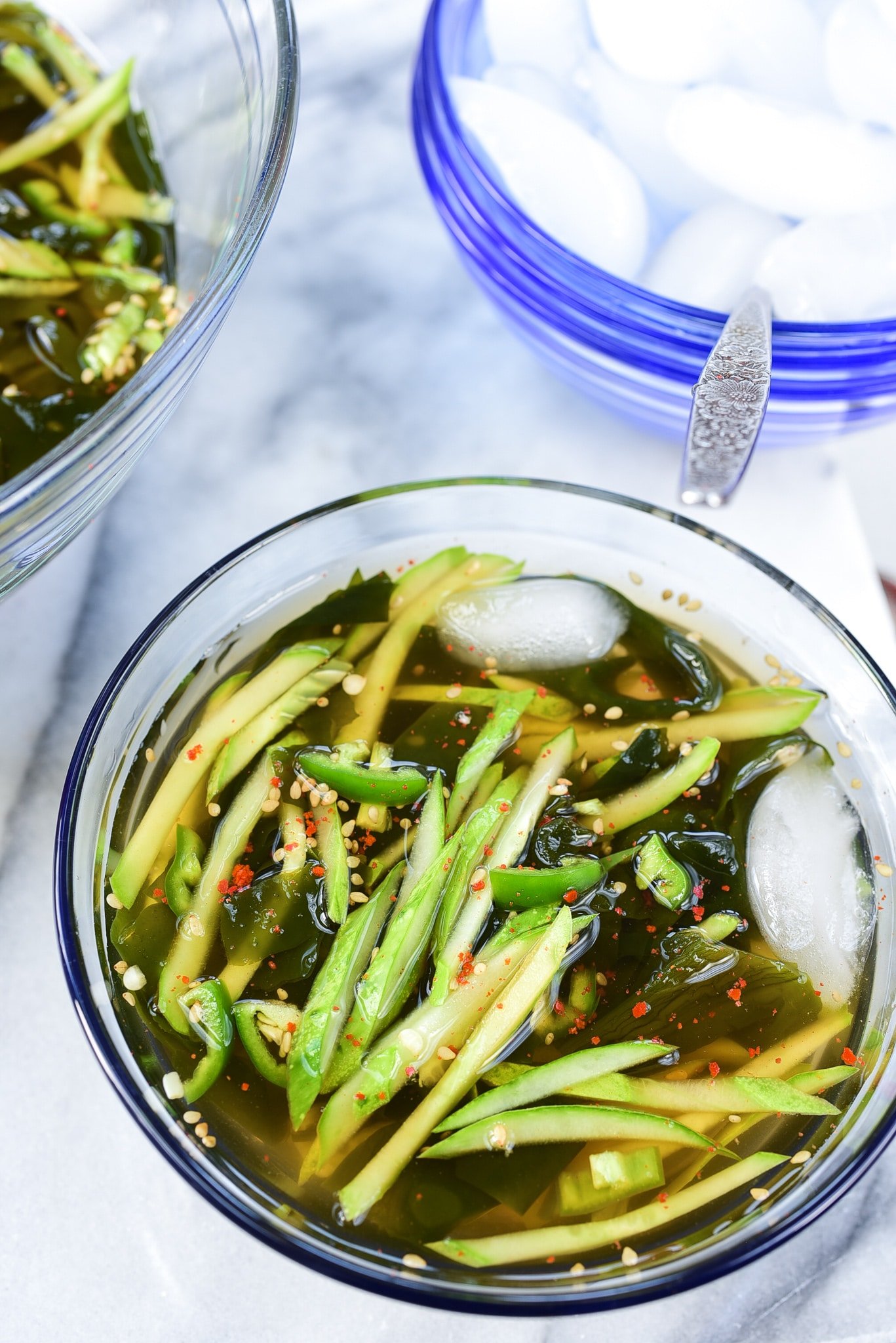 Simply use more cucumber if you are not adding miyeok.

To make the soup, I season the cucumber and seaweed first with the seasoning ingredients. The soup soy sauce (guk ganjang) and vinegar are important for flavoring this soup. You can make ahead up to this point, and then add cold water and season with salt when ready to use. Don’t forget to drop a couple of ice cubes in right before serving. 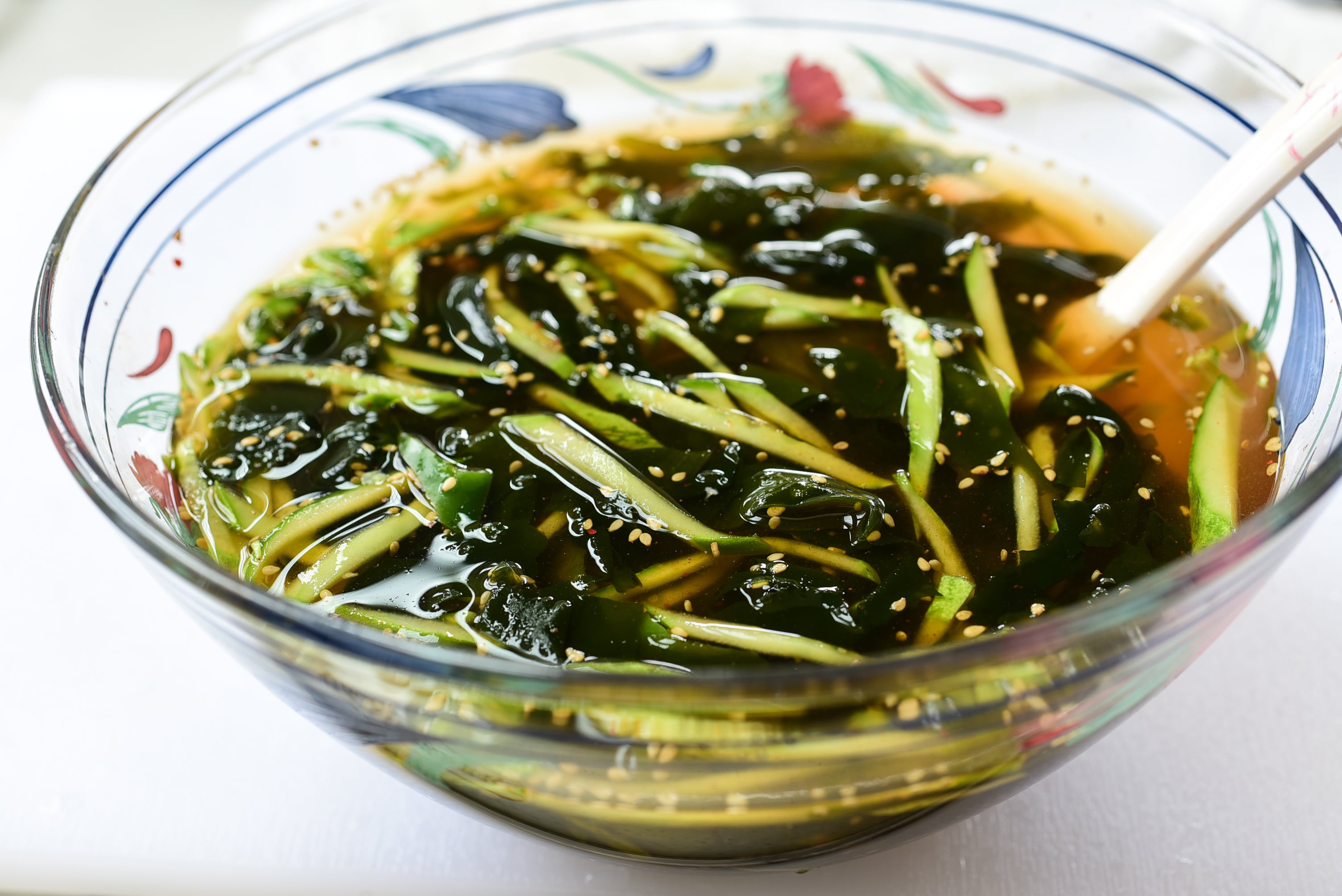 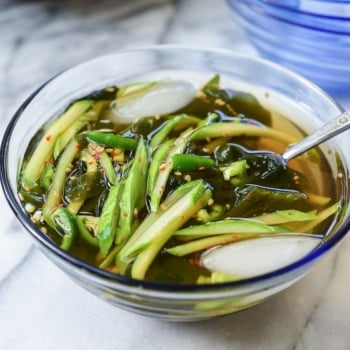 This oi naengguk recipe was originally posted in July 2011. I’ve updated it here with new photos and an improved recipe.