These Korean cucumber pickles are fermented simply in salt water. It is an age-old technique to preserve cucumbers beyond their growing season. No canning and no acidic liquid is used! 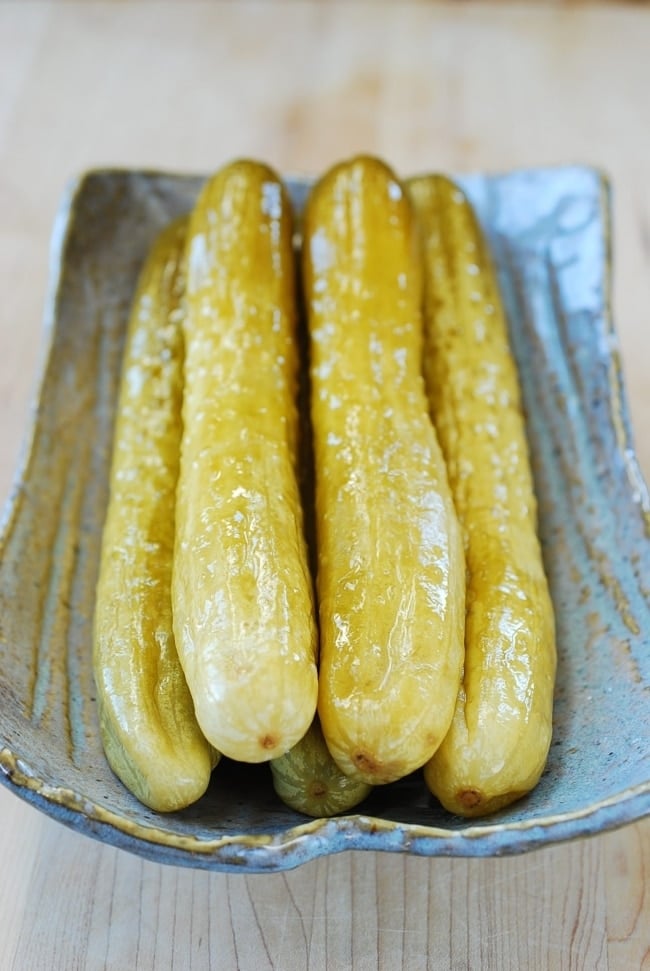 This is not your ordinary cucumber pickles! Oiji (오이지), Korean cucumber pickles, is fermented simply in salt water. It is an age-old technique to preserve cucumbers beyond their growing season. No canning and no acidic liquid is used! During fermentation, a deep tangy flavor develops, the color turns golden yellow, and the texture becomes crunchy and slightly chewy.

My mother’s generation used to pickle a large earthenware (hangahri, 항아리) full of cucumbers (100 or more) in early summer to consume throughout the summer and until the next growing season. Many households still do. Oiji is a humble but essential food item in Korea.

These days, commercially prepared oiji is also available in the deli section of Korean markets. That’s an option if you don’t get to make your own.

Korean cucumbers are light in color, slender, and bumpy with thin skin. They are available in Korean markets around here in summertime. Use Kirby pickling cucumbers if you can’t find Korean cucumbers. Look for the freshest ones that are thin and small. 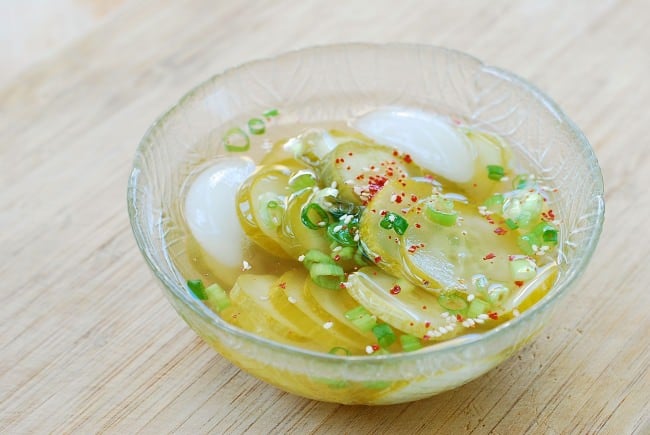 The process is quite simple, but the ratio of water to salt is the key. I use the ratio of 10 to 1, using Korean coarse sea salt. The salt water is boiled first and then poured, while still boiling hot, directly over the cucumbers. No, this will not cook the cucumbers. It’s a technique Korean homes traditionally use to keep the cucumbers crisp and crunchy during fermentation.

Make sure the cucumbers are entirely submerged in the salt brine at all times, or the exposed part will turn soft. I use a heavy plate or two to weigh them down.

In 2 to 3 days, the cucumbers will have released a lot of water, diluting the salt brine. Pour the brine out into a pot, and boil for a few minutes. Cool it this time, and pour back over the cucumbers.

You may see a white film develop on the surface of the water. That’s called golmaji (골마지), which is not harmful. Just remove it with a strainer. 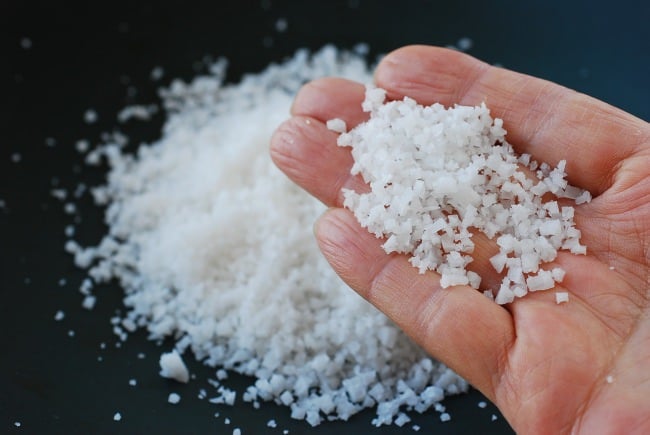 These Korean fermented pickles are not meant to be eaten right out of the jar because they are quite salty. They are soaked in fresh water for the purpose of reducing the salt content before being used.

Sometimes, they are served in the water used to soak the pickles to be eaten like water kimchi (e.g., dongchimi). Oiji muchim (오이지 무침) is another common way to serve these cucumbers. After being soaked, thinly sliced cucumber slices are squeezed tightly to remove the water content, and seasoned with gochugaru and other seasonings. Both are summer staple banchan! 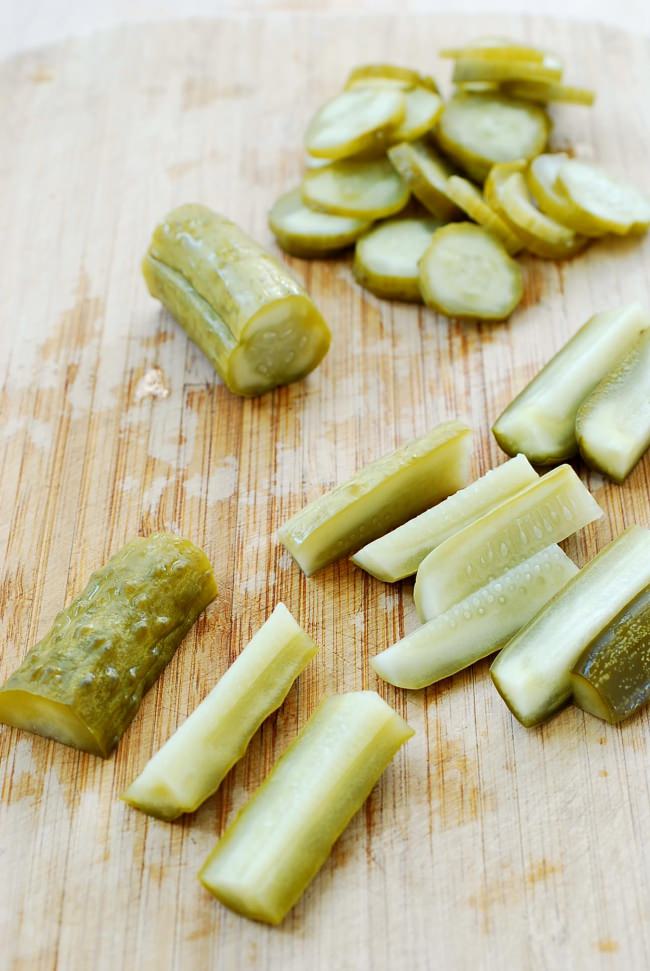 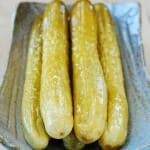