Oiji muchim is a simple side dish made with Korean pickled cucumbers, oiji! It’s crunchy, chewy, spicy and deliciously salty. 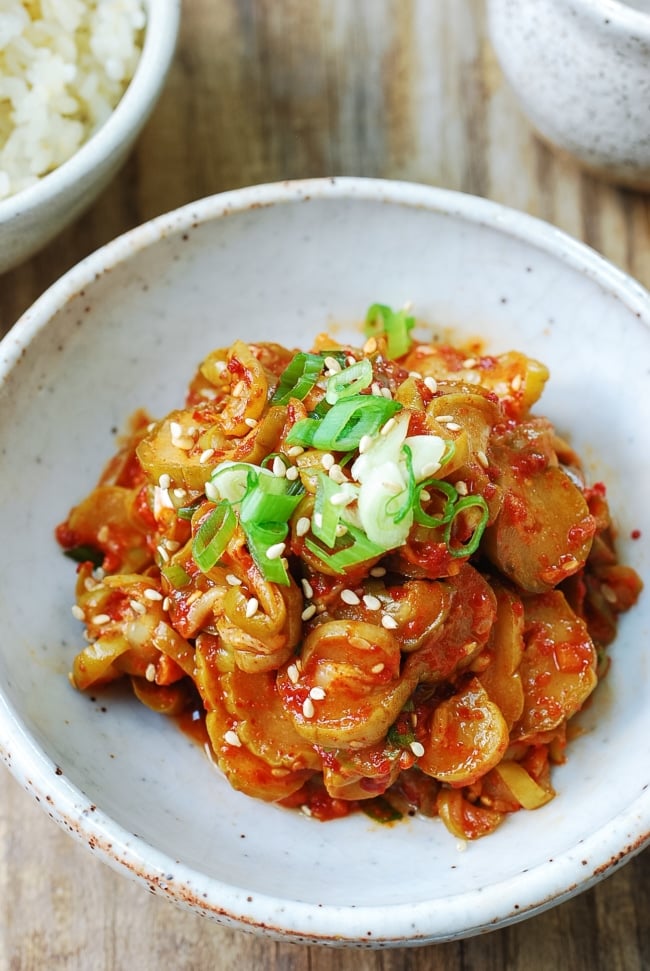 Oiji muchim (오이지 무침) is a simple side dish made with oiji, Korean cucumber pickles! Fermented simply in salt water, oiji is a traditional way to preserve cucumbers beyond their growing season. During fermentation, a deep tangy flavor develops, the color turns golden yellow, and the texture becomes crunchy and slightly chewy. Oiji is a staple in Korean cuisine.

As I mentioned in my oiji post, these Korean pickles are not meant to be eaten right out of the jar because they are quite salty. The pickles are soaked in fresh water to reduce the salt content before being served. Often, oiji is simply served in the water used to soak the pickles to be eaten like cold soup. Oiji muchim is another common way to serve the cucumber pickles. 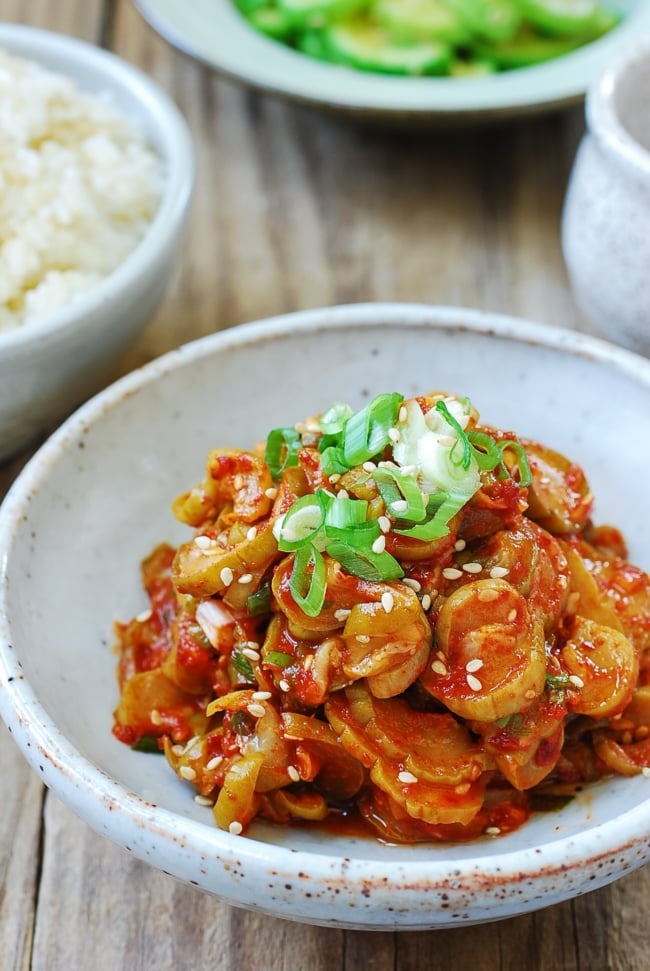 For this recipe, you can use commercially prepared oiji sold in the deli section of Korean markets.

To make this oiji muchim, you’ll need to thinly slice the pickles, and then soak them in water until the desired salt level is achieved, about 10 minutes depending on your pickles. The best way to know when it’s soaked enough is to try a piece and see if it’s not too salty to eat as is. Once you’ve achieved the desired level of saltiness, squeeze the pickle slices as tightly as you can to remove the water content. The rest is easy! Season with some gochugaru and other basic ingredients.

I find 1/2 tablespoon of gochugaru to be a good amount for 1 pickle that’s made with a long Korean cucumber (2 pickles if they are Kirby cucumbers). You can, of course, use more or less gochugaru to adjust the heat level to your taste.

The key to good oiji muchim is to squeeze out the water content as much as possible for a crunchy and chewy texture Koreans describe as odeul odeul (오들오들). 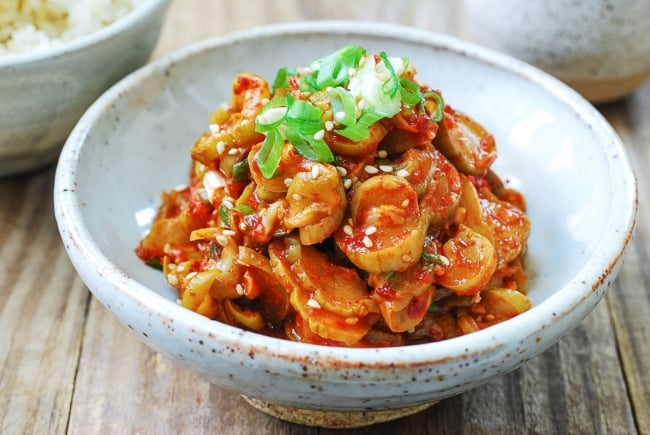 Have you tried this oiji muchim recipe? Please rate the recipe below by either clicking the stars or leaving a comment! And make sure to share your creations bytagging me on Instagram! Stay in touch by following me onPinterest,Twitter,Facebook, andInstagram. 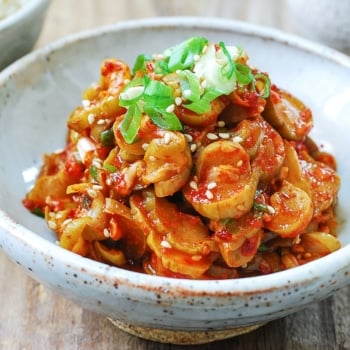 Oiji muchim can be kept well in the fridge for 4 to 5 days. If you want to keep it longer, don't add sesame oil until serving.
Tried this recipe?Mention @koreanbapsang or tag #koreanbapsang!