This stuffed cucumber kimchi, called oi sobagi, is an easy kimchi to make! Being a summer favorite in Korea. It’s crisp, crunchy and deliciously refreshing! 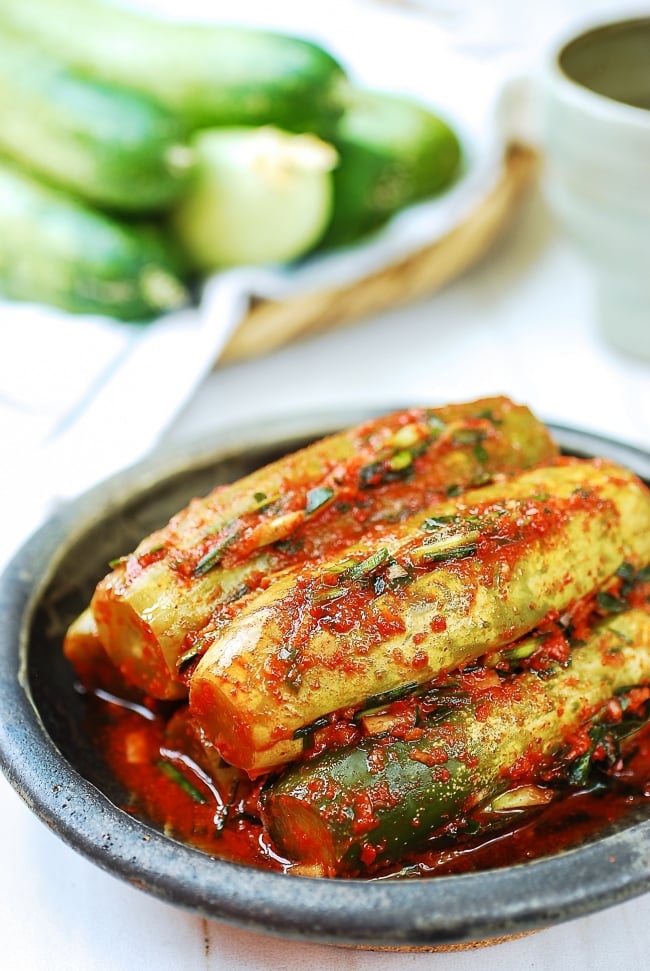 What type of cucumbers to use

Needless to say, oi sobagi is best made in the summer when cucumbers are in their peak season. I usually make it with Korean cucumbers I grow in my backyard. When they are in season, you may be able to find them in Korean markets. They are long and slender with thin whitish/pale green skin. The flesh is thick, but less seedy than other cucumbers. I love how crisp, juicy, and sweet they are!

When Korean cucumbers are not available, Kirby (aka pickling) cucumbers are the next best thing to use. Always look for cucumbers that are firm and slender. 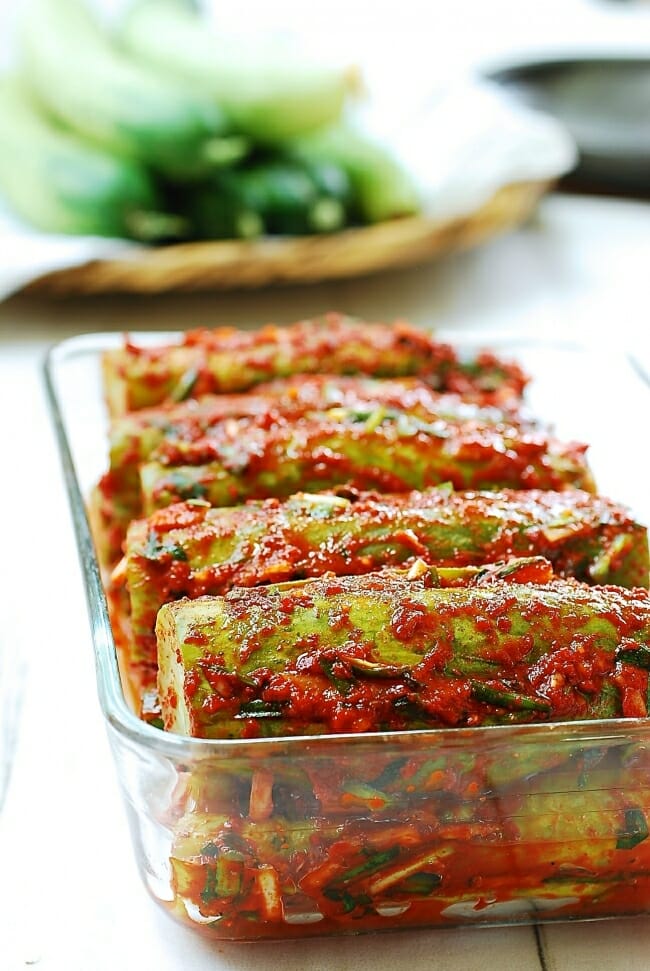 How to make oi sobagi

As is the case with most kimchi varieties, you’ll need to salt the cucumbers first. I use boiling hot salted water. Don’t worry, the hot water won’t cook the cucumbers. This is the method traditionally used for Korean pickled cucumbers, called oiji, to keep the cucumbers crisp and crunchy for a long time.

Then, make a pocket in the middle by making slits to create 4 cucumber spears that are held together at the end. Traditionally, both ends are left intact, which I prefer. Some people cut straight through one end, only keeping the other end intact. The latter will be easier, if that’s what you want. 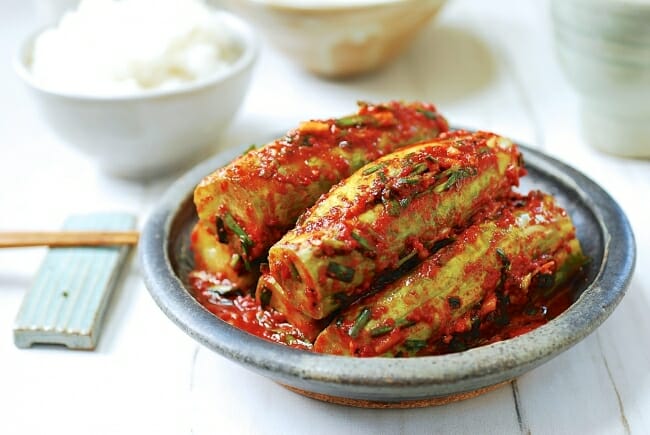 For the stuffing, buchu (garlic chives) is classic. I also added some Korean radish in this recipe, but you can substitute with onions or simply use more garlic chives. If you can’t find garlic chives, you can use scallions instead.

This cucumber kimchi can be eaten right away but will taste better after a day or two in the fridge. This is a quick kimchi not intended for months of storage.

Hope you get a chance to make this easy and refreshing summer kimchi before the summer is over! It will be excellent with your Korean BBQ! 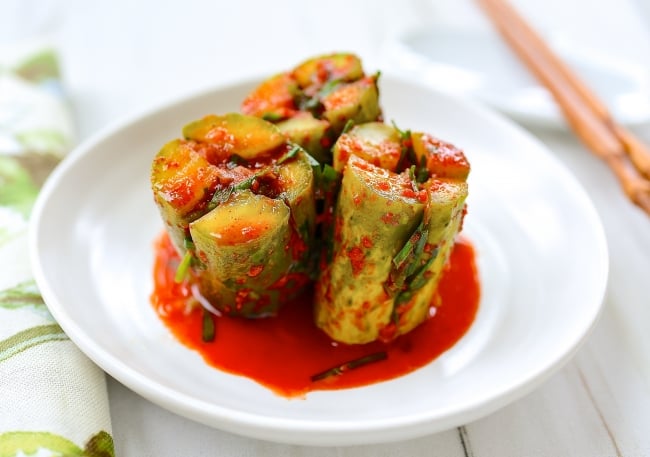 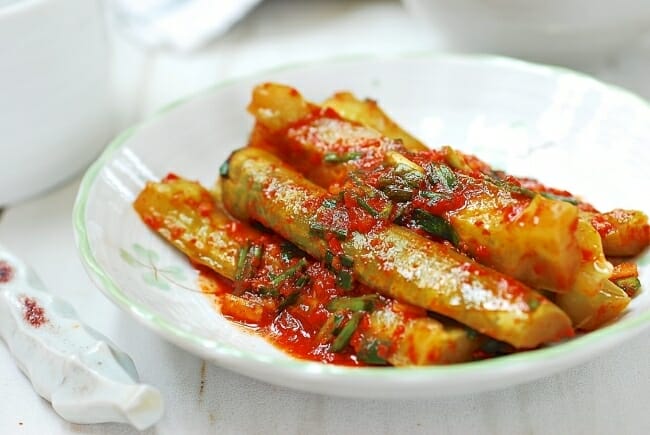 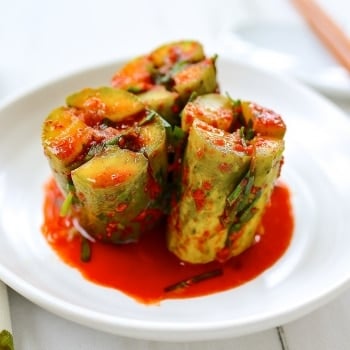 This cucumber kimchi can be eaten right away but will taste better after a day or two in the fridge. It will keep well for a couple of weeks. Originally posted in August 2012 and updated here with an improved  recipe and new photos.
Tried this recipe?Mention @koreanbapsang or tag #koreanbapsang!

This oi sobagi recipe was originally posted in August 2012. I’ve updated it here with minor changes to the recipe and new photos.