Daegu tang (or daegu jiri) is a mild Korean fish stew made with cod fish and vegetables. Refreshingly delicious! 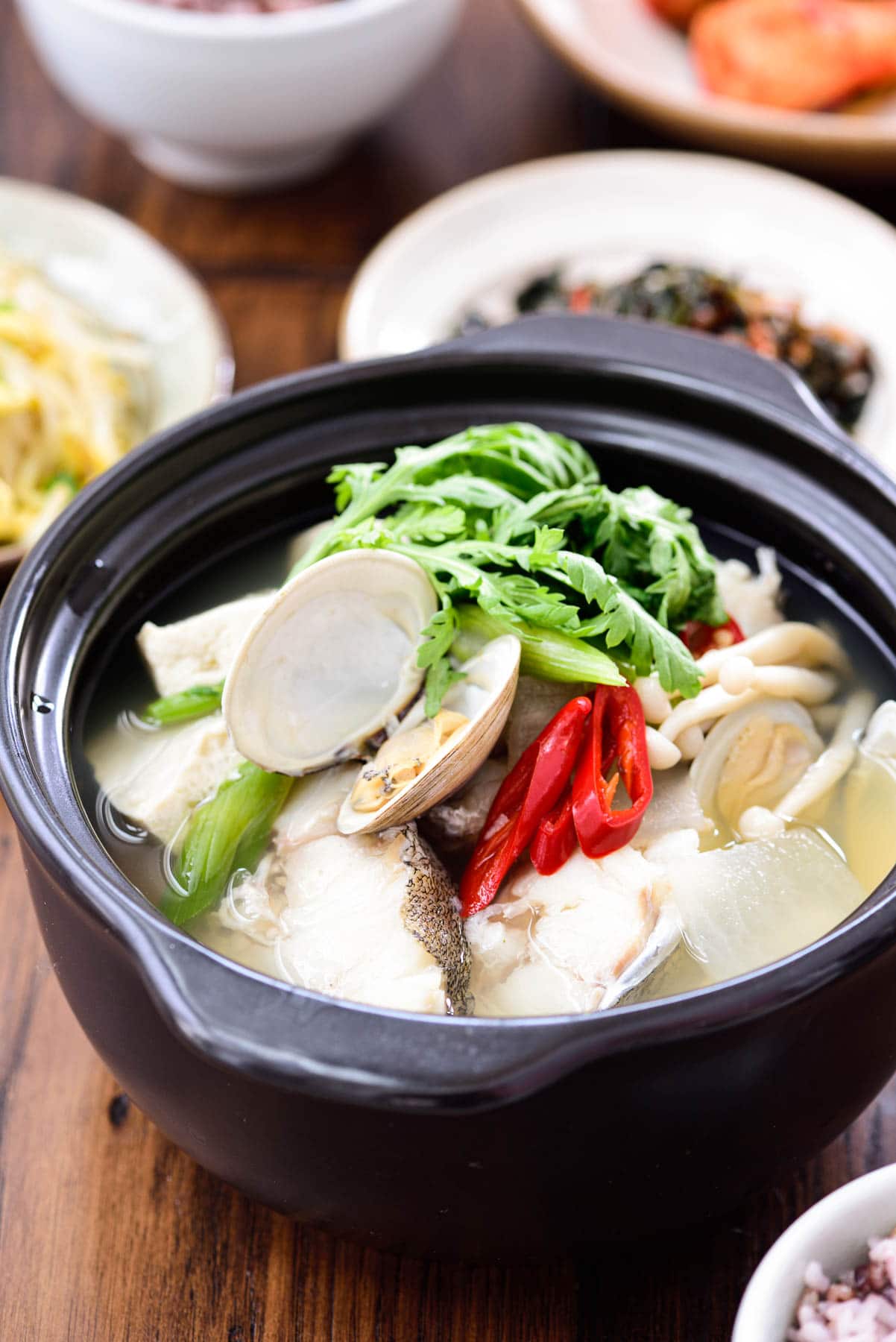 If you think all Korean stews are spicy and pungent, you’re in for a pleasant surprise. Called daegutang (대구탕), this delicate stew made with cod fish, daegu (대구), is highly popular in Korea. This stew is very refreshing and satisfying! I love its subtle yet deep flavor! It’s a healthy, warming stew.

Cod fish is mild-flavored and has white flaky flesh. There are two distinct types of stew made with cod fish – spicy (daegu maeuntang) and mild (daegu tang or jiri). You can probably find both dishes on the menu at most Korean restaurants.

Although it will no longer be called daegutang, you can also make a similar stew with any mild-flavored white fish, such as sea bass, tilapia, halibut, grouper, etc.

The broth should be light to highlight the natural taste of the fresh fish. Of course, the fish must be very fresh! Dasima (kombu) broth or Anchovy broth can be used for this dish to add depth to the stew. In this recipe, I simply boiled a piece of dasima with Korean radish (mu) to make a stew base. I also like to throw in some clams or shrimp to add another layer of flavor to the broth. 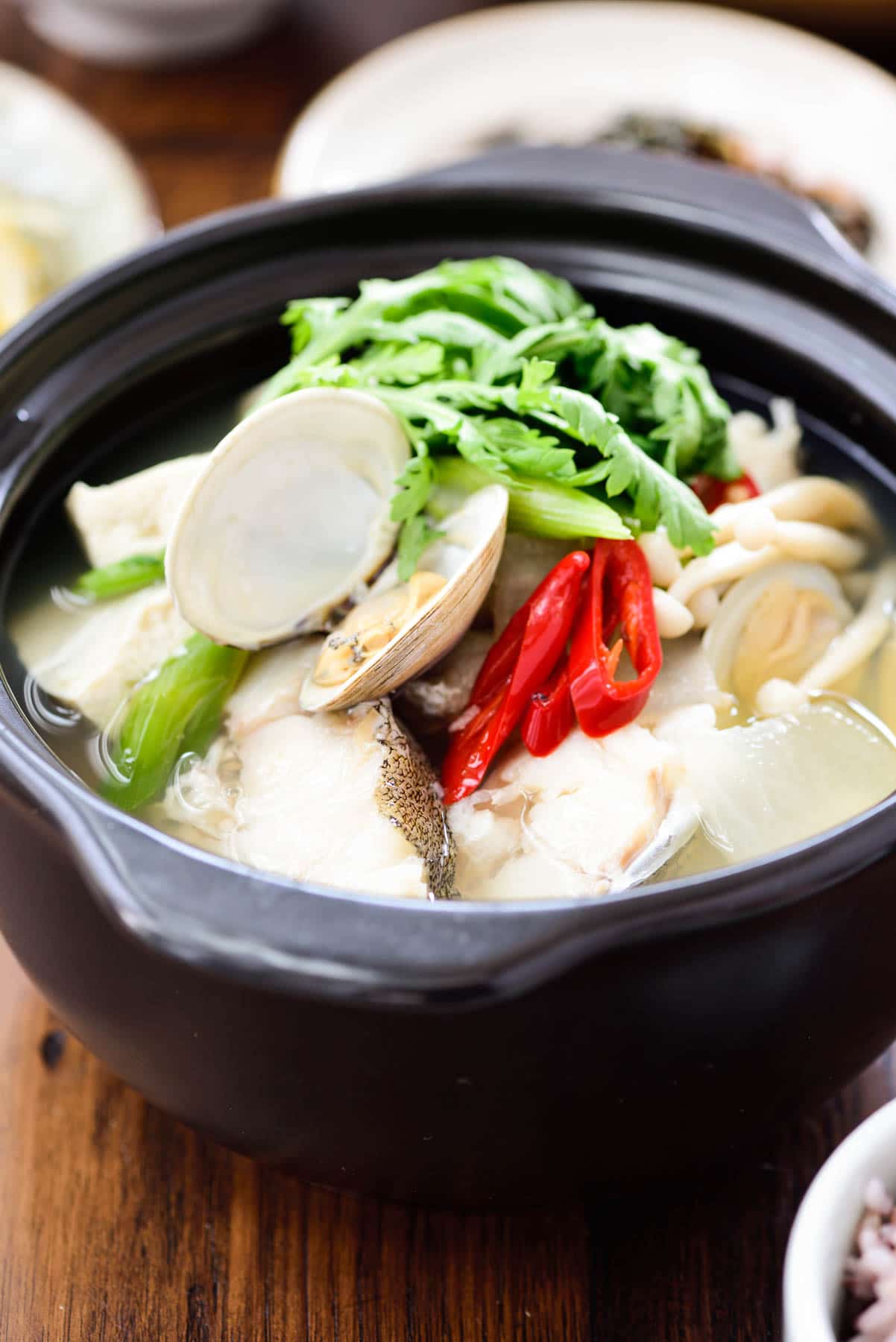 The main vegetables used in this dish is Korean mu (white radish) and scallions. The radish is often used in a Korean soup or stew broth because it adds refreshing flavor. You can also use napa cabbage, zucchini, and/or kongnamul (soybean sprouts). It’s also typical to add a fragrant herb type vegetable for this. Ssukgat (crown daisy) and minari are most common types. You can also use watercress, if the others are not available. The chili pepper adds a nicely clean spicy kick, but it can be omitted.

You only need a little bit of each one you decide to use. All these vegetables can be used for other dishes such as baechu guk and mu guk or namul. 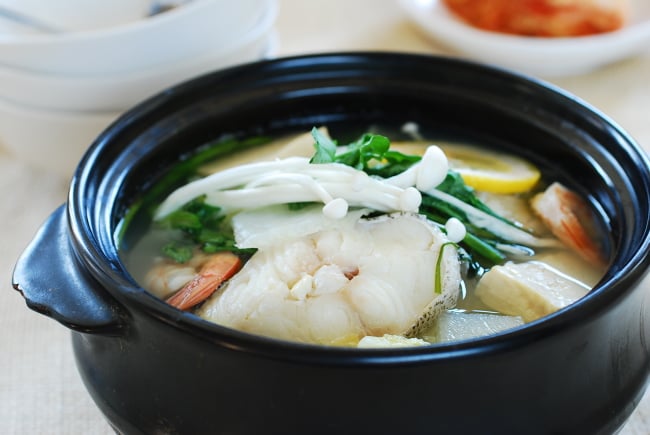 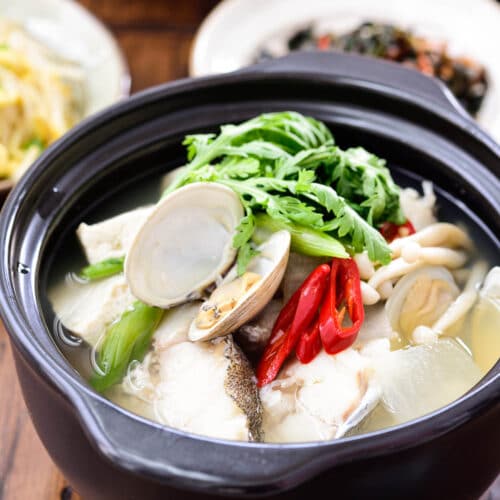 The original daegutang recipe was published in February 2012. I’ve updated it here with new photos, more information and improvements to the recipe.