A soy braised cod fish with a little bit of spicy kick from gochujang and chili peppers! Simply delicious! 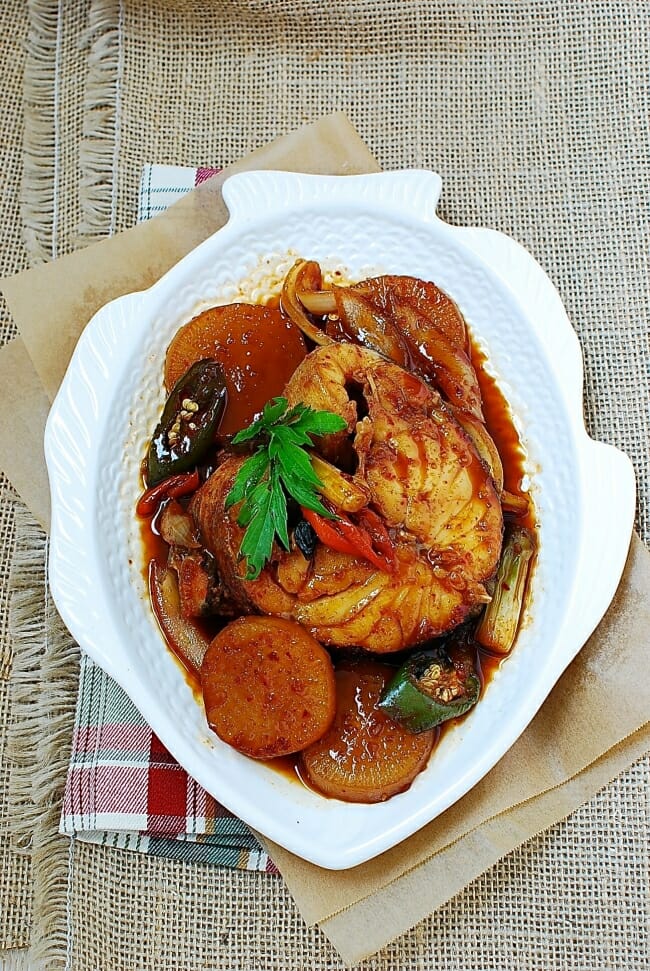 Whenever we go to NYC, we make every attempt to drive out to Flushing, where there is a high concentration of Korean restaurants. Last time we ate at one of favorite restaurants, I had a wonderful dish called daegu jorim (soy braised black cod, aka sablefish). I enjoyed it so much I decided to make it at home.

Jorim refers to dishes that are braised or cooked in a sauce. (See my dubu jorim and gamja jorim). Braised fish is very popular in Korean cuisine. It’s made with just about any fish. Typically, chunks of white radish (mu, 무), onion, and chili peppers are also added.

If you can’t find a white radish, substitute it with potatoes.

Black cod is a premium white fish that has silky texture and sweet, delicate flavor. It’s native to the Pacific, so it’s expensive and not widely available here in the East Coast. I used Atlantic cod in this recipe instead. You can also use Pacific cod or any white flesh fish such as sea bass.

I first boil the sauce with the radish and aromatic vegetables until the radish turns soft. Then, the fish is added to the thickened sauce that is full of flavors. I use this method so I don’t overcook the white delicate fish that doesn’t take much time to cook.

It’s the perfect sweet and savory combination, with just enough heat from gochujang and chili peppers, that makes this dish so great! 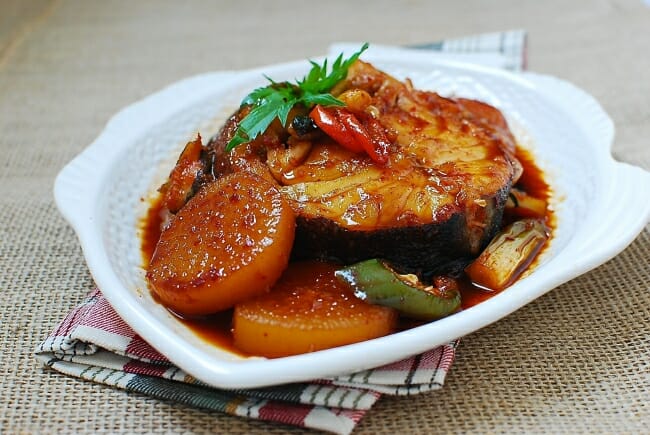 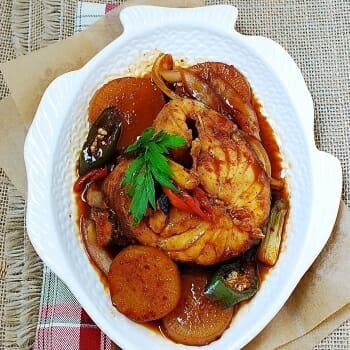