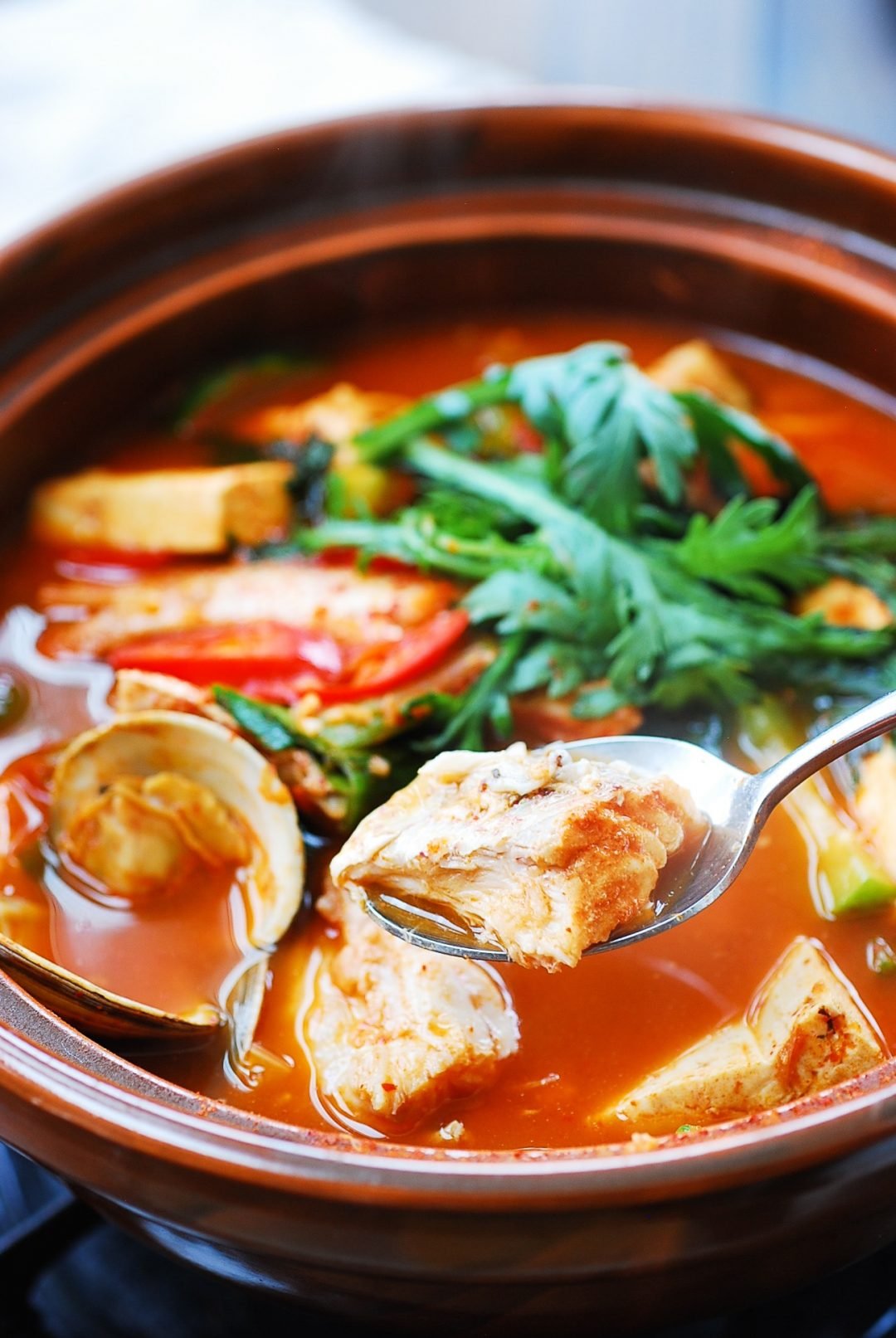 One of the classic Korean stew dishes is this spicy fish stew, called maeuntang (매운탕). In Korea, maeuntang is made with all sorts of fish, including freshwater ones. For this recipe, I made it with a red snapper (domi, 도미), which has a firm, white flesh with a mildly sweet and nutty flavor.

Maeuntang is a general term for spicy stews, but it’s commonly used to refer to spicy fish stews. “Maeun” means spicy. “Tang” is a term used for certain types of soup (guk), such as seolleongtang and galbitang, or sometimes for certain types of stew (jjigae) dishes, such as gamjatang and maeuntang. Traditionally, the term “tang” was used for elaborate soups or stews, but it’s loosely used in modern days.

For this stew, you can use any firm, white flesh fish. Cod fish (daegu, 대구), monkfish (agu, 아구), black rockfish (wooreok, 우럭) and yellow croaker (jogi, 조기) are some of the common ones. 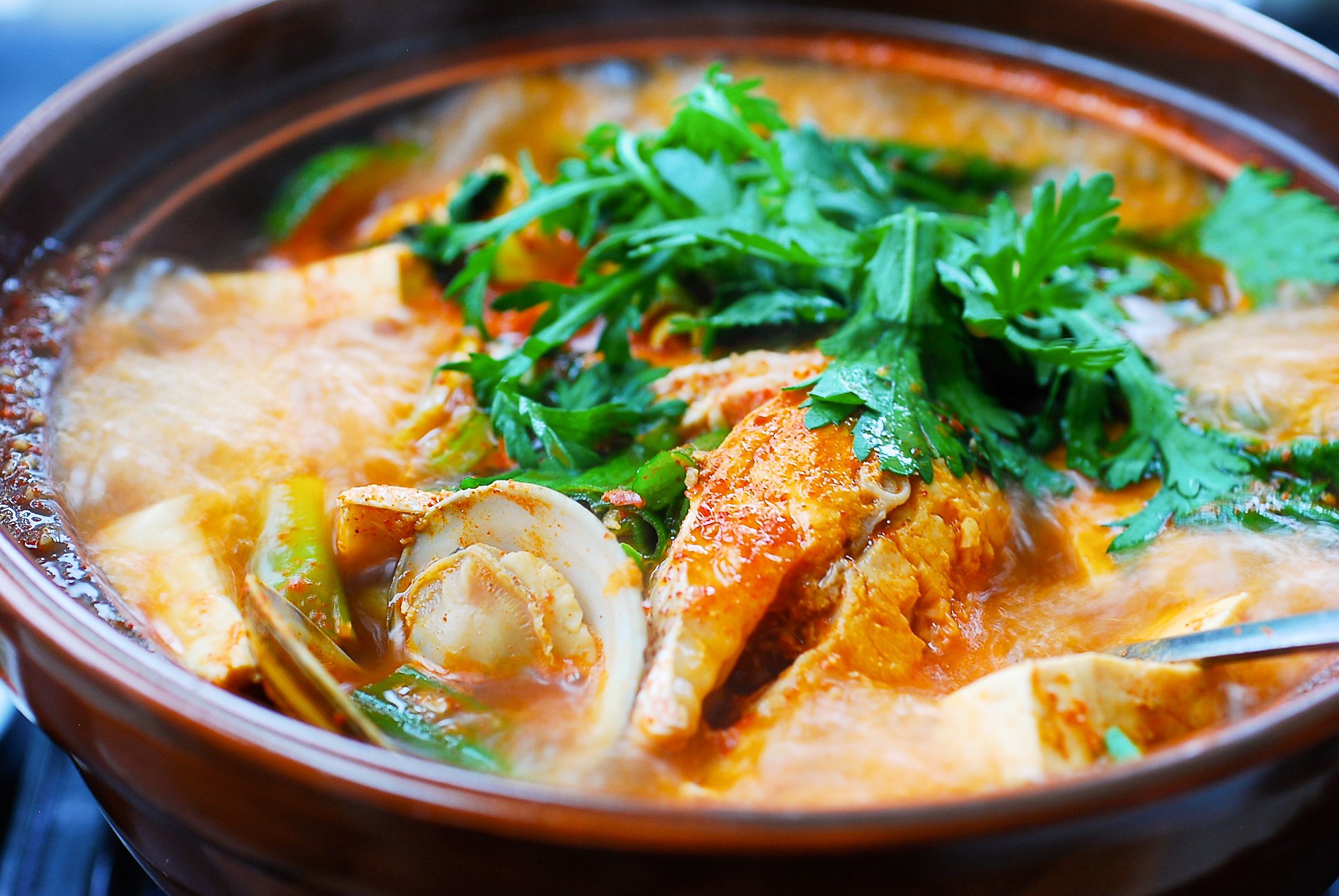 We normally use a whole fish cut up for this dish, including the head and bones. You can ask the fishmonger to clean and cut it for you. If preferred, use fish fillets, but the head and bones are great for flavoring the stew. Be sure the fish you buy is absolutely fresh!

In Korea, a great number of restaurants specializing in seafood have an aquarium(s) in house, where live fish are kept. This reminds me of maeuntang we had in Tongyeoung last fall, a southern coastal city of Korea. We arrived late and very hungry. After being turned away by several restaurants which were closing, we were invited in by a nice lady at a small restaurant. She made us maeuntang with a couple of fish she caught from her fish tank outside. She also allowed me in her kitchen to watch her making the stew. Her maeuntang was a memorable one! 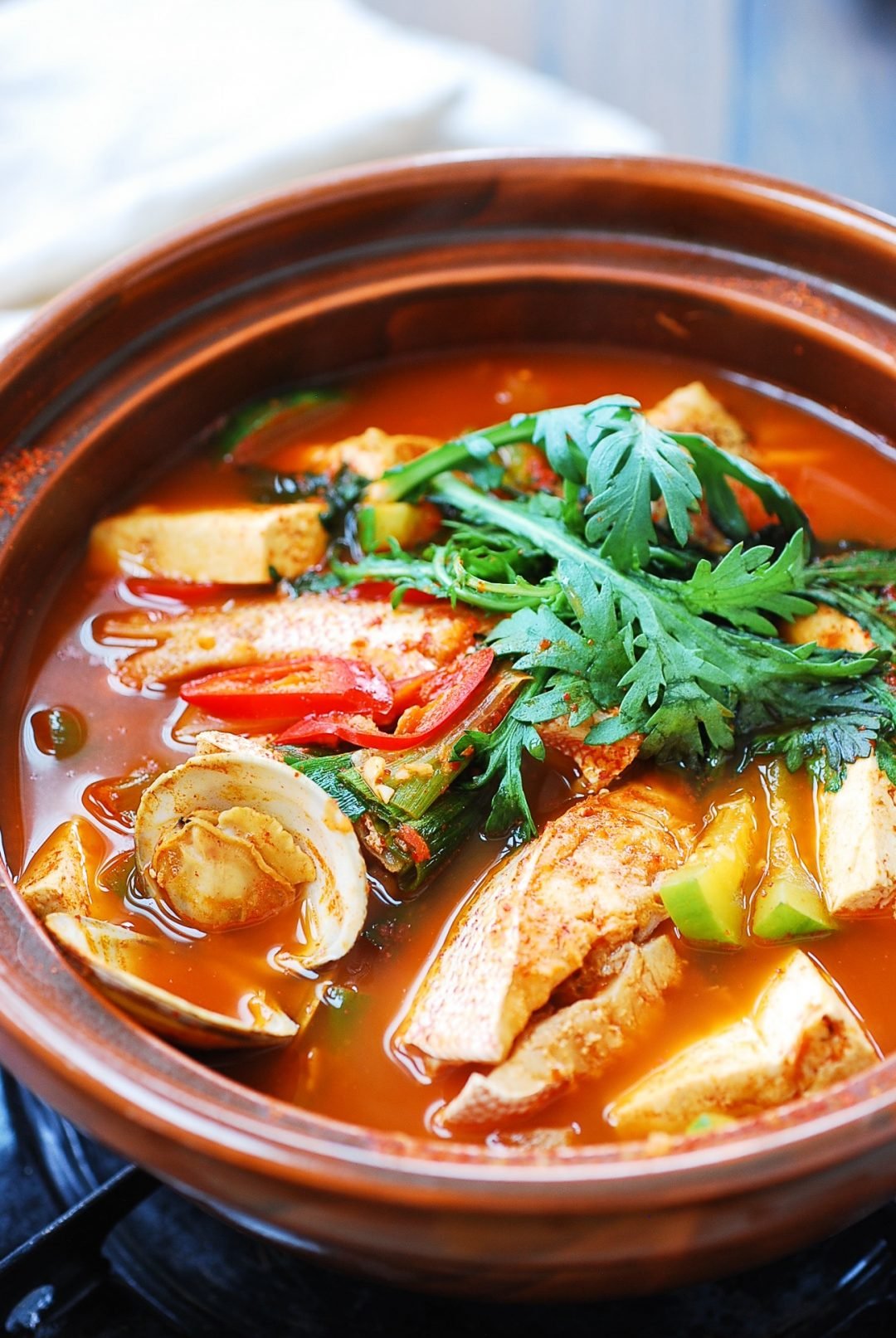 As with most of Korean stews (jjigae), anchovy broth is used for this dish to add depth to the stew. I like to throw in some clams (or shrimp) to add another layer of flavor to the broth.

Finally, adjust the spicy level to your taste by reducing or increasing gochugaru. For a mild tasting fish stew, see my daegu tang recipe. 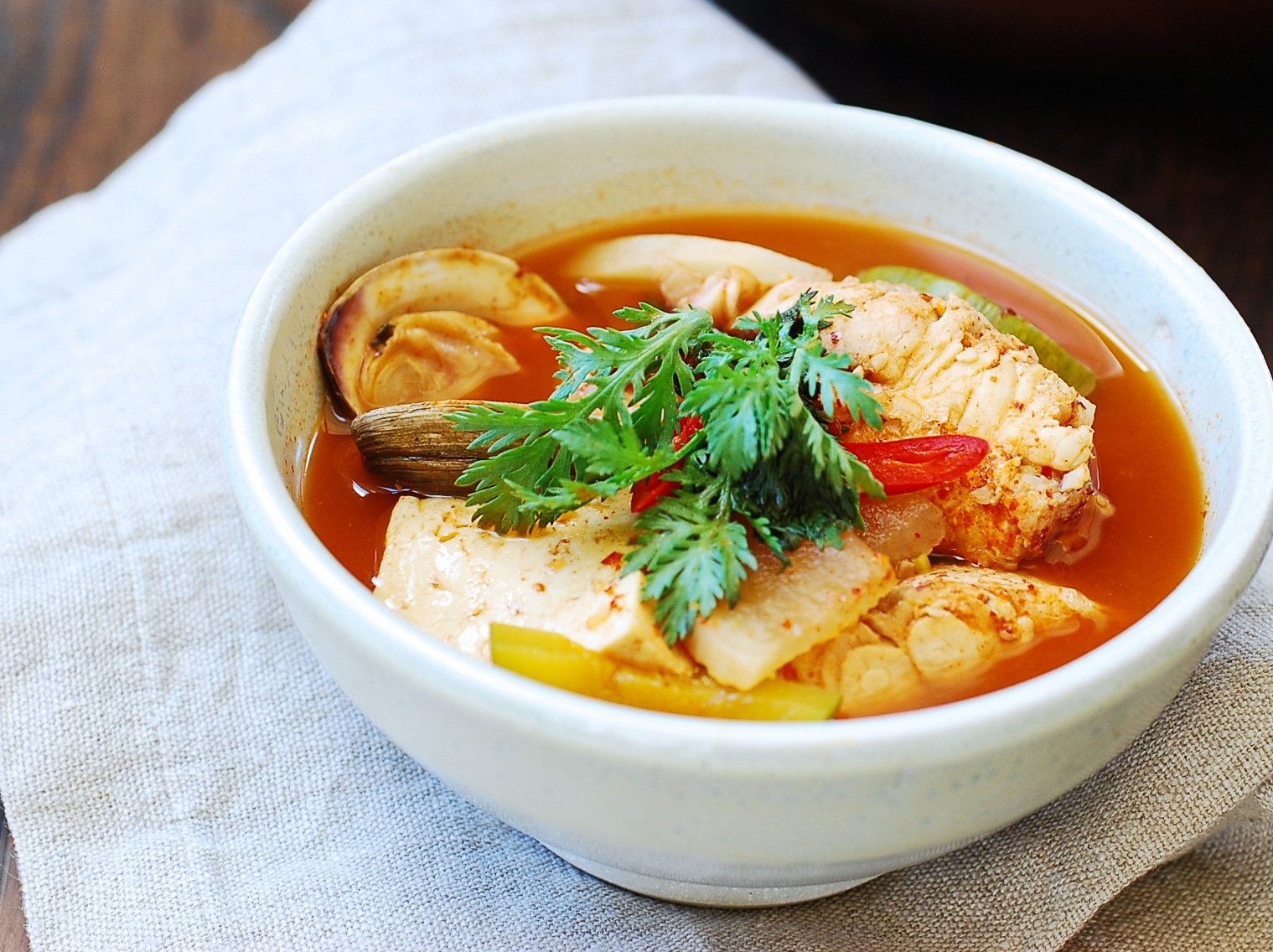 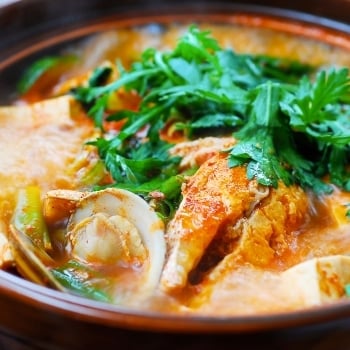