Pa muchim is a simple scallion side dish that’s commonly served with grilled meat dishes. So simple and delicious! 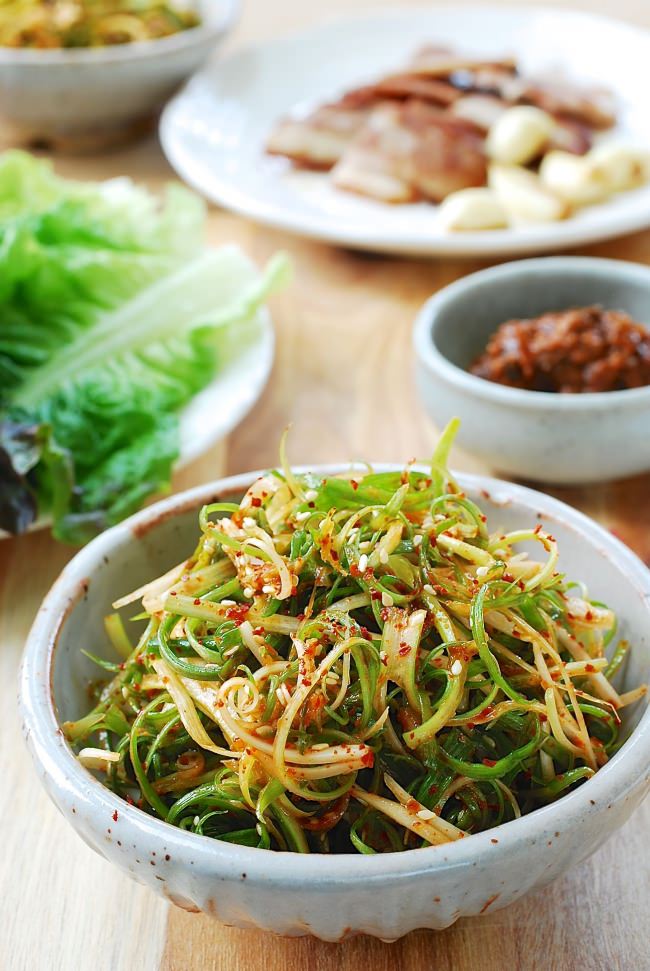 What is pa muchim?

If you have to cut it yourself, it’s not that hard with a regular knife. It doesn’t have to be cut perfectly uniform. Once soaked in cold water to remove a bit of pungency and slimy substance, the scallions become perky and nicely curly. 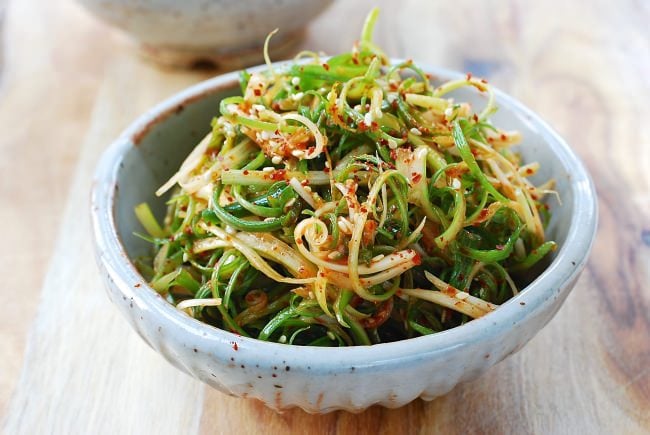 How to make Korean scallion salad

There are several ways to dress up the scallions. One popular way is to simply toss them with sesame oil, gochugaru, and sesame seeds. This is a nice option when serving with ssamjang for ssam (lettuce wraps). Due to the lack of salt, it stays fresh longer, so this version is favored by restaurants.

Another option is to fully season by also adding either soy sauce or salt along with sugar and vinegar. Once the salt content is added, the scallions wilt down very quickly, so be sure to dress it right before serving. 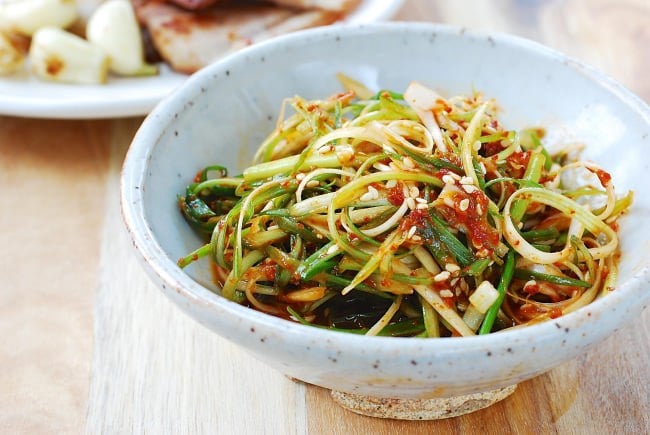 I am showing you how to make both options here. Try them both and see which one you like better! The measurements here are only guidelines, adjust to your taste.

Wondering how to keep your leftover scallions fresh? Have you had scallions go bad in the fridge? In the winter, I keep them in a glass of water. They stay fresh and even grow taller. During warm weather, I plant them in a pot of soil, and pull them whenever I need to use them. 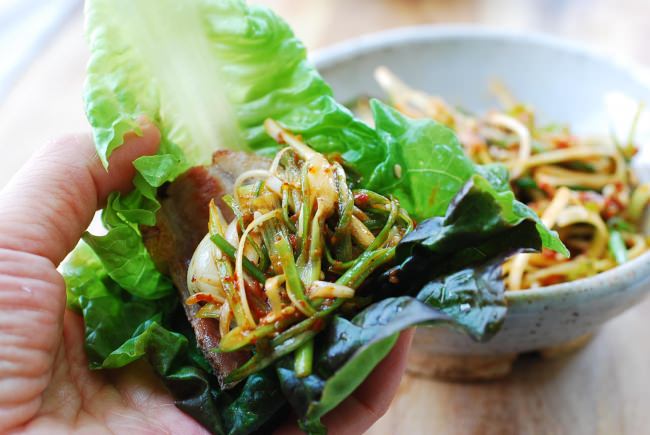 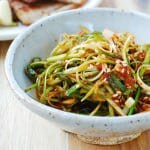