This slow cooker pork belly (samgyupsal) dish can be enjoyed as bossam (pork wraps) or simply as a main dish with some salad vegetables. 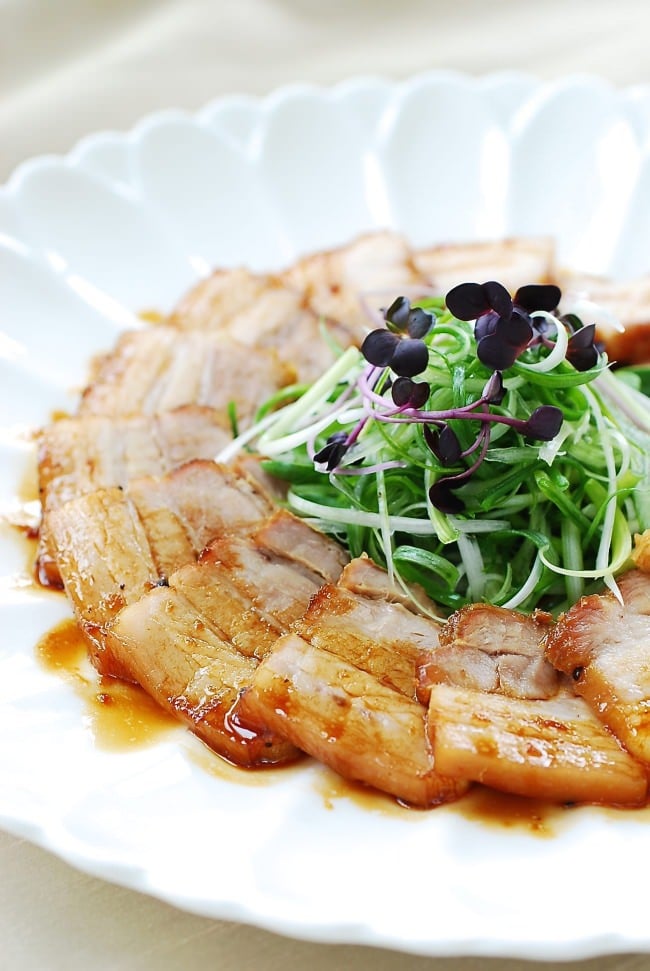 Back in March, I posted my slow cooker beef shank recipe and said there will be another slow cooker recipe coming soon. This one is a slow cooker version of the boiled pork, similar to bossam (보쌈, pork wraps). However, in this recipe, I created a sauce to drizzle over the pork belly. As such, it’s great to serve it as is with pachae (scallion salad) or some fresh salad vegetables. You can, of course, enjoy it as bossam with vegetable wraps.

Slow cooking pork belly renders more fat than boiling if you are concerned about the fat content of pork belly.

Sometimes, I use Boston butt (moksal, 목살) or picnic shoulder (apdarisal, 앞다리살), which also works nicely. If you’re using a big roast cut, simply cut it into 2 to 3 thick strips so the seasoning can better penetrate the meat.

Speaking of the seasoning, I used a tablespoon of doenjang (Korean fermented soybean paste) along with garlic, ginger, salt and pepper. Doenjang is commonly used in Korean cooking to flavor pork, and I also use it for the boiled version of this pork belly. You can omit it and simply use more salt if you want (I do that sometimes). 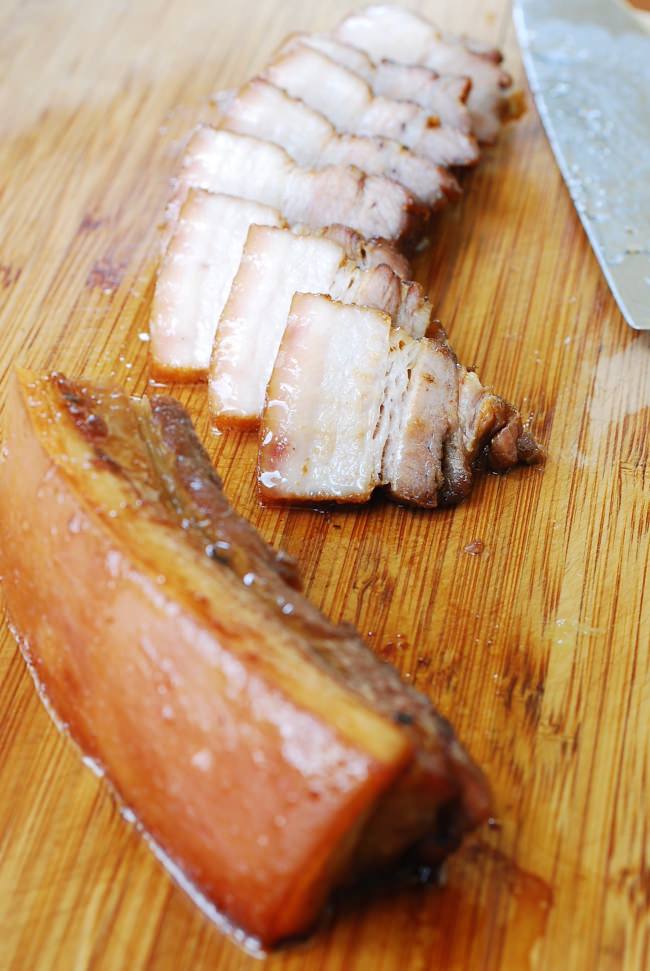 After 3 hours, the meat was tender enough but firm enough for slicing. My old slow cooker takes an additional 30 minutes to an hour to come to the same tenderness. I bought a new slow cooker mainly to test cooking time because the other one is very old. I’ve noticed a vast difference between the two. So, adjust the cooking time depending on your slow cooker, how thick your meat is, and how tender you’d like it to be.

For this recipe, I seared the meat in a pan with a simple sauce to kick it up a notch. This adds a nice flavor and color, but it’s an optional step. You can also double the sauce recipe and drizzle over the pork slices to serve. I recommend this if you’re serving it without cabbage or lettuce wraps.

For a collection of slow cooker (or crock pot) Korean recipes, visit here. 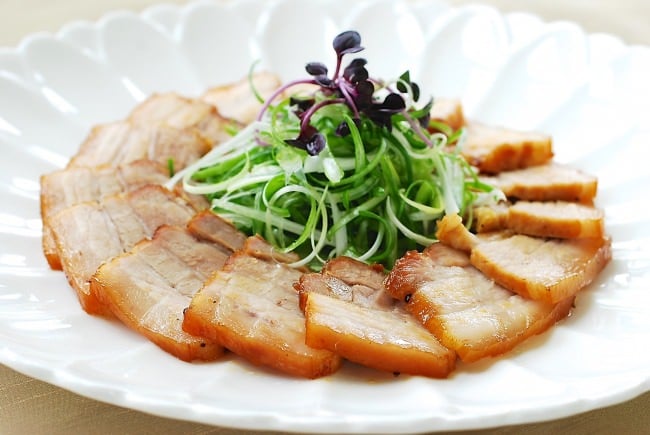 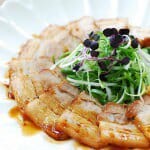 Seasoning for the pork