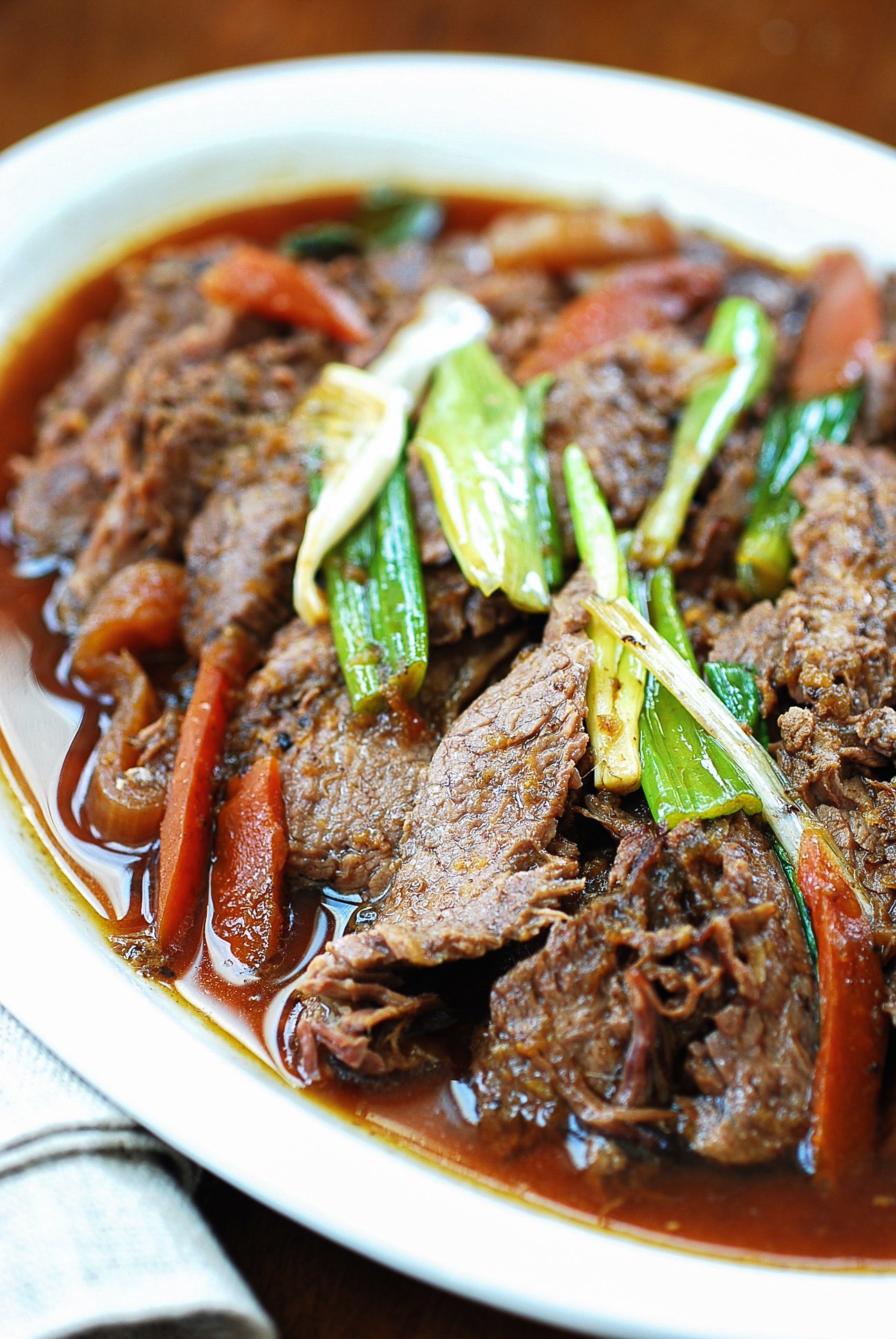 After about 4 hours on high, it was perfect for thinly slicing. Newer slow cookers may take less time than mine. If you cook it too long, it will fall apart when you try to slice thinly. It will still taste good, but do not cook too long if you want to be able to slice the meat. 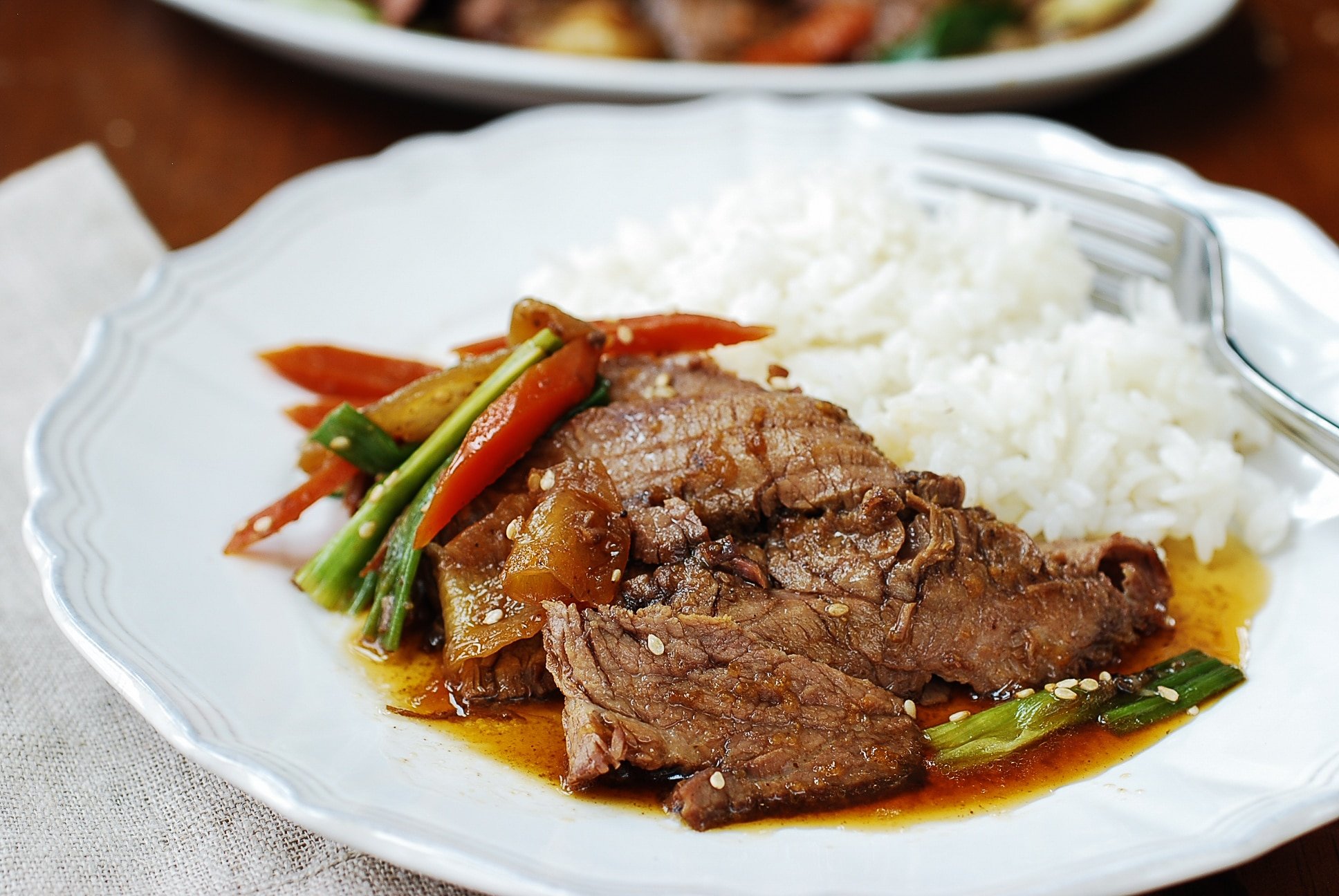 Flank steak is a tough but lean cut of meat. It works pretty well in the slow cooker with the help of a bit of acidity and enzymes that are in the cooking liquid. Brisket will work well too.

If you use other types of roast, such as chuck or round, make sure they are not too thick, so the meat is mostly submerged in the cooking liquid while being cooked.

As I mentioned in my traditional bulgogi recipe, it’s important to find the right balance between saltiness and sweetness for authentic bulgogi.

The liquids in the recipe add up to a little over a cup. After cooking, you will end up with more than double the amount because the meat and vegetables release plenty of liquid.

The cooking liquid is very tasty as a sauce! It reminded me of the old-fashioned bulgogi from my childhood, which was cooked with beef broth. The resulting light, sweet and savory sauce was so delicious mixed in with rice. 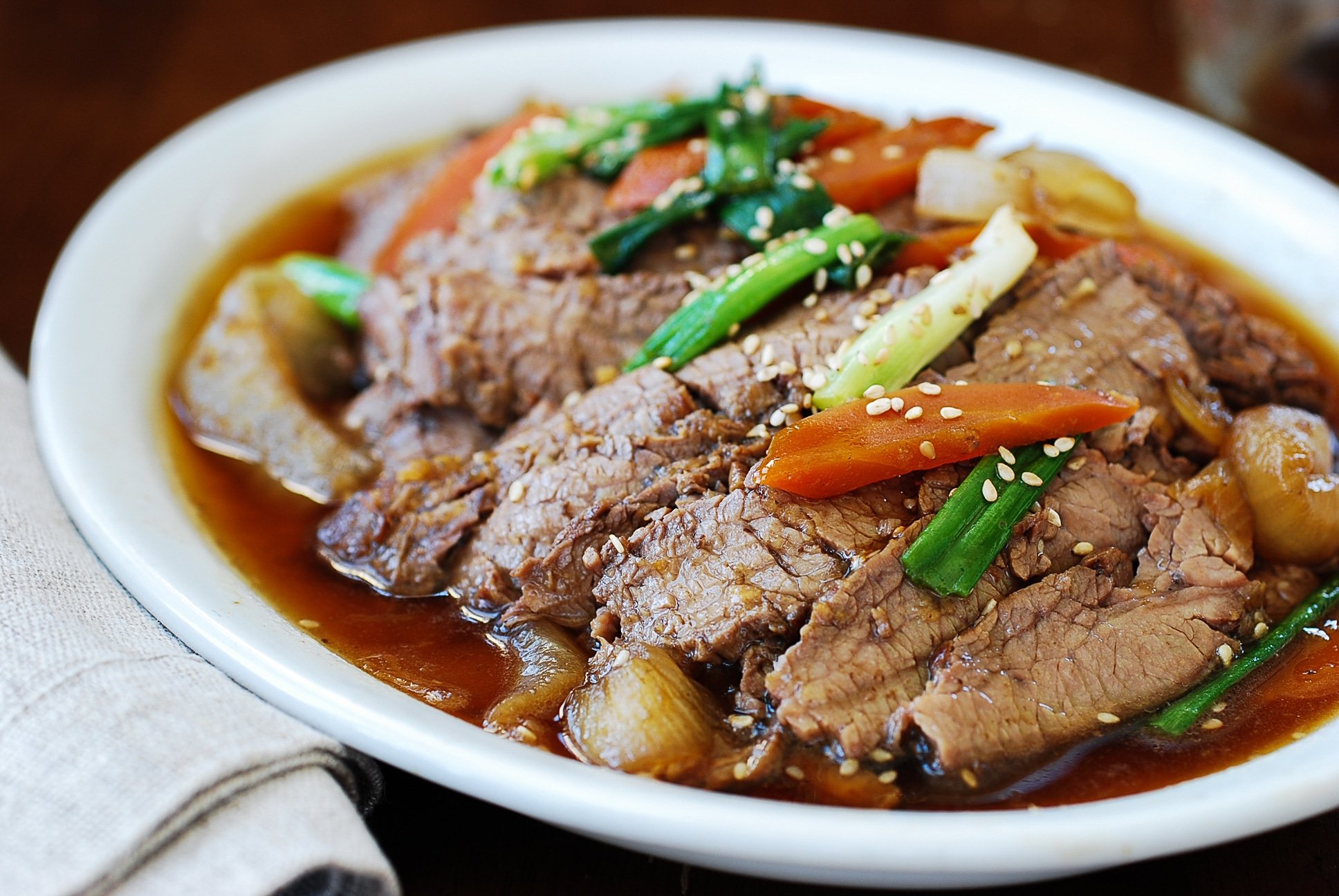 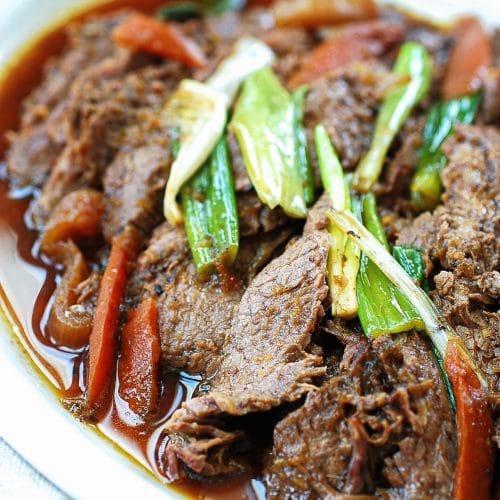 You can reduce the sauce if you want by boiling, but the sauce is light and tasty as is.
Keep the leftover meat in the sauce in the fridge. It will reheat in no time, preferably over the stove top.
Tried this recipe?Mention @koreanbapsang or tag #koreanbapsang!