Moist, tender, and flavorful Korean braised chicken (dakjjim) made in the slow cooker! 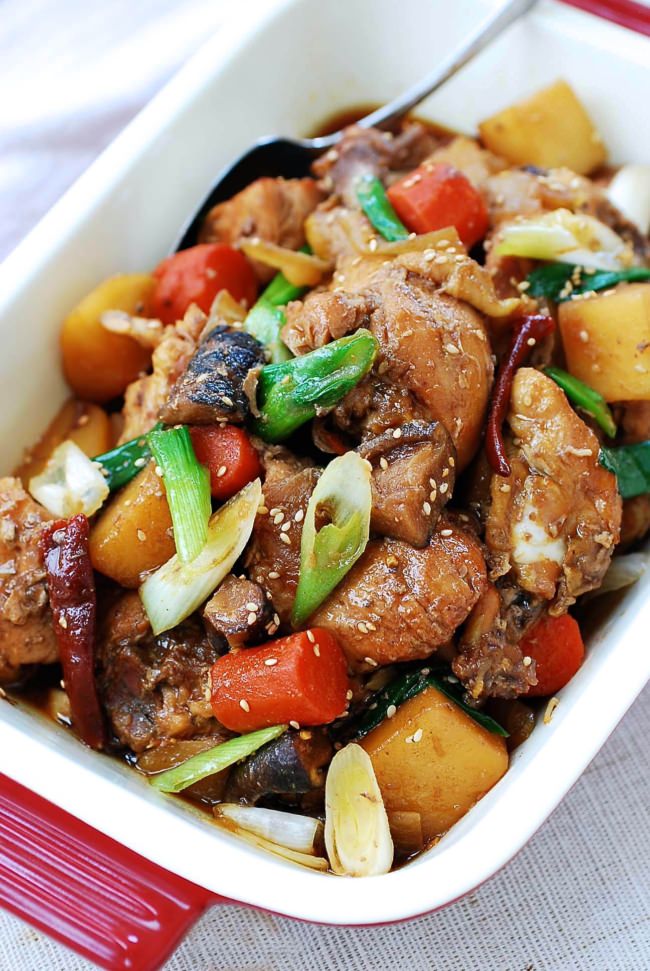 This slow cooker chicken recipe is adapted from my stove top dakjjim (also called jjimdak) recipe. I love the results! Thanks to my 11-year old Crock-pot, it takes much less effort on my part to make this moist and tender chicken that’s full of flavor.

A frequently asked question on my slow cooker recipes is whether any water or broth is needed in addition to the sauce in the recipe. The answer is no! Slow cooking brings out a lot of natural juices from the meat and vegetables with little evaporation. So, you’ll end up with much more liquid than you started with.

If you’re buying cut-up chicken, bone-in and skin-on thighs and drum sticks will be the best for this recipe because they lend much more juice and flavors to the sauce.

Unlike dakdoritang (닭도리탕), a chicken dish that is cooked in a red spicy sauce, this dakjjim recipe is braised in a sweet and savory sauce. It gets the spicy kick from fresh or dried hot peppers. You can always leave them out if you or your kids don’t care for spicy food. 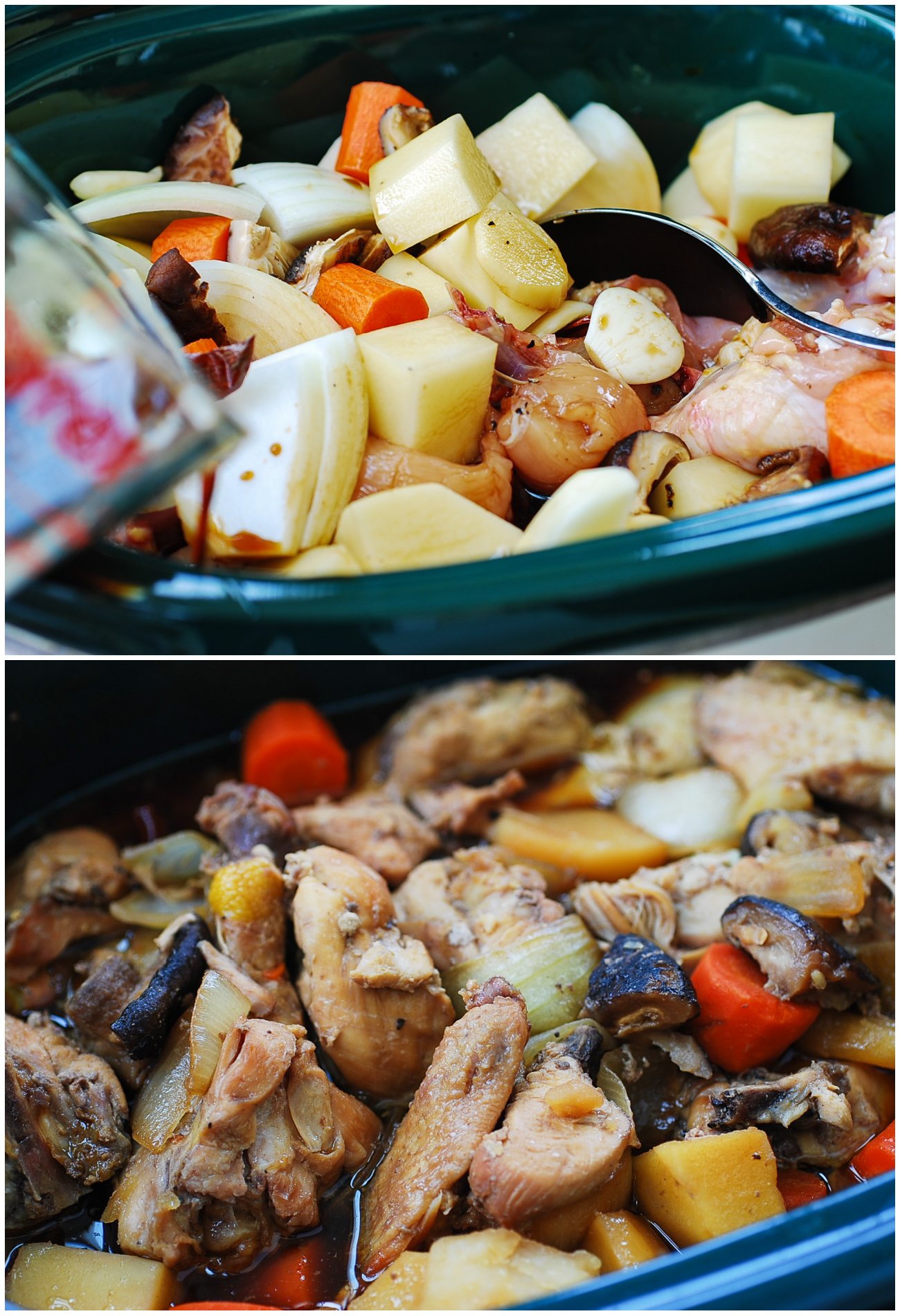 The cooking steps are pretty standard for slow cooker recipes – prepare the ingredients, place them in the slow cooker, and cook either on high or low heat.

In this recipe, I added an optional extra step at the end, which I think completes the dish nicely. Pour everything into a large pot and boil over high heat on the stove top, uncovered, for a few minutes, to achieve a slightly thick, glossy sauce. 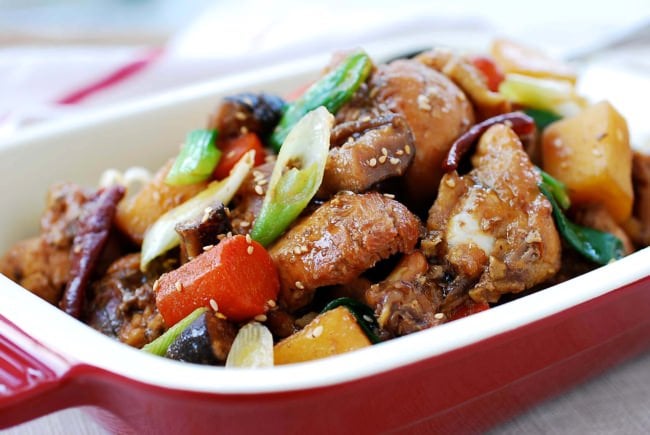 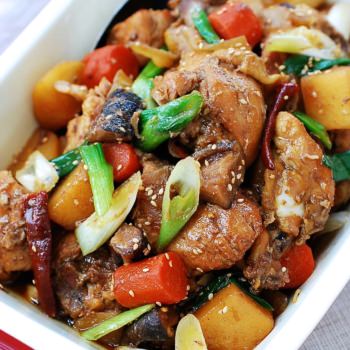